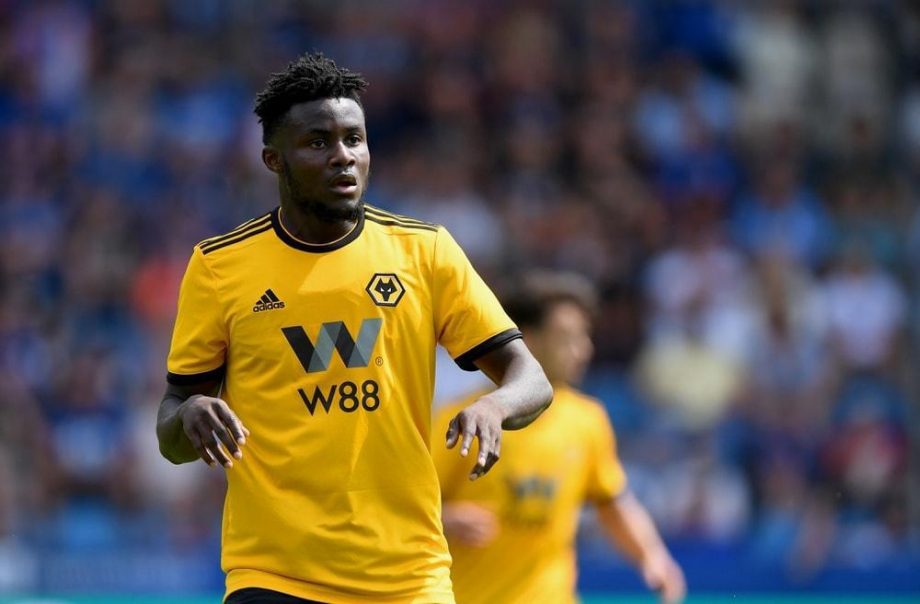 Bright Enobakhare in a Wolves shirt

The Reds and Golds have completed their quota of overseas players by signing the 22-year old Nigerian forward after signing six foreign players before the start of the season. Danny Fox, Scott Neville, Matti Steinmann, Jacques Maghoma, Aaron Amadi-Holloway, and Anthony Pilkington were the six overseas players signed ahead of the season.

SC East Bengal manager Robbie Fowler is absolutely delighted with the signing of Enobakhare who could be the solution to East Bengal’s problems in the ongoing Indian Super League season.

“The signing of a young, talented, and very good player adds to our squad. I will stress how young and talented he is. If you look at the foreign players who have come in, the likes of Matti Steinmann are fairly young for foreign players in this league. I have had a good few chats with him, given him our vision and our beliefs, and what we want to achieve here. He has accepted them with an open mind.”

The Nigerian striker was on the roll at Premier League club Wolverhampton Wanderers for five seasons between 2015 and 2020 and made 41 appearances in Championship, England’s second tier of football. He failed to make a Premier League appearance as he was loaned out to clubs like Kilmarnock, Wigan Athletic, and Coventry City after the club’s promotion to England’s top tier of football.

Bright Enobakhare is happy to join East Bengal and feels that he will be unlocking his potential at his new club.

“I am happy to be part of SC East Bengal. It is the biggest club in India and offers me a fresh challenge. The Indian Super League is growing at a rapid pace and I believe I can fulfill my potential there. I know the league is already underway and I have to quickly get along with the squad and I am ready for that. I am really looking forward to the challenge ahead.”