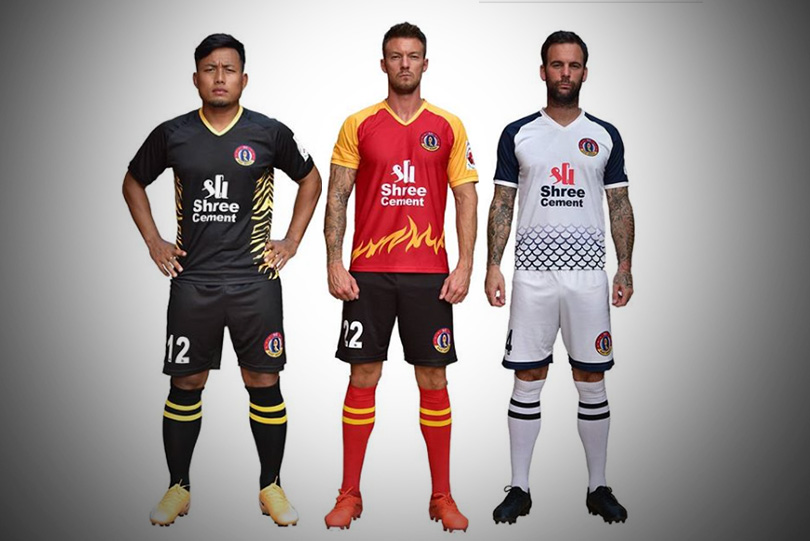 SC East Bengal has released their home, away and 3rd kit for the upcoming 2020-21 Indian Super League season.

The league’s latest entrants have been preparing hard for their first season in the country’s top tier league. The league committee sorted out the formalities and accepted the club’s bid to join the league in the last week of September. Since then, they appointed Liverpool legend Robbie Fowler as their head coach who has helped the club make a number of excellent signings. 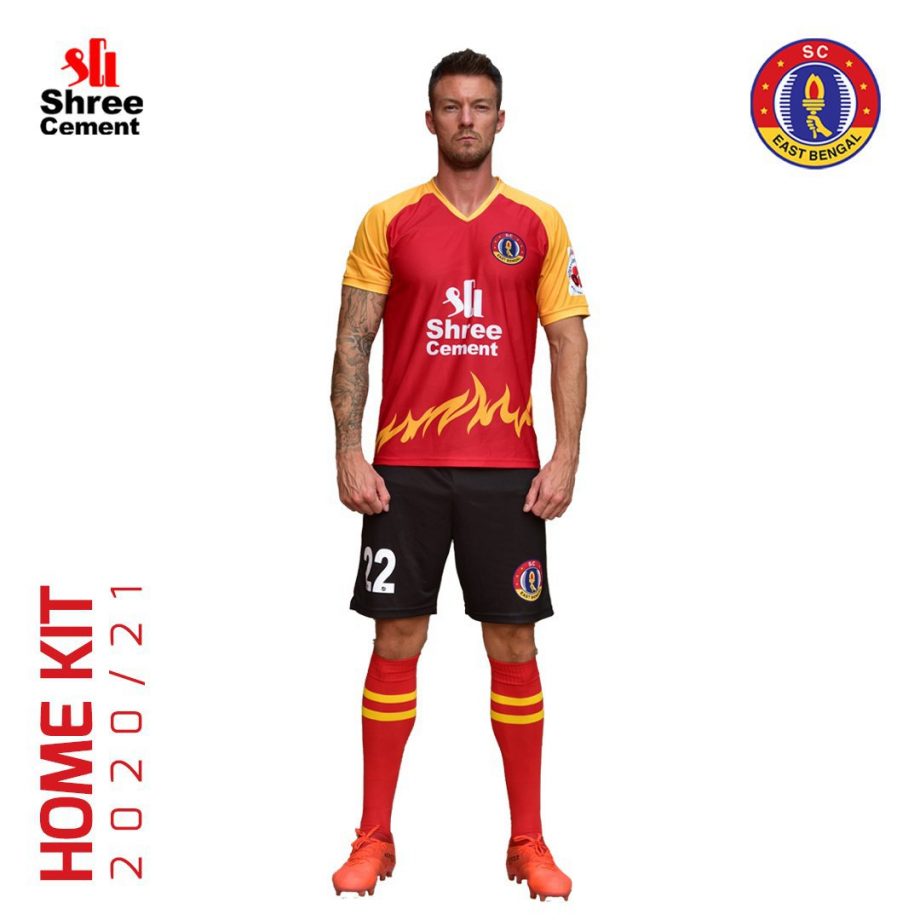 The club’s home kit consists of the iconic colors red and gold, symbolizing the flame in the club logo. Although, the first kit is not very different from the club’s home kit from the I-League 2019-20 season but the vibrant colors and the design give it an all-new look.

The red shirt with the golden sleeves and a golden flame on the lower side give it an attractive look with the Shree Cements logo adding to the beauty of the jersey. The red shirt will be worn with black shorts and red & golden socks completing the kit.

Designer Megha Nayak said that the home kit was conceptualized after keeping a number of things in mind. She said:

“It had to be simple, iconic, and distinctly recognizable from afar.” 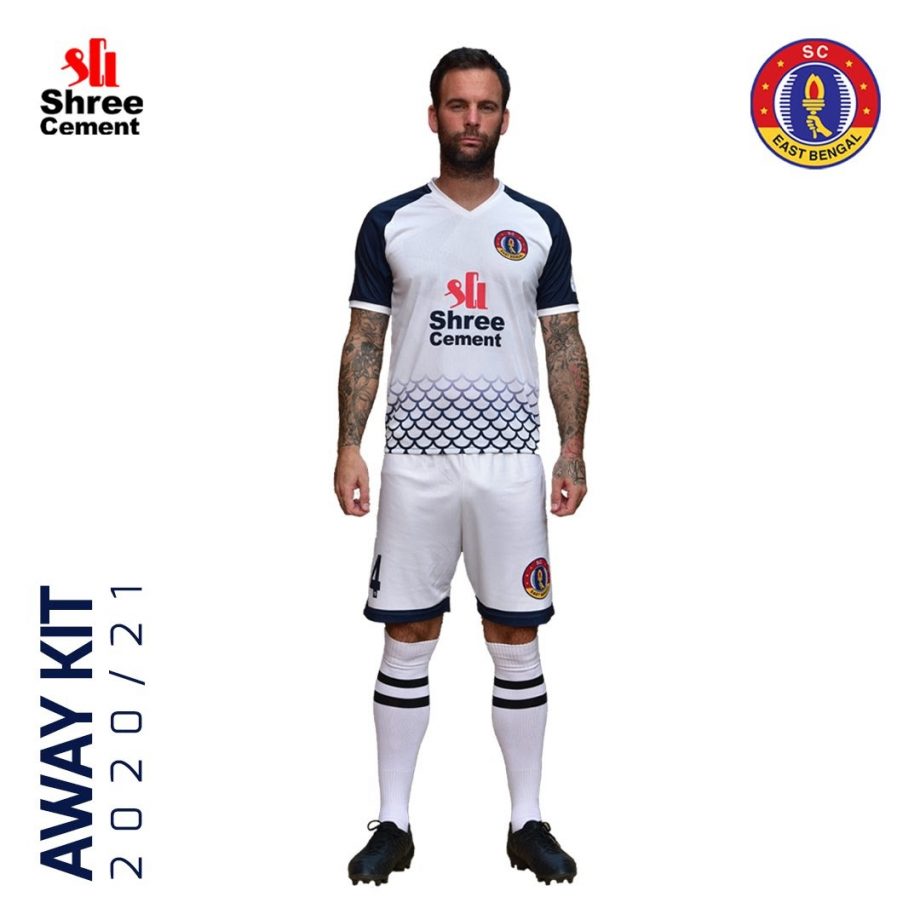 The away kit is mostly white in color, like last season but it has dark blue sleeves which give it a more personable look. The white jersey also has a fish scales design towards the lower part and it is a tribute to the Bay of Bengal and the Hilsa Fish that the club fans love on feasting after watching the club’s victories.

The white-blue shirt will be worn with white shorts and white socks with a touch of blue to give it a very clean and concise look. 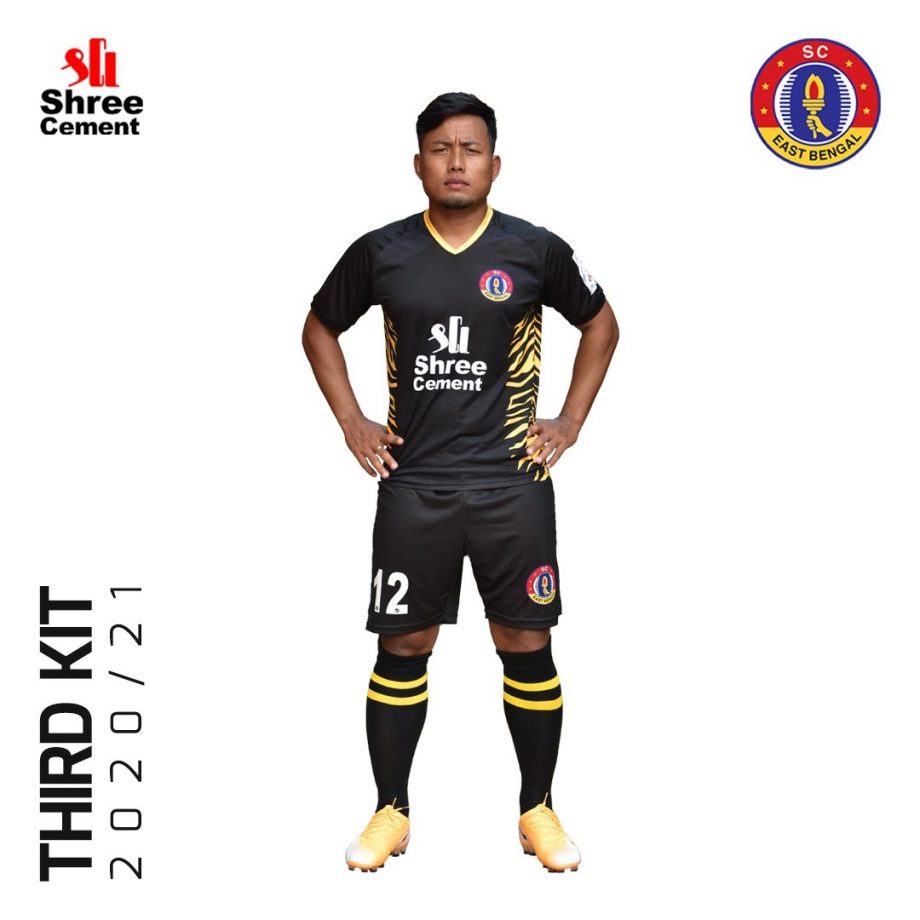 The third kit is arguably the most attractive of the three kits as the club fans are delighted to see the new jersey and are ravishing over the design of the club’s new third kit. The shirt is completely black in color with golden stripes on both sides, as a tribute to the Bengal tiger who lives in the natural habitat of the Sunderbans forest in West Bengal.

The black-golden shirt is worn with black shorts and black socks with golden stripes giving it a very classy look.