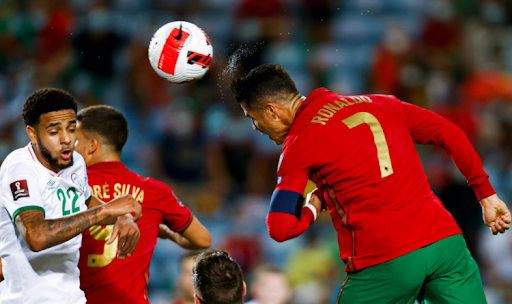 In the first half, the hosts’ forward Cristiano failed to convert a penalty as goalkeeper Gavin Bazunu saved it.

Thus, the 36-year-old brought the number of goals for the national team to 111 and set a world record, surpassing former Iranian striker Ali Daei (109).

Before that, El Bicho equaled Iranian in goals at Euro 2020.

“The important thing is always the team, I believed until the end and that’s why, with 10 minutes before the end of the game, I called for the support of the fans. We are playing at home and when we, the players, are not connecting on the pitch, the supporters’ help is essential. They gave us strength. I’m happy to help with the victory and break the record, but the most important thing is the team.”

“This record is mine and it is unique. I’m extremely happy and it’s another one for my career. The motivation comes from the desire I have to continue playing football, also from this last contract I made at Manchester United, in which I was happy to return home. If we get up every day with the ambition to do better, to make the fans and our children happy, that is essential.” he commented on breaking the all-time international goals record.

he said on the missed penalty.