Record-breaking Haaland guides Dortmund to a victory at Sevilla 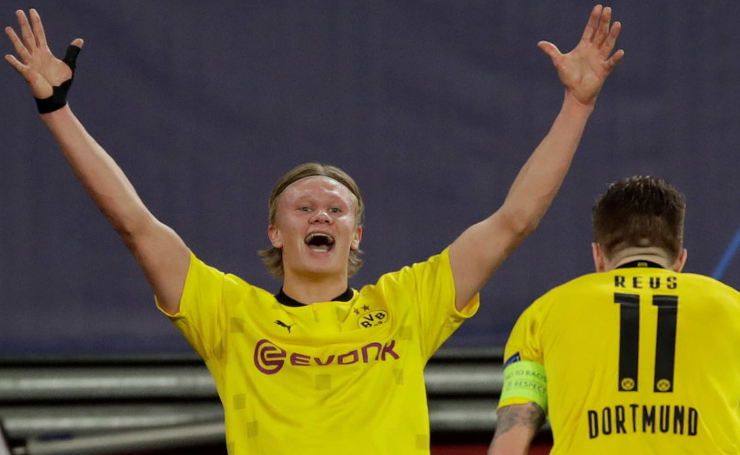 The home team made a brighter start as in the seventh minute, Suso dribbled past Jaydon Sancho and shot past. Marwin Hitz who couldn’t help since he was completely out of play after the ball ricocheted off Mats Hummel’s back. Borussia equalized 12 minutes after thanks to Mahmoud Dahoud’s glorious strike from distance.

Eight minutes later, Erling Haaland ran past Sevilla’s defence and passed the ball to Sancho to get ahead of Yassine Bounou inside the box to give Dortmund the lead. Sevilla were trying to create pressure, yet paid for their mistakes right before the half-time. Ivan Rakitic failed to pass the ball to Alejandro Gomez, and Marco Reus started a counter-attack which ended up with Haaland scoring a brace.

Sevilla head coach Julen Lopetegui was looking for a solution. After an hour of play, Youssef En-Nesyri, Gomez and Suso were subbed off while Oliver Torres, Munir and Luke de Jong stepped onto the pitch. Shortly after, Lopetegui took off Joan Jordan for Oscar Rodriguez. Los Palanganas no. 14 could’ve made it 3-2 by scoring a free-kick with his first touch but hit the post and Hitz’s hand.

However, Lopetegui’s subbed turned out to be successive. In 84 minute, Rodriguez took a corner, and de Jong headed the ball past Hitz to salvage a bit of hope before the second leg. 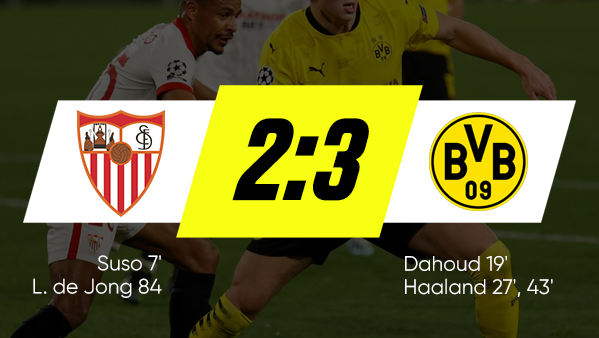