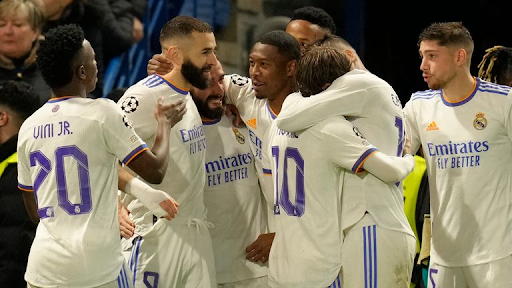 The first leg of the quarter-final ties of the 2021/22 UEFA Champions League saw a story of revenge starring Real Madrid, a story of defying odds starring Villarreal, and stories of the usually expected, starring Manchester City and Liverpool.

Check out what happened in the quarter-final first leg ties of the 2021/22 UEFA Champions League:

Real Madrid had one objective from this clash – revenge, and that, they completed in spectacular fashion. Los Blancos registered a 3-1 triumph against the very same team that knocked them out of the last edition of this competition.

Carlo Ancelotti’s team drew first blood, courtesy of a Karim Benzema strike in the 21st minute, where the France international doubled his and his team’s tally merely three minutes later. Chelsea eventually got a goal back in the 40th minute, with their beloved ‘Silky German’ Kai Havertz getting his name on the scoresheet in an important game once again.

However, the visitors scored their third in the first minute of the second half, with the Blues’ goalkeeper Edouard Mendy gifting Benzema an unputdownable chance of completing his hat-trick. 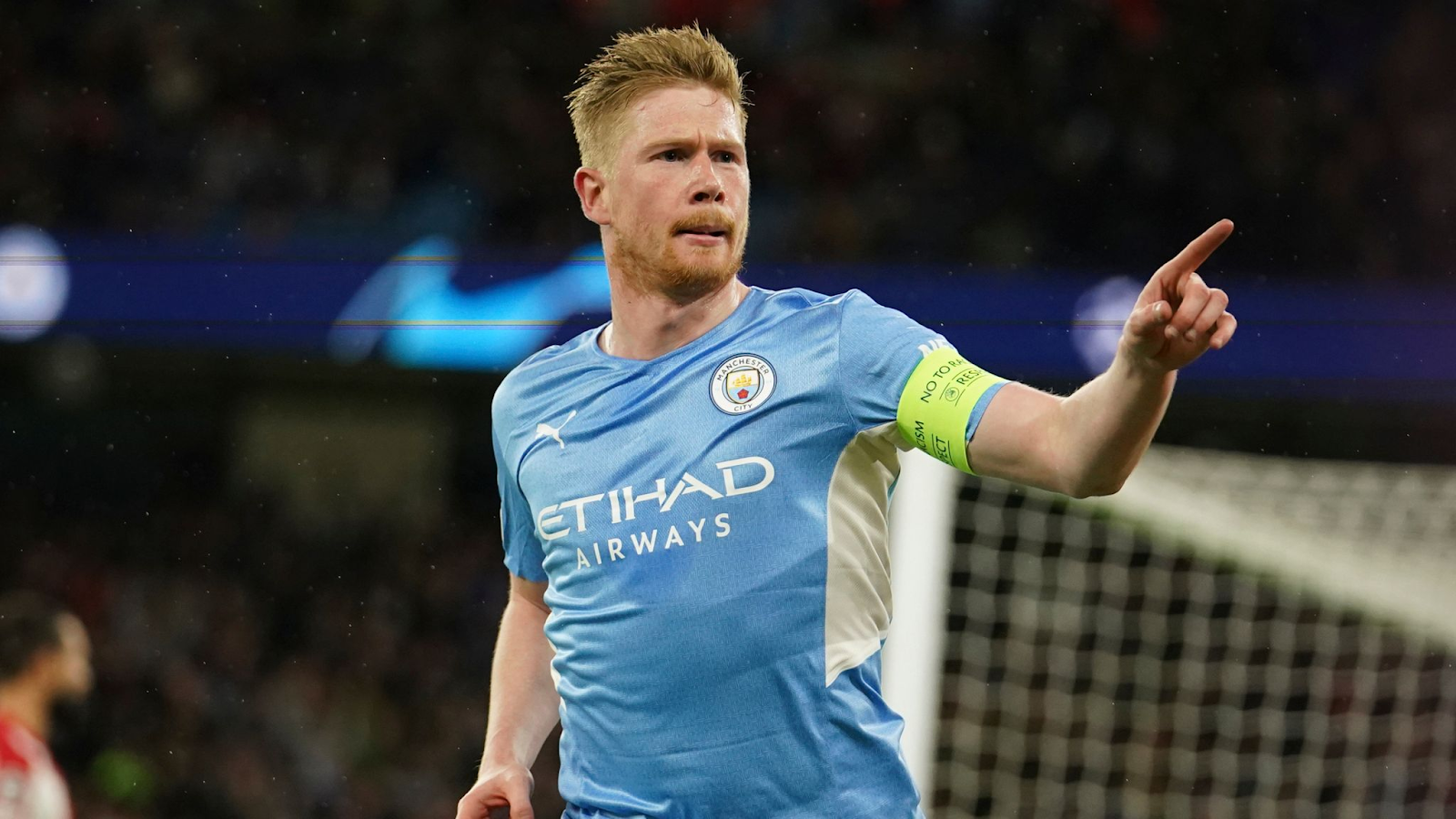 The quarter-final stage of any UEFA Champions League season is expected to feature enthralling matches among the best sides in Europe, but this particular clash could be tagged as slightly boring, for it was dominated by Manchester City right from kick-off to the final whistle.

Pep Guardiola’s men launched one attack after another, but Diego Simeone’s team was determined not to concede. Even though they failed to register a shot, Simeone must have been pleased to take a goalless equation to the break. However, the Cityzens eventually found the back of the net in the 70th minute, courtesy of a Kevin de Bruyne strike from a well-worked Phil Foden pass.

Hardly anyone would have expected Villarreal to come out unscathed against Bayern Munich, except perhaps the most optimistic Villarreal fan, but Unai Emery’s team proved once again that football is played on the pitch and not on paper, as they registered a 1-0 triumph against the mighty Bavarians.

Arnaut Danjuma Groeneveld opened the scoring for the La Liga team in the eighth minute, and from there onwards, it was all about keeping Robert Lewandowski & Co. under stern check for the next 82 minutes of the game. The hosts managed to do that quite effectively as Bayern Munich was forced to return empty-handed to Germany. 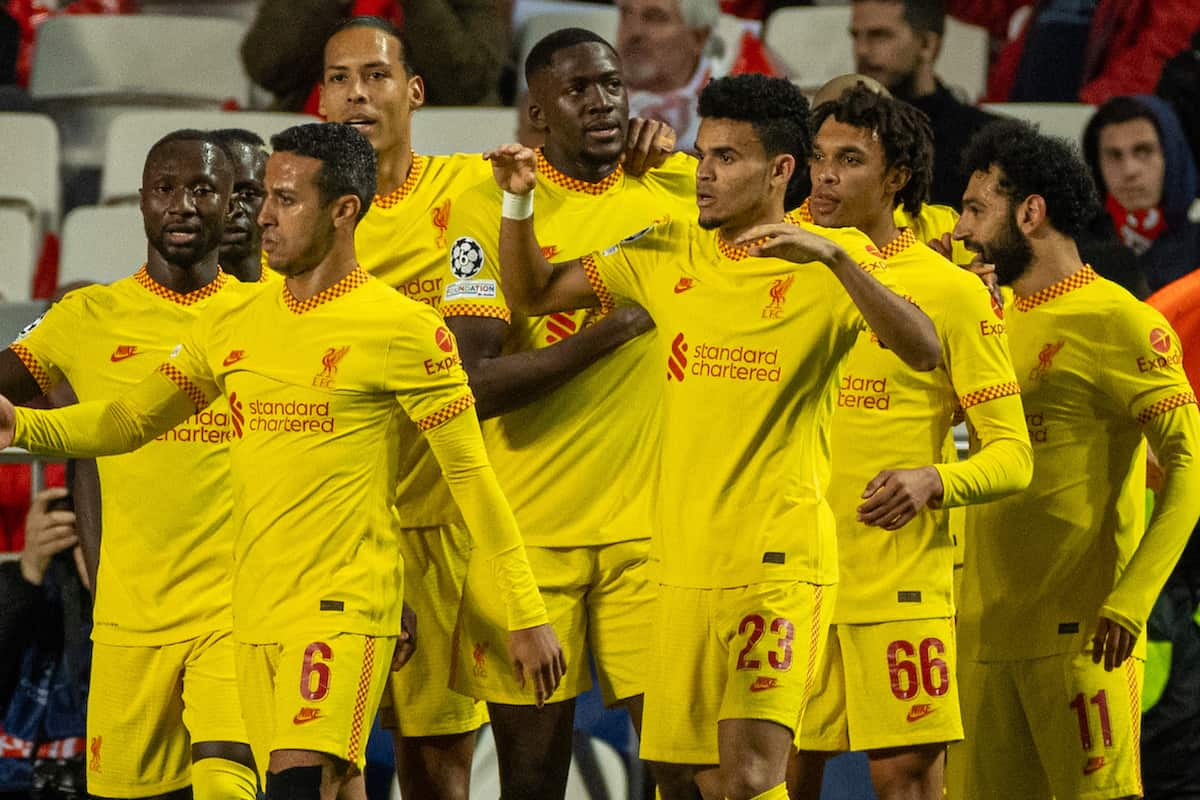 Ruthless Liverpool was too hot to handle for Benfica

Unlike Bayern Munich, it was business as usual for Liverpool as they secured a comfortable 3-1 triumph against the Portuguese side Benfica. Jurgen Klopp’s men took the lead in the 17th minute when Ibrahima Konate’s powerful header left the Benfica custodian Odysseas Vlachodimos stranded.

Sadio Mane doubled the Kopites’ lead in the 34th minute, and whilst a 49th-minute strike from one of the most sought-after prospects in world football, Darwin Nunez worked as a morale-booster for the Eagles, it was nothing more than that as the Reds restored their two-goal lead in the 88th minute, courtesy a Luis Diaz strike.