The second leg ties of the 2021/22 UEFA Champions League quarter-finals saw a few teams punching above their weights, while some did well to maintain their dominance. Real Madrid scored two late goals to secure their semi-final seat, where they will face defending English champions Manchester City. Fellow Premier League side Liverpool has also made it to the penultimate round and they will be up against a spirited Villarreal side, who knocked out German giants Bayern Munich.

Check out what happened in the UCL quarter-finals second leg ties:

Chelsea came into this match on the back of a 3-1 defeat in the first leg, and given that this fixture was being played at Real Madrid’s fortress Santiago Bernabeu, not many were too optimistic about the Blues’ comeback. However, Thomas Tuchel’s men gave the Spanish giants a run for their money.

Mason Mount opened the scoring for last season’s champions in the 15th minute, whereas Antonio Rudiger made it 3-3 on aggregate in the 51st minute. A Timo Werner goal got the Blues in the lead in the 75th minute, but Rodrygo’s 80th-minute strike took the game to extra time.

Karim Benzema, who scored a hat-trick in the first leg, came up clutch once again as his 96th-minute header confirmed Los Blancos’ semi-final participation. 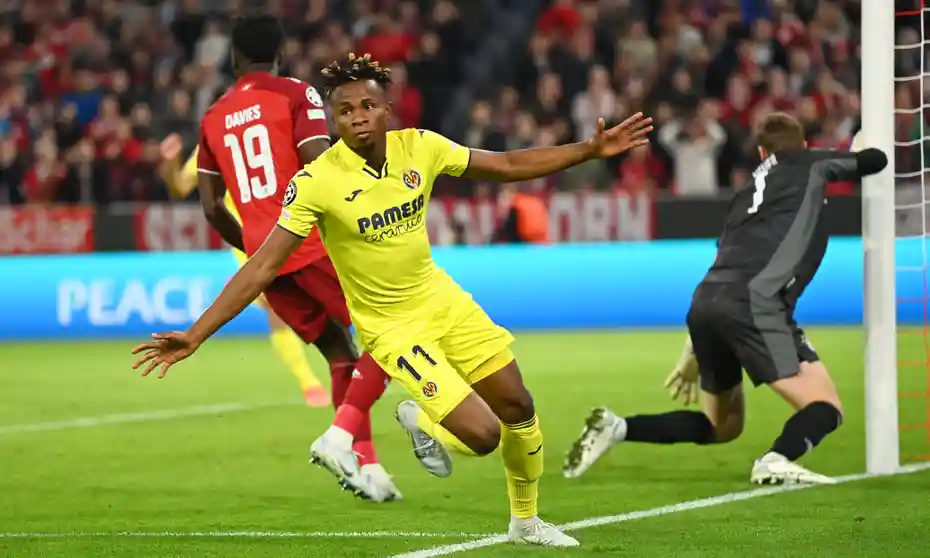 This fixture can certainly be considered as the biggest upset of this season’s UEFA Champions League, as though they won the Europa League last season, hardly anyone would have expected Villarreal to stop German hotshots Bayern Munich in their tracks.

Coming into this game on the back of a 1-0 home win, Unai Emery’s team conceded first when Polish goal-machine Robert Lewandowski opened the scoring for the Bavarians in the 52nd minute. However, just as when it seemed certain that the game was heading into the extra time, lightning struck again for Julian Nagelsmann’s men as Samuel Chukwueze’s 88th-minute goal took the Yellow Submarine through to the next round. 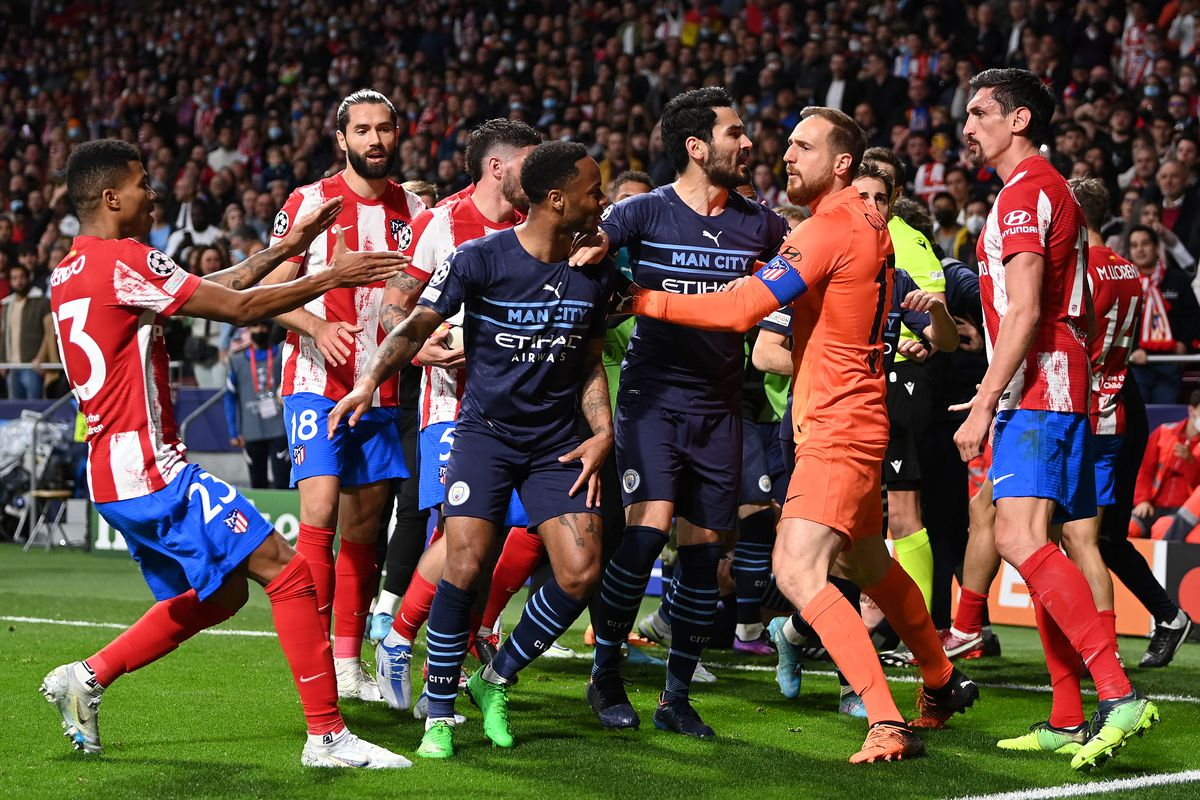 Manchester City played out a goalless stalemate against Atletico Madrid

The second leg tie between Atletico Madrid and Manchester City had every ingredient of a pot-boiler, from brilliant passages of play to fight between players, but it lacked the most important component – a goal.

Manchester City came into this game on the back of a 1-0 home win in the first leg, and though they enjoyed the lion’s share of possession, Diego Simeone’s team produced plenty of chances. However, Los Colchoneros failed to breach the Cityzens’ backline, with the likes of John Stones and Aymeric Laporte giving their one hundred per cent to take last season’s runners-up through to the semis. 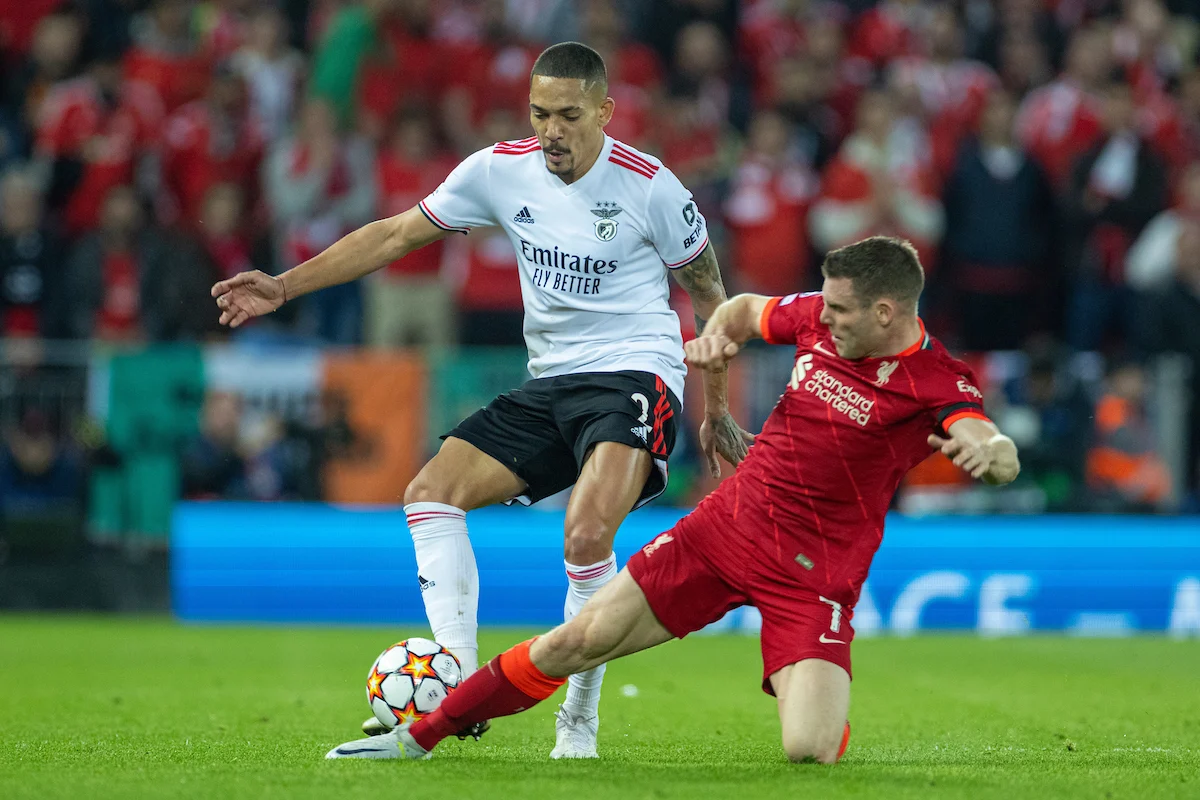 Liverpool was always likely to proceed into the next round after a 3-1 win in the first leg, but if we were the judge the second leg fixture as a one-off match, it was as enthralling as a game of football can be as the Reds played out a six-goal thriller with Benfica.

Ibrahima Konate’s 21st-minute goal gave Jurgen Klopp’s team a 1-0 lead on the night, but it lasted merely eleven minutes before Goncalo Ramos got the Portuguese outfit back in the game.

Brazilian forward Roberto Firmino then scored a brace for the Kopites inside the first twenty minutes of the second half, but Nelson Verissimo’s team made a stunning comeback to make the scoreline 3-3, with Roman Yaremchuk and Darwin Nunez getting their names on the scoresheet.