Two of the biggest clubs in world football locked horns in La Liga matchday 9 and it was Real Madrid who came out victorious over their arch-rivals Barcelona at the Santiago Bernabeu.

After a disastrous start to their league campaign, Sevilla is showing signs of revival under new coach Jorge Sampaoli, while Atletico Madrid fended off the challenge from Athletic Bilbao to rise to third place.

That, and plenty more action unfolded this weekend, and here’s a complete rundown of La Liga’s matchday 9.

Rayo Vallecano welcomed Getafe to the Estadio de Vallecas in the opening fixture of the week, and the two sides ended up sharing the spoils. It was an entertaining draw and after some early exchanges, Nemanja Maksimovic nearly put the visitors ahead with a headed effort shortly before the half-hour mark, but Stole Dimitrievski was equal to it.

It was the only noteworthy chance before the break, but the second half was a lively affair. The home side was given a penalty after 52 minutes but Oscar Trejo failed to beat David Soria.

The home fans were celebrating again as Radamel Falcao put the ball in the back of the net with a headed cross but he was adjudged offside. Shortly after Falcao tested Dimitrievski again but he stood tall to seal a point for his side.

Despite dominating against Cadiz, Girona would feel hard done by after earning just a point. Having barely threatened the hosts in the first half, Cadiz had their noses in front through Alex Fernandes in the 46th minute.

Jeremias Ledesma sprung into the action and pulled off a stunning save seven minutes after the hour mark to keep his side’s lead intact. Shortly after, Girona had the ball in the back of the net, but it was disallowed following a VAR review due to a foul in the buildup.

Later, they had another goal chalked off due to offside, but it would prove to be third time lucky. Some late drama unfolded as the referee added eight minutes of stoppage time and awarded a penalty following a foul by Alfonso Espino, which Cristhian Stuani dispatched to earn a lifeline for his side.

European hopefuls Valencia hosted relegation-threatened Elche at the Mestalla and the hosts made their intentions clear early on. Despite the early pressure, Gennaro Gattuso’s side was trailing before the half-hour mark courtesy of a penalty from Pere Milla. Only seven minutes later, Los Che had a penalty themselves and Edinson Cavani dispatched it with ease to restore parity.

It was a remarkable turnaround when Cavani headed in from close range to give his side the lead just before the break. Even though the visitors were bottom of the La Liga standings but they had a lot of fight in them and Milla completed his brace as he headed in the equaliser.

Nicolas Fernandes silenced the home crowd when he scored from close range although it was a reprieve for Valencia as the goal was disallowed due to offside.

Sevilla narrowly edged out a spirited Mallorca side to rise to 14th place in the La Liga standings. The hosts could have been ahead after just five minutes but Yassine Bounou made two splendid saves to keep the score intact. Sevilla grew into the game gradually and seven minutes after the restart, Nemanja Gudelj unleashed a thunderbolt from 40-yard which flew into the top corner which perhaps was the best goal of the week.

He could have added a second but the Serbian could only put his header wide of the goalpost despite being unmarked after a corner. Javier Aguirre’s side had another bite at the cherry, but Bono stood tall to confirm all three points for Sampaoli.

It was a stunning atmosphere at San Mames as Atletico Madrid came to town on matchday 9. It was a bright start as well, as Inaki Williams failed to keep his header on target, while Alvaro Morata had a goal ruled out early on. Only two minutes after the restart, Antoine Griezmann put Los Rojiblancos ahead after Morata expertly found him. 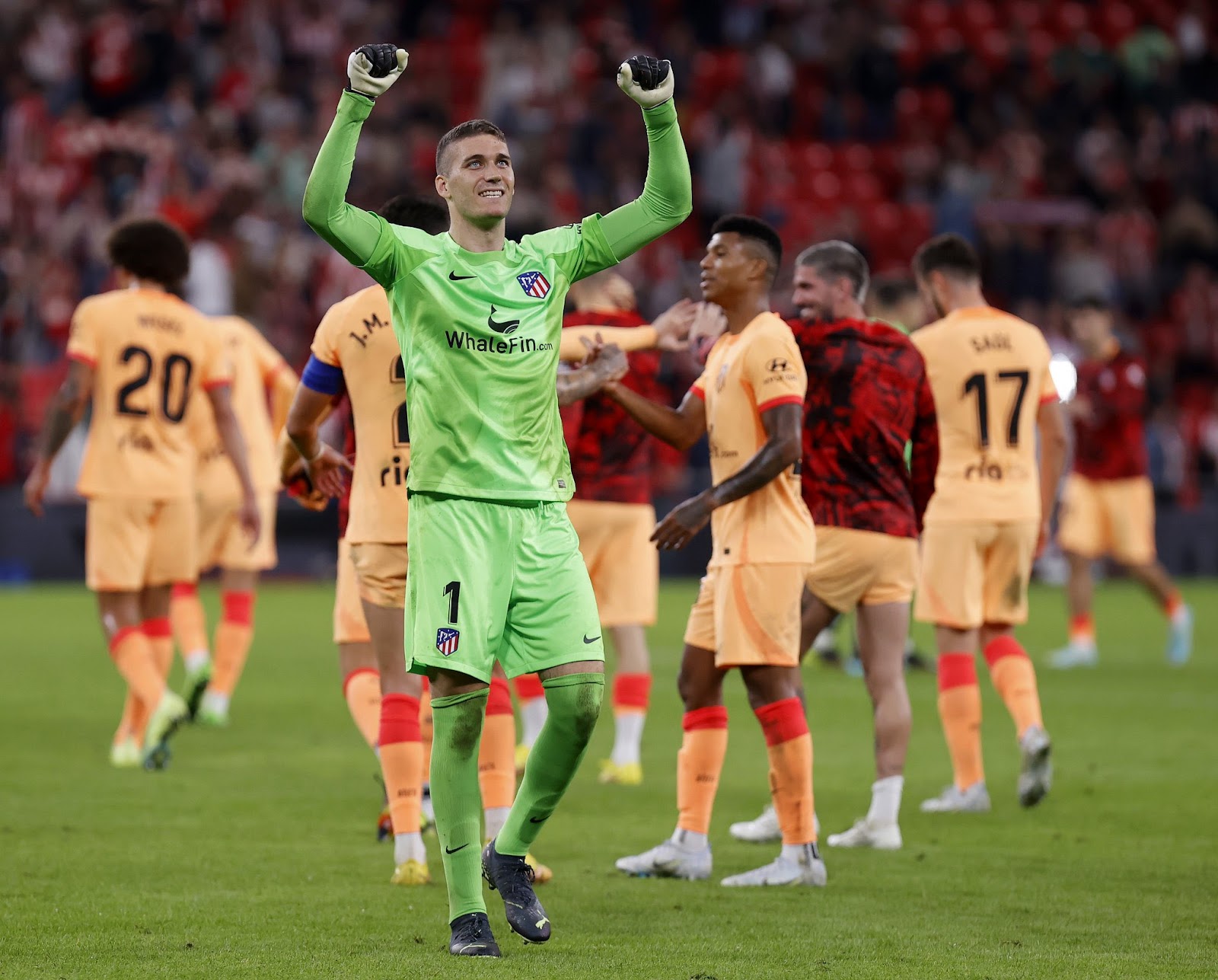 Diego Simeone had his keeper Jan Oblak to thank as he made world-class diving save to deny former Atletico man Raul Garcia. The man then followed it up with an even better save from point-blank range to foil Inigo Martinez.

The referee gave a penalty initially, but changed his mind following a VAR review as Dani Vivian’s powerful drive hit an Atletico defender on his face. Some more last-ditch defending followed suit but Simeone celebrated a hard-fought win.

Real Sociedad visited the Balaidos seeking a win to keep up the pace with fellow European hopefuls. Skipper Asier Illaramendi put his side in the driving seat after unleashing a torpedo into the bottom corner from the edge of the box.

But La Real’s celebrations were cut short as Celta responded instantly through Iago Aaspas just eight minutes later. Igor Zubeldia headed in from a corner to put his side in the lead once more after persistent pressure from Imanol Alguacil’s side. There were chances at both ends, but both keepers stood tall and Sociedad took home the maximum points.

Espanyol narrowly edged out a spirited Real Valladolid side at home on matchday 9. It was an entertaining affair with chances aplenty but both keepers refused to be beaten. It took something special from Joselu who crept the highest to put in a thumping header to break the deadlock after 78 minutes.

They should have had a second too after a defensive mix-up saw Javi Puado allowed to run at the goalkeeper but his chipped effort clipped the goalpost and came back into Jordi Masip’s hands. The referee blew for full-time and the Catalan club celebrated only their second win all season.

After a 3-3 draw with Inter Milan in midweek Xavi needed a response from his side as they visited the Santiago Bernabeu. Instead, it was Real Madrid who dominated the proceedings as Karim Benzema notched his first league goal of the season after some good work from Vinicius Jr. 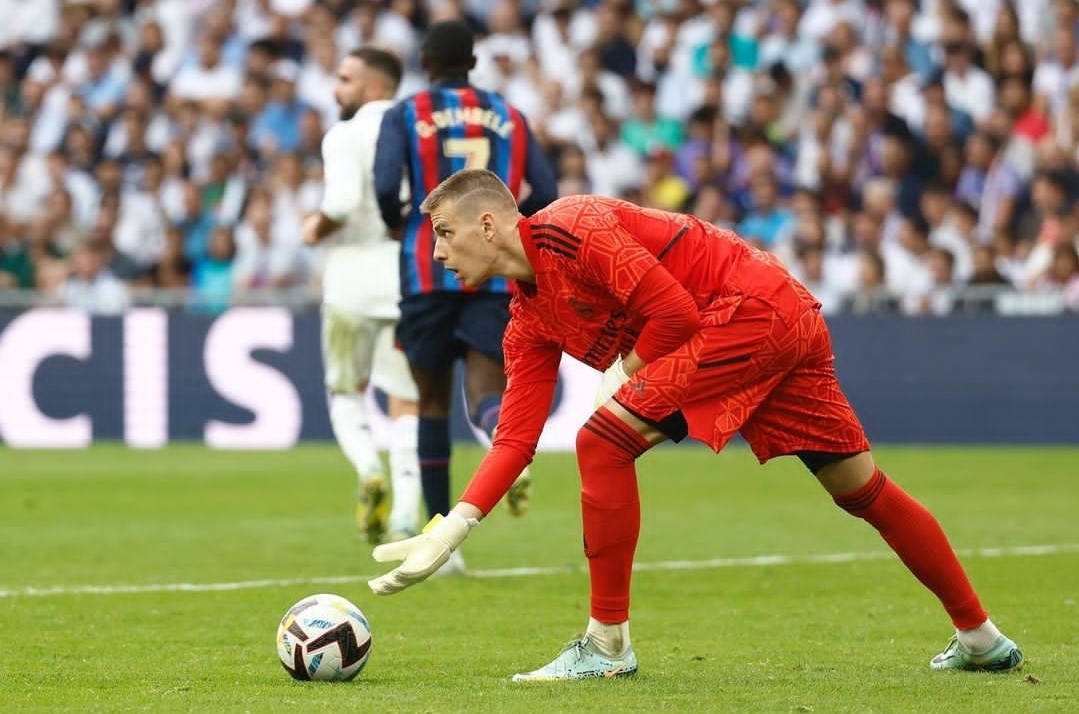 Robert Lewandowski had the chance to clinch his 10th La Liga goal already but with the goal mouth gaping he somehow missed from close range. That miss proved costly as Vinicius combined with Ferland Mendy, who found an onrushing Federico Valverde. The Uruguayan drilled his effort into the bottom left corner and the Bernabeu erupted in joy.

Madrid was cruising and Benzema thought he had his brace only for the referee to rule him offside. Xavi made some changes, and Barca found a lifeline as Ferran Torres finished a good team goal but just when it appeared that they were back in the contest, Los Blancos earned a penalty which Rodrygo duly dispatched to put the icing on the cake and send his side top of the table, undefeated after nine games.

Real Betis knew only a win would do after all above them except Barca won on Sunday and they dished out a clinical performance too. William Carvalho of all people put his side ahead after 23 minutes, after good work from Alberto Moreno down the left flank.

Bilal Toure restored parity for his side after the break, but Borja Iglesias had the entire Benito Villamarin jumping with joy as he put his side ahead once more. Carvalho then added another to his name to put the game to bed.

In the final fixture of matchday 9, Villarreal played hosts to Osasuna. It was an evenly poised game as both sides looked for the first opening. Despite attempts from Chimy Avila, Geronimo Rulli kept his side in the contest.

The home side’s persistence paid off shortly after as Arnaut Danjuma put the Yellow Submarine in the driving seat. The Dutchman completed his brace in the second half after the hosts were awarded a penalty which Danjuma converted with ease.