Qatar will host Ecuador in the FIFA World Cup 2022 opening match at the Al Bayt Stadium. The fixture will take place on November 20, beginning at 21:30 IST.

The anguished wait for the long-awaited event is over. The world’s premier football tournament finally kicks off on 20 November. At first glance, the opening match of the FIFA World Cup does not look like a huge eye-catcher, but whoever plays in the first contest of the WC there is no doubt that it will grab the attention of hundreds of millions of fans all over the world – it is the tribute to the tournament opening that will set the mood and tone for the whole Mundial.

It is also an opportunity for teams that are not exactly the most popular ones to demonstrate themselves to a large audience. The Ecuadorian team is, of course, better known to football fans and specialists, and will be making its fourth appearance in the final tournament. Qatar, in turn, is a first-timer in every sense. The country is hosting the championship for the 1st time, and this is the first time the team is participating in it as well. The home team is widely expected to finish last in the group, but the match was surrounded by scandals long before the starting whistle. However, it will be interesting to see how the game will pan out, with all sorts of intrigue and behind-the-scenes stories only fuelling interest.

What can we expect this Sunday? Parimatchnews will tell you everything you need to know ahead of the upcoming match.

The 2022 World Cup is yet to begin and the host country, Qatar, has already been discredited. Three days before the start of the year’s main football event, the Qatari government banned the sale of alcohol in the country’s stadiums, despite a prior agreement with FIFA. The football body was shocked by this decision, but they could not admit they made a mistake when they chose Qatar to host the WC and thus fall foul of FIFA. So the official communiqué on banning beer in stadiums referred to the “agreement reached between Qatar and FIFA”.

Yet that is just a part of the issue. Two days before the start of the World Cup, the football public was even more shocked. It turned out that Qatar had hired Pakistanis for relatively small sums of money to create the appearance of an influx of football fans from around the world with their help. So a group of young men are literally working on shifts: one day the Pakistanis walk the streets of Doha with flags of Argentina, the next day with flags of Germany, and so on.

But Qatar’s falling reputation has not stopped there either. Amjad Taha, regional head of the British Centre for Middle East Studies, said that the outcome of the match between Qatar and Ecuador was already a foregone conclusion because the host country of the Mundial had already managed to bribe its rival. The Qataris have allegedly corrupted eight Ecuadorian representatives by transferring a total of $7.4 million to their accounts. Taha allegedly obtained confirmation of this information from five different Qatari sources and one Ecuadorian.

According to him, the deal states that Qatar will beat Ecuador 1-0 with the only goal being scored in the second half. The journalist added at the end that he believed in the strength of this information and hoped that it would influence the result.

However, all of this is likely false accusations and provocations. The truth is that this journalist has an anti-Qatar position and certainly this is coupled with a certain bias towards this championship and the national team in particular. However, on the other hand, if the teams play the way he has reported, there will be proceedings and rumours swirling.

Amjad Taha said he would be happy if his information turned out to be false. Qatari academic Mark Owen Jones replied that it was already 100% false. Jones analysed Taha’s insides and identified many unfulfilled predictions by Amjad in recent times.

Either way, the tournament hosts have prepared very thoroughly for the start, having played a large number of friendlies. Not all of them were standard fixtures, but none of them are worth highlighting. Still, many have called Qatar the “dark horse”, referring to their good recent results.

Among Qatar’s latest strongest achievements was their participation in the 2021 CONCACAF Cup, where they reached the semi-finals. And it was quite easy for them! The team beat Grenada (4-0), Honduras (2-0) and El Salvador (3-2). In the semi-final, they lost 0-1 to the USA, though they put up a good fight.

After that, Felix Sanchez Basa’s side began to believe in themselves and took on European teams, but failed to succeed. Two defeats against Serbia (0:4 and 4:0) and the same against Portugal (1:3 and 0:3) can be forgiven, but Qatar’s national team played a draw against modest Luxembourg (1:1) and resoundingly lost to a mediocre Ireland (0:4). Interestingly, Qatar have not played a single game against Europe since.

Speaking of the squad, if you start going through the names of the players, they won’t tell anything even to die-hard fans of football. Almost all of their players play for local clubs. Hardly anyone follows the World Cup host domestic league closely. But one thing is certain: the Qataris have been preparing very hard for the tournament. Meanwhile, the Qatari team has been playing friendlies on the eve of the tournament and they do not look bad at all. More recently, in October they defeated Guatemala 2-0, before that in September the Arab team played in a draw with the experienced Chileans 2-2, and lost to another World Cup participant Canada 0:2. So the team is getting ready, and their opponents can hardly expect them to play poorly, especially in front of their own fans. The players understand that if they manage to get at least one point in the opening match, it will be a celebration for all the country.

Don`t miss out 👉: East Bengal bounces back in style with a spirited 1-0 away win over Bengaluru

Ecuador is one of those teams that can be described as erratic. However, they have recently corrected this statistic and are now more prone to peaceful outcomes. Seven of their last 10 matches have ended in draws, and they have not scored more than one goal in that time. A dusty football style that any Group A side can get bogged down in.

The most striking player in Ecuador is Enner Valencia who is known for his appearances for West Ham and Everton. He has made 72 appearances and scored 35 goals for the national team. He is also captain of the national team and looks set to lead his teammates. Moises Caicedo can also be called one of the main starts of the team. At the helm of Ecuador is Gustavo Alfaro. He has established himself as an experienced coach in South America and has won a fair number of trophies.

In the FIFA rankings, Luz de América sit just a few places above Qatar (44th vs. 50th place) but boast far greater achievements. In 2006, they managed to make it out of the group for the first and only time in Germany, and they lost the final with a narrow 0-1 draw to England.

Talking about qualifiers, Ecuador finished fourth in the South American qualifying group, trailing only the acknowledged top three – Brazil, Argentina and Uruguay. In the South American Cup, the Ecuadorians’ highest achievement is the semi-finals, which they reached twice in 1959 and 1993. In June, the team of Argentine coach Gustavo Alfaro began preparing for the World Cup by playing friendly matches. Since then, five have been played, and fans of the national team may be wary of the results. Nigeria and Cape Verde were equally beaten 1-0, while the other three games against Mexico, Saudi Arabia and Japan ended in 0-0 draws.

Statistical preview of the match Qatar vs Ecuador:

Qatar is the host country and a World Cup debutant at the same time. Never before has a Qatari team qualified for the World Cup tournament. The Qataris have been very active in their preparations for their home tournament, but their national team is still inferior to most of the participants in the tournament.

Ecuador cannot boast some incredible generation, but there is plenty of young talent and experienced youngsters in the squad. The South Americans are going into the match as favourites, but shortly before the tournament kicked off the media reported that the Ecuadorian players have been bribed.

We suggest not paying too much attention to it and sticking directly to the football component. Qatar are inferior in class, but they play at home and have not lost five games in a row. Ecuador are stronger and also want to get points in the opening game of the tournament. In their last 15 matches in various tournaments, the Ecuadorians have suffered just one defeat, but at the same time have drawn nine times. Perhaps we will see something similar this time also.

We say: Ecuador will not lose and the match total less than 2.5 – Yes. 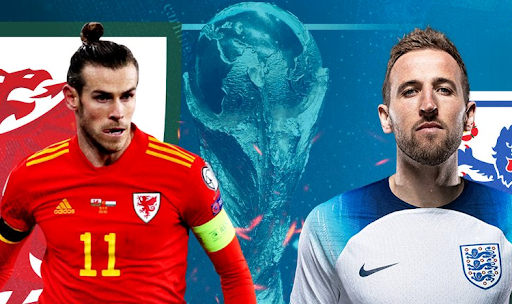