It’s fair to say that Erik Ten Hag’s arrival at Manchester United has been a breath of fresh air. He oversaw a first summer transfer wherein, the Dutchman didn’t exactly get his wishes fulfilled but it’s fair to say that he already has the Reds up and running, moving forward in the right direction.

United have never been shy when it comes to spending. Being one of the most successful English football teams on the planet, they have the capacity to smash transfer records and they exactly did that, flexing their financial muscle when Ajax wasn’t budging in their valuation of Antony.

The Reds splashed £86m to make Antony the most expensive player to jump ship in the summer transfer window, as well as climbing high up on the list of United’s most expensive acquisitions.

The club record £94.5m they forked out to land their own academy graduate Paul Pogba from Juventus back in 2016 remains another statement of intent, even though it is a matter of debate whether he was a success or a flop. On a relatable note, here are Man United’s top 5 most expensive signings ever.

Even though Romelu Lukaku’s time at Manchester United was not considered a success, he did deliver a decent return of goals and £74 million were still recouped from his sale to Inter Milan in 2019.

Having enhanced his reputation as a proven goal scorer at Everton, the Belgian striker had his troubles replicating those numbers in a United shirt, but he managed a decent tally of 16 and 12 goals in his two Premier League seasons at the club.

He would then go on to shine at Inter, so much so Chelsea swooped him up for a staggering €115m, but after just one season back at Stamford Bridge Lukaku was loaned again to Inter, with the Blues expected to take a heavy hit on the money they splashed.

United chased Jadon Sacho for a long time, before finally agreeing for a move for the Ex-Man City prodigy in the summer of 2021 for a fee of £76.5m. The Englishman developed into one of the most lethal wingers during his stay at the Signal Iduna Park. Brimming with pace and trickery, he would take on defenders for fun and beat them with sheer ease.

Ole Gunnar Solskjaer was delighted to secure Sacho’s signature, but since arriving in Manchester he has looked like a shadow of his former self. After struggling to leave a mark in his first season, the 22-year-old will face further competition after the arrival of Antony from Ajax. Time is quickly running out for Sancho, and the jury is out since United spent a fortune to land him. 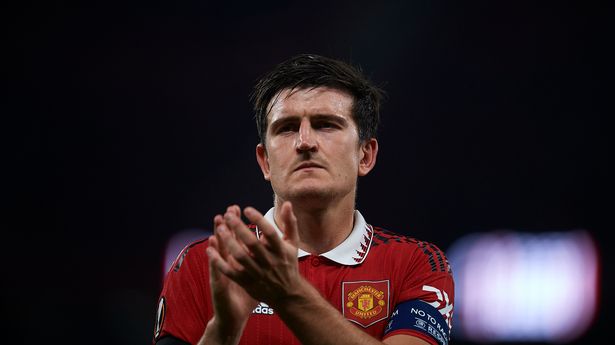 Since arriving from Leicester City back in 2019, Harry Maguire has often been ridiculed for the hefty price tag with which he joined the club. Being the most expensive centre-back is never an easy price tag to play with.

The Englishman was named club captain after just six months following his arrival, and he was one of the first names on the teamsheet under Solskjaer but a horrible 2021-22 campaign saw him become the butt of jokes on social media.

Erik Ten Hag has also been reluctant to use Maguire in his system, and unless a miraculous turnaround in his performances, the Sheffield United academy graduate might go down in history as another flop signing.

Ten Hag was pretty adamant, Antony wanted to join United, the only sticking point was Ajax had no need to sell. The Brazilian had outgrown his current club and he was eager for a move to the Theatre of Dreams.

One of the most prolonged transfer sagas of the summer window finally reached its conclusion with the Reds splashing £86m to reunite Antony with his former gaffer. The 22-year-old would go on to make the perfect start to his career’s new chapter by scoring against arch-rivals Arsenal.

In the age of social media, the winger’s highlight reels act as a testament to his ability to dribble past defenders as if they were mannequins, almost reminiscent of a younger Ronaldo. United fans will be hoping he can embark upon a similar iconic journey as his idol.

When Jose Mourinho joined United he was backed by the club to the hilt, Paul Pogba’s arrival back to his home, amid much fanfare, was thought of as an era-defining move. In truth, there were mere flashes of his brilliance, world-class moments far and few in between.

During his stint in Manchester, the Frenchman would win a World Cup with the national team, but he’d somehow fail to replicate those performances at the club level. Pogba’s time at Old Trafford was often marred by injuries which hampered him from truly fulfilling his potential.

He fell out with Mourinho and was consistently linked with other clubs as well, and by the end of his contract, fans were so frustrated that they would be happy to see his departure for a free transfer back to Juventus.