PL Weekend Roundup: Manchester gets painted in blue and Arsenal finally breaks into the top four  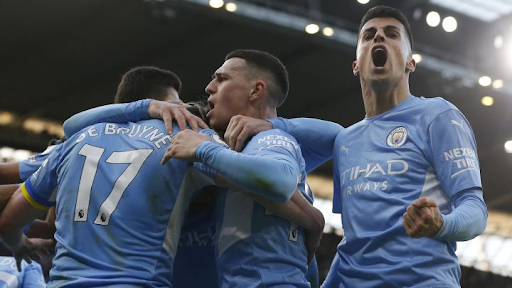 League leaders Manchester City maintained their lead with a comprehensive victory in the Manchester Derby, while youngsters helped Arsenal break into the top four after ages. It was business as usual for Chelsea and Liverpool as well, but for the Reds’ rivals Everton, alarm bells have started ringing.

Leeds United was handed another major blow in their mission of survival, as Leicester City eked out a hard-fought 1-0 triumph. Harvey Barnes played a sleek one-two with Kelechi Iheanacho before finding the bottom corner with an accurate finish. The Foxes have climbed to the twelfth position with this victory, whilst the Whites are toiling in the sixteenth place.

Amid all the chaos pertaining to the imminent departure of owner Roman Abramovich, the Chelsea players displayed apex level of professionalism as they ran riots against Burnley, emerging as 4-0 winners.

Kai Havertz was the star of the show with a brace, while Reece James and Christian Pulisic also got one goal apiece. The Blues have extended their lead from the fourth-placed team with this win, whereas the Clarets have let go of a fantastic opportunity of getting out of the relegation zone.

Like Chelsea, Aston Villa was also dominant in their fixture against Southampton and registered a similar 4-0 triumph. Ollie Watkins’ strike gave Steven Gerrard’s boys an early lead in the 9th minute, whereas the lead was doubled by Douglas Luiz just before half-time.

The Villans started the second half exactly from where they left the first, with Danny Ings and Philippe Coutinho getting their names on the scoresheet barely nine minutes after the resumption. This win has helped Aston Villa close the gap down with the Saints to only two points.

Brentford finally ended their eight-match winless streak in the Premier League with a 3-1 victory over the basement boys, Norwich City. Ivan Toney’s 32nd-minute strike gave the Bees a crucial lead in the first half.

Thomas Frank’s men were awarded two penalties inside the first thirteen minutes of the second half and Toney converted both to complete his hat-trick. Teemu Pukki did get a goal back for the Canaries, but it was nothing more than a mere consolation. While Norwich City remains seated in the last position, Brentford has extended their cushion over the bottom five.

High-flying Newcastle United registered a 2-1 victory against Brighton & Hove Albion in their weekend fixture. Ryan Fraser’s 12th-minute strike got the Magpies an early lead, that was doubled only a couple of minutes later, courtesy of Fabian Schar’s goal.

Lewis Dunk’s goal in the 55th minute rekindled the Seagulls’ hopes of a comeback, but a stern Newcastle United backline meant that such an occurrence was not to be. The Magpies, who are unbeaten in their last six matches, are now only five points away from Brighton with a match in hand.

Crystal Palace stormed into the top ten of the standings, courtesy of a 2-0 triumph against Wolverhampton Wanderers. Jean-Philippe Mateta gave the Eagles an early lead in the 19th minute, while Wilfred Zaha’s penalty made the scoreline 2-0 fifteen minutes later.

This win marks Patrick Viera’s team’s third consecutive game without a defeat, and on the contrary, Bruno Lage’s Wolves have won now all of their last three Premier League ties.

Though they will need Manchester City to drop points in order to claim pole position, Liverpool is doing all they can from their end, as Jurgen Klopp’s team registered a 1-0 win against West Ham United.

Sadio Mane’s 27th-minute strike was enough to bag all three points for the Reds, who now have won all of their last seven matches in the English top flight. As for the Hammers, they missed the chance of leapfrogging Manchester United in the standings to claim fifth place. 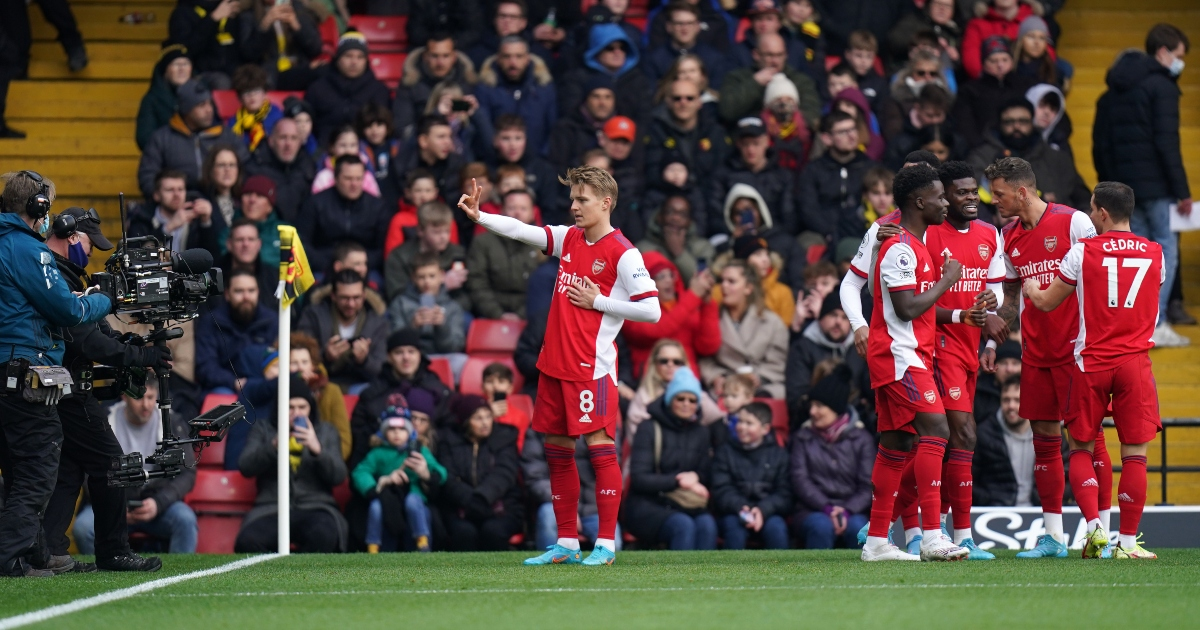 Arsenal has finally broken into the top four

The writing was already on the wall, but on Sunday, Arsenal finally ventured into the top four after what seemed like ages, as they emerged as 3-2 winners against Watford. The young brigade performed well for the Gunners as Bukayo Saka, Martin Odegaard, and Gabriel Martinelli were on the scoresheet for them.

To be fair to the Hornets, they did give Mikel Arteta’s men a run for their money as Cucho Hernandez and Moussa Sissoko found the back of the net but it was not enough to claim a point.

Manchester Derby, the main highlight of the weekend, turned out to be a one-sided affair as the red half of the city failed to get their act together against the blue half. Pep Guardiola’s men were seen at their ruthless best as they registered a 4-1 triumph.

Kevin De Bruyne and Riyad Mahrez scored a brace for the Cityzens, as Jadon Sancho’s impressive strike for the Red Devils turned out to be insignificant. With this win, Manchester City has safeguarded their six-point lead over Liverpool.

Tottenham Hotspur did a Tottenham Hotspur on Monday as they thrashed Everton by a 5-0 margin, less than a week after suffering a shocking 1-0 defeat against Middlesbrough in the FA Cup 2021-22.

A Harry Kane brace, an own goal from Michael Keane and strikes from Son Heung-min and Sergio Reguilon comprised the five goals scored by Antonio Conte’s team. Spurs remain in the seventh position with the win while Everton is flirting dangerously with the relegation zone, being placed only one point above the bottom three. 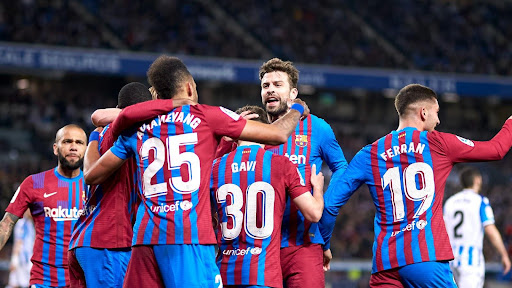