Official: Ronald Koeman sacked after another embarrassing loss. Who will become the next coach of FC Barcelona? 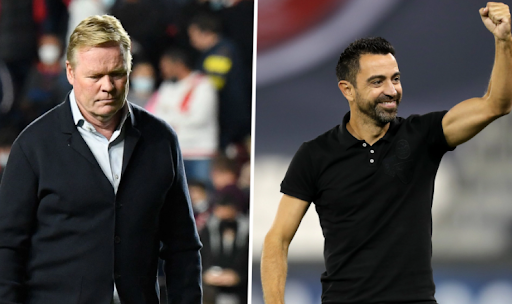 Barcelona head coach Ronald Koeman has left his post. Tonight, the Catalan club announced the dismissal of the 58-year-old specialist after 14 months in charge.

FC Barcelona lost away to modest Rayo Vallecano (0-1) in La Liga earlier, and club president Joan Laporta informed Ronald of his resignation right after this.

Last round, Barça lost at home to Real Madrid (1-2) in the El Clásico. The team ranks ninth in the table with 15 points in 10 games. In the Champions League, the “blaugrana” is third in the group with three points after three rounds. This is one of the worst results of all time.

Barça has issued an official statement regarding Koeman’s dismissal:

“FC Barcelona has relieved Ronald Koeman of his duties as first team coach. The president of the club, Joan Laporta, informed him of the decision after the defeat against Rayo Vallecano. Ronald Koeman will say goodbye to the squad on Thursday at the Ciutat Esportiva. FC Barcelona wishes to thank him for his service to the Club and wishes him all the best in his professional career.”

Recall that Koeman in 2020 left the post of head coach of the Dutch national team to work at Barca, then he himself paid the national football federation the necessary clause amount.

It is also reported that the Blaugrana appointed an interim coach – Sergi Barjuan, who heads Barcelona B, is the man to take over.

The 49-year-old will leave his position as soon as Barca management finds a permanent coach. It was rumored that the club had already reached an agreement with Al-Sadd coach Xavi Hernández.

“I am focused on my work with Al-Sadd and I won’t talk about anything else”.