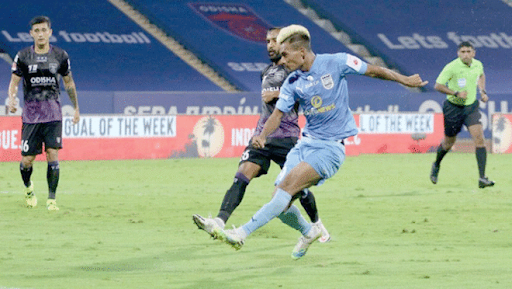 ‘Match 48’ of the 2021-22 season of the Indian Super League will see reigning champions and current league leaders Mumbai City taking on Odisha at the Tilak Maidan Stadium on Monday.

Mumbai City has started this season from where they left the last one despite fielding a new-look team guided by a new head coach. Having accumulated 16 points from 8 matches, Des Buckingham’s team has established their dominance already in this competition.

On the other hand, last season’s basement boys Odisha has shown signs of improvement but they still are a long way away from being the finished article. Kiko Ramirez’s men are currently occupying the seventh position in the league standings with 10 points in their account.

Odisha had a really promising start to their campaign as they won their first couple of matches against Bengaluru and East Bengal. Though Kerala Blasters halted their winning run in their third match, the Juggernauts bounced back with a 1-0 triumph over NorthEast United.

However, things have only gone downhill for them ever since as the win against the Highlanders was followed by consecutive defeats against Jamshedpur and Chennaiyin. A 1-1 draw provided Ramirez’s team with some respite but Hyderabad handed them a humbling 6-1 defeat in their previous expedition.

Like their opponents, Mumbai City won their campaign opener comfortably against Goa. A defeat against Hyderabad in their second outing served as a wake-up call since the Islanders went on to win four matches in a row after the shock defeat.

The defending champions ripped apart defenses of ATK Mohun Bagan, Bengaluru, and Jamshedpur, and got a 1-0 victory against Chennaiyin as well. The last two games have not gone in Mumbai’s favor as they secured a draw against a struggling NorthEast United team while Kerala Blasters handed them their second defeat of the season.

These two teams are well-balanced in terms of head-to-head record, as both Odisha and Mumbai City have emerged victorious twice in the four previous occasions where they have crossed paths.

The first meeting of last season saw the Islanders registering a 2-0 triumph courtesy of two first-half goals from Bartholomew Ogbeche and Rowllin Borges. The return leg fixture produced a 6-1 scoreline in Mumbai’s favor with Bipin Singh netting a hat-trick, Ogbeche scoring a brace, and Cy Goddard getting a solitary goal. 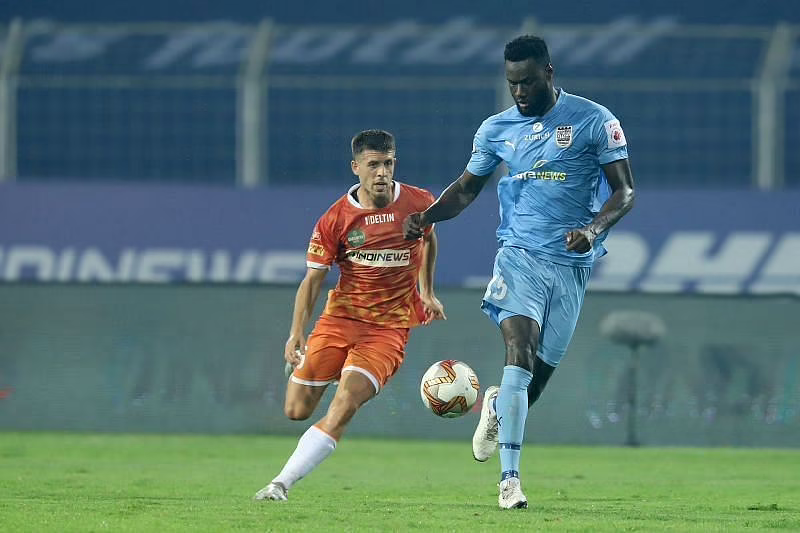 After a 6-1 humiliation, it seems obvious that Ramirez will be looking to make a few tweaks to his team combination. Lalhrezuala Sailung struggled in the right-back position against the Nizams and should switch back to his left-back role while Hendry Antonay can be reinstated at the right flank. We might also see Victor Mongil replacing Hector Rodas in central defense as the latter had a day to forget against Obgeche.

The former Xanthi manager can opt for the skipper Vinit Rai as the holding midfielder in Lirion Krasniqi’s place which will free up an overseas slot allowing him to replace Thoiba Singh with the skillful Aridai Cabrera. Jerry Mawihmingthanga can also regain his place in the starting XI if Isaac Vanmalsawma drops to the bench.

After serving a suspension, Senegalese central defender Mourtada Fall is expected to be back in the Islanders’ starting  XI in Mehtab Singh’s place but this change will force Buckingham to take an overseas player out of his starting XI.

Though Cassinho has been one of Mumbai’s vital cogs this season, he was outshined by Ygor Catatau against the Highlanders and hence might be dropped to the bench with Raynier Fernandes likely to be the replacement.

Despite unsatisfactory outcomes in their previous two matches, Mumbai City has been more convincing on the field than Odisha so far this season. Hence, we have predicted a 3-1 win for the Islanders in this match.