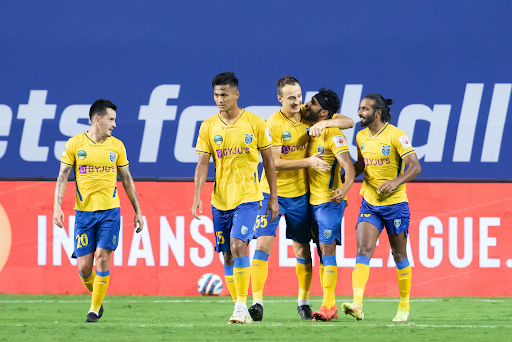 Kerala Blasters is expected to remain on top of the standings

League leaders Kerala Blasters will be seen in action against Odisha in ‘Match 58’ of the 2021-22 season of the Indian Super League at the Tilak Maidan Stadium on Wednesday.

After a long wait of seven years, Kerala Blasters is finally occupying the pole position in the league standings. Ivan Vukomanovic’s side has lost only one of their ten matches, accumulating 17 points in the process.

On the other hand, Odisha has failed to live up to the promise they showed in the initial stages of the competition. With only 13 points from their nine outings, Kiko Ramirez’s men are placed in the eighth position.

The Tuskers are unbeaten in their last ten matches and have accumulated five points from their previous three. In their last encounter, an Alvaro Vazquez volley helped Kerala Blasters secure a 1-0 win over Hyderabad.

It was a crucial victory for them, as the two matches preceding this game ended in stalemates. Vukomanovic’s team played out a 2-2 thriller against Goa, while they were restricted to a 1-1 draw by Jamshedpur before that.

Though their current league position is not particularly impressive, morale will be high in the Odisha camp coming into this match, as they handed reigning champions Mumbai City a 4-2 thumping in their previous encounter, courtesy of goals from Jerry Mawihmingthanga, Aridai Cabrera, and Jonathas.

The Kalinga Warriors desperately needed this victory as before the triumph against Islanders, Hyderabad got the better of them by a humiliating 6-1 scoreline, while they could only secure a 1-1 draw against Goa.

These two sides are inseparable based on head-to-head statistics, as both Kerala Blasters and Odisha have won one each of the five occasions where they crossed paths, with the other three fixtures ending in draws.

The Tuskers emerged victorious by a 2-1 margin in the first meeting of this season with Vazquez and Prasanth K getting their names on the scoresheet. Nikhil Raj was on target for the Kalinga Warriors but his goal was nothing more than a mere consolation. 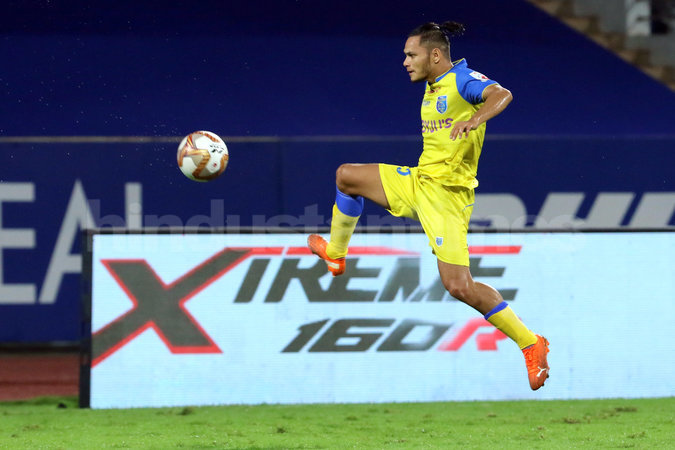 Islanders paid dividends, and whilst we can expect him to stick to this formation, there might be a few personnel changes. Hendry Antonay and Victor Mongil looked shaky in defense and they could make way for Lalhrezuala Sailung and Lalruatthara respectively.

The second change will allow the former Xanthi manager to field an extra overseas midfielder in Liridon Krasniqi dropping Isaac Vanmalsawma to the bench. Jonathas could also be rewarded for his goal against Mumbai City with a starting XI role in Aridai Cabrera’s place.

The ideal option for Vukomanovic would have been fielding an unchanged starting XI after a 1-0 triumph over Hyderabad, but his captain Jessel Carneiro suffered a nasty injury in that match, with reports suggesting his season is all but over.

The Tuskers have two natural left-back options in Nishu Kumar and Sanjeev Stalin, with the former expected to get the nod on grounds of seniority. Besides the forced change, we can expect the former Standard Liege manager to not many other avoidable tweaks.

Kerala Blasters is occupying the top of the table not based on fortune, but pure merit. They have played like a cogent, cohesive unit that is resolute in defense and flamboyant in the attack. With Odisha having failed to maintain consistency in the past, we have predicted a 2-1 win for the Tuskers.