October’s Championship Team of the Month was presented 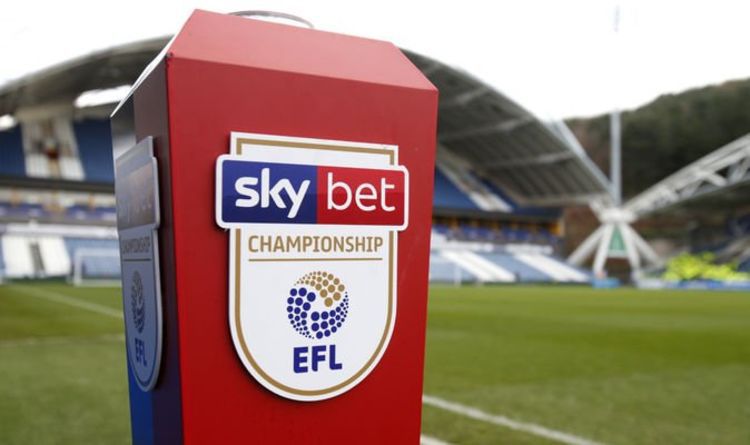 According to recent stats and performances composed to the overall report the Team of the Month was released and presented.

Millwall have two players, while Barnsley, Bournemouth, Brentford, Middlesbrough, Norwich, Reading, Watford and Wycombe also have at least one player to be proud of.

Let’s take a look at the best performers from the second elite English division in October, with seven clubs represented.

Ivan Toney with 8.12 rating is the best in Chamionship’s Team of the Month so far and is the most likely to get the Player of the Month award. With 9 goals 24-years-old Ivan remains at the 1st position in the Forward list and as a fact contributes more than a half of team goals at all.

Cauley Woodrow with the rating of 7.58 had a direct hand in every goal in each his appearance, scoring against Middlesbrough, Bristol City and QPR and providing a key assist in the 2-2 draw with Stoke City, but his club is still in the second half of table.

Is for Emi Buendia from Norwich with 7.34 rating

Norwich managed to retain Buendia’s services beyond the close of the domestic transfer window. 2 assists and1 goal contributed towards his inclusion in this team. As well as top key passes provider in league (21).

Some highlight of his plays:

Nick Powell from Stoke City with the rating of 7.44

Hitting the back of the net with two of his four shots, Powell played his way in Michael O’Neill’s(head coach) good books and the Championship team of the month.

George Saville from Middlesbrough with 7.61 rating

Saville enjoyed this terrific October having a direct hand in four goals in total, scoring two of them. Saville won the Man of the Match award in four of his six appearances. His two goals and two assists won Middlesbrough an additional seven points to leave them in the play-off spots after 9 games.

Diego Rico from Bournemouth with 7.34 rating

Rounding off the midfield, Rico 2 times provided ball on goal for Dan Gosling and Rodrigo Riquelme in meetings with Coventry and Derby. Spaniard impressed with his 18 interceptions to land for this month.

Thomas Holmes from Reading with 7.33 rating

Reading enjoyed a fine month as they kept their place atop the Championship. Youngster Holmes showed solid performance with 1 assist and overall contribution in the game.

Jake Cooper with 7.65 rating and Shaun Hutchinson with 7.51 rating, both from Millwall

It’s an all-Millwall centre-back partnership in the Championship team of the month. Cooper won 40 aerial duels last month, the fifth highest return in the league, and made 18 interceptions. As for Hutchinson, he made more interceptions (23) than any other Championship player.

Joe Jacobson from Wycombe with 7.19 rating

Wycombe ended October on a high note as they secured their first-ever Championship 1-0 victory over Sheffield Wednesday. Defender Jacobson earned the man of the match award 2 times in results against Watford and the Owls. The Welshman provided both assists in those games.

Ben Foster from Watford with 7.04 rating

Ben Foster is the only Watford player to make the Championship team of the month. Only two goalkeepers made more saves than Foster (20) last month to kick off the best rated XI.

Be sure to watch his live vids: