The Highlanders welcome Des Buckingham’s men at Indira Gandhi Athletic Stadium in search of their first victory of the season. Marco Balbul boosted his side’s attacking options as the club signed the Colombian striker, Wilmar Jordan. NorthEast United is returning after a two-week break and would be looking to rejuvenate the team’s morale with a positive performance against the Islanders.

Meanwhile, Mumbai City would be looking to continue their unbeaten run and get the three points as they are shy of the number one position in the 2022-23 Indian Super League table by only one point. Des Buckingham’s men are yet to lose in the league and gave a statement of intent as they put four goals past Bengaluru in their last fixture.

However, the Islanders are winless in their last four games against the Highlanders who have lost just one of the last seven matches against the Mumbai-based side.

NorthEast United have started the tournament with no points from the first six games of the season. This happens to be the worst start by any team in the Indian Super League history. The Highlanders began their campaign playing away at Bengaluru and losing 1-0 in that game.

They then conceded three goals each in their next two games against Hyderabad and East Bengal to lose those as well. They then went down 1-0 again, this time to Jamshedpur. In their next game, they conceded three to Kerala Blasters before losing 2-1 in a closely fought game against ATK Mohun Bagan. 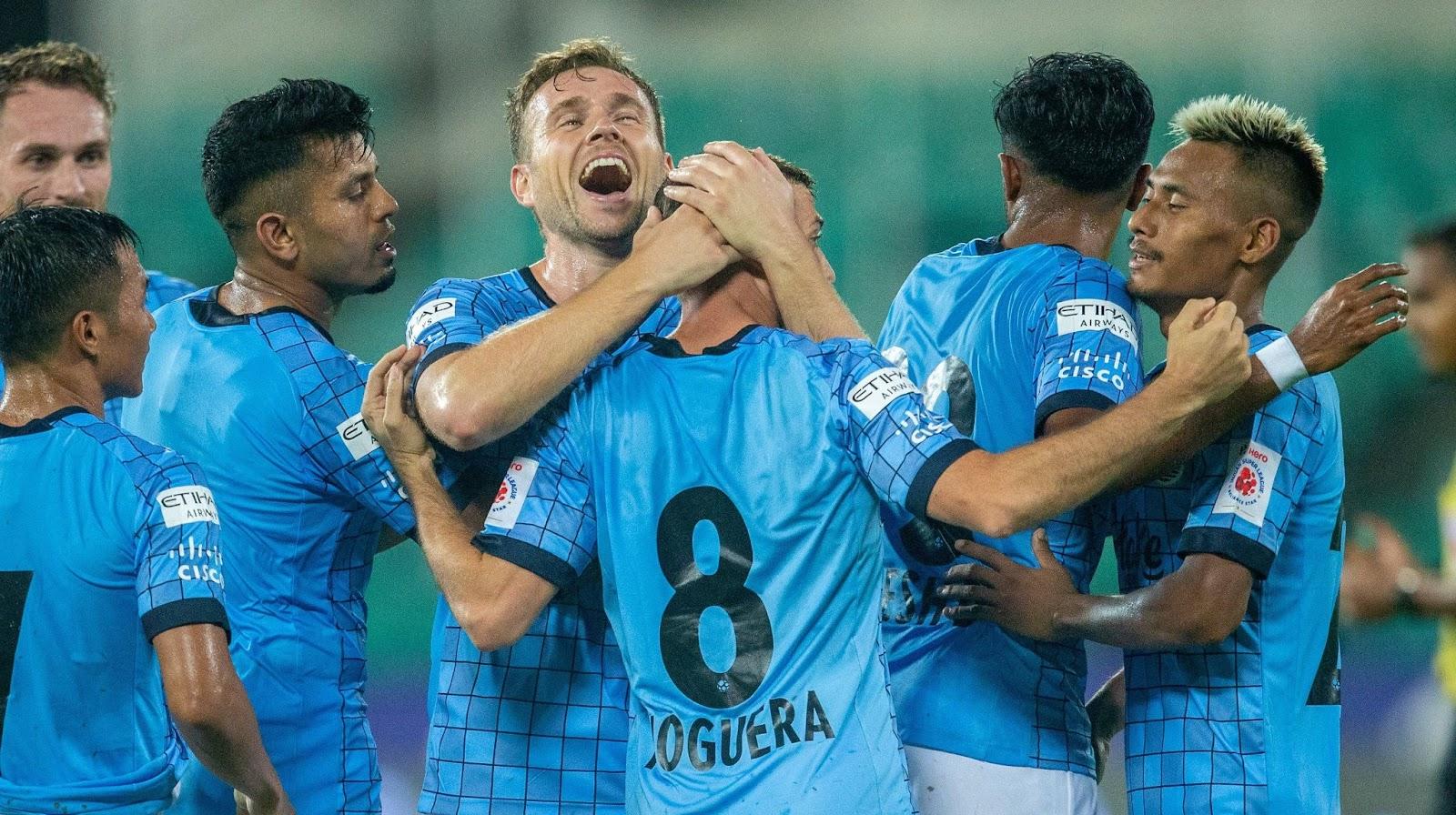 Mumbai City, on the other hand, remains the only team in the current season who have yet to lose a game. They have in fact levelled Bengaluru of the 2018/19 campaign as the team to have the best start in an Indian Super League season.

The Islanders are currently second in the points table with 15 points from their first seven games having won four and drawn three including their last two on the bounce that came against Chennaiyin and Bengaluru with both wins coming from a four-goal margin.

The head-to-head record between NorthEast United and Mumbai City is inclined in the Highlanders’ favour with the two sides playing each other in 16 games with the latter winning seven times while the former winning five. Four of the games between the two sides have ended in draws.

Last season both these sides drew each other in both games. The Highlanders drew with the Citizens 3-3 in the first game of last season between the two sides while they drew 1-1 in their most recent such meeting. 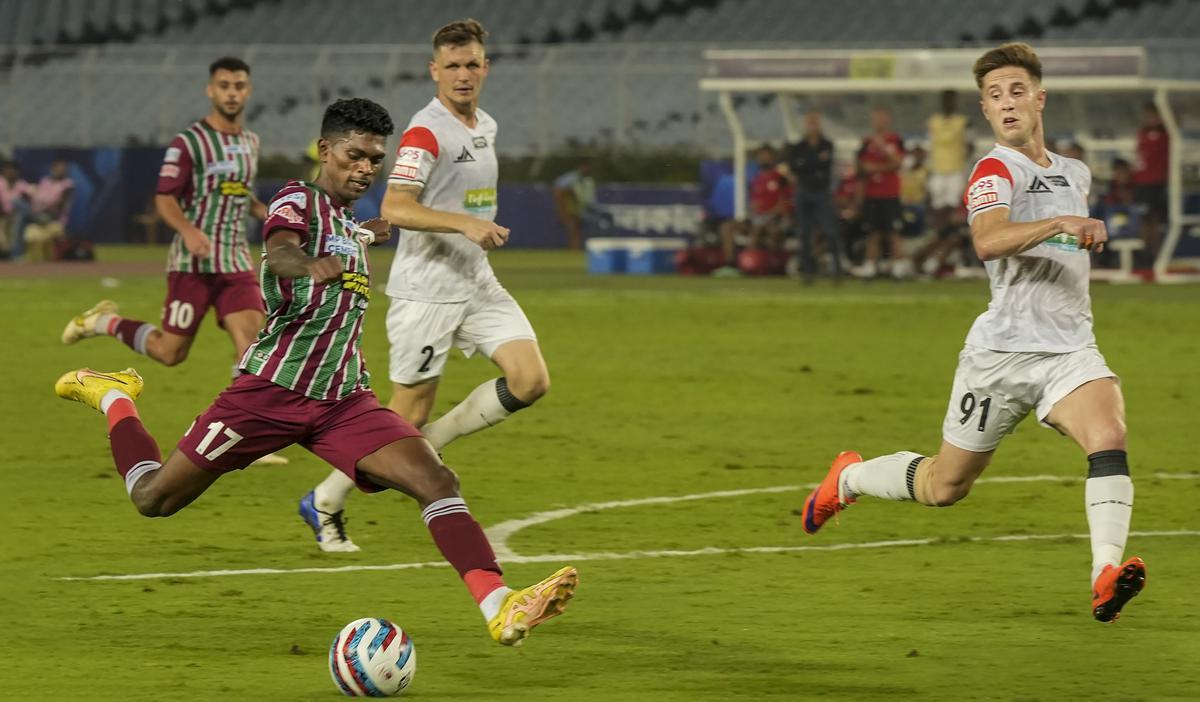 NorthEast United, on the other hand, are expected to have their entire team at their disposal after Romain Philippoteaux came back from injury to start against ATK Mohun Bagan. They are thus likely to start with Mirshad Michu in the goal ahead of whom Aaron Evans and Michael Jakobsen are expected to line up in the heart of Highlanders’ defense with Gurjinder Kumar and Joe Zoherliana partnering the duo as full-backs.

Jon Gaztanaga will line up just in front of the central defenders and try to orchestrate the underperforming NorthEast midfield that boasts the likes of Philippoteaux, Pragyan Gogoi, Emil Benny and Imran Khan with Benny and Khan operating in the wings. 19-year-old Parthib Sundar Gogoi is once again expected to lead the NorthEast charge and try to score as many goals as possible.

Des Buckingham is set to start with the same team that faced and battered Bengaluru with Vignesh Dakshinamurthy continuing in the lineup for the Islanders in place of Mandar Rao Dessai. Hence, we can expect, Phurba Lachenpa to start in goal; Mehtab Singh partnering Rostyn Griffiths in central defence. The duo are likely to be flanked by Rahul Bheke and Vignesh.

By all means, Apuia will partner with the creative Ahmed Jahouh and the dynamic Greg Stewart in midfield. Jorge Pereyra Diaz will be leading the line for the Islanders. He will be flanked by Lallianzuala Chhangte on the right and Bipin Singh on the left wing of the Mumbai City attack.

NorthEast United suffered a sixth loss in succession to begin the new Indian Super League season and that awful run could well worsen here as they host Mumbai City. The visitors have won their last two after they hammered Bengaluru 4-0 last time out, making it 10 goals scored in those two outings. They are also unbeaten in all seven games at the start of this season and they have to be fancied to clinch another three points in this one.