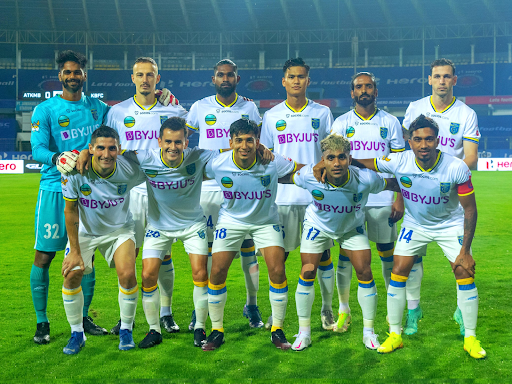 After suffering a heavy defeat in their campaign opener at the hands of Bengaluru, NorthEast United is all set to take on Kerala Blasters in their next ISL 2021-22 clash. The Blasters were also handed a similar fate, as they lost to ATK Mohun Bagan comprehensively.

It will be interesting to see how both teams will gather themselves after suffering identical 4-2 defeats as a poor start to the new season often serves as a hammer blow on the confidence of the young players in the squad. The two managers in Khalid Jamil and Ivan Vukomanovic have their tasks cut out as they will need to ensure the players are ready to shake off past failures and give it all they got in the upcoming fixture.

NorthEast United took on Bengaluru in their first match where the Highlanders were far from being unorganized but still ended up losing 4-2. Cleiton Silva scored the first goal for the Blues, but Deshorn Brown’s immediate response restored parity for the Highlanders.

Things took an ugly turn for the Guwahati-based side when Mashoor Shareef slotted it past his own keeper but new signing Matheus Coureur scored instantly to pull the game back once again. However, a stunner from Jayesh Rane and then a second-half strike from Prince Ibara called curtains on the game.

On the other hand, Kerala Blasters were also pegged back early as Hugo Boumous gave ATK Mohun Baan the league. The Blasters also came back in the game courtesy of a well-worked goal from Sahal Abdul Samad.

Unfortunately for Vukomanovic’s boys, back-to-back strikes from Roy Krishna and Boumous’ second goal took the game from their grasp. The second half saw Liston Colaco scoring a wonder goal whilst new signing Jorge Pereyra Diaz came up with a consolation to cut down the deficit to 4-2 as well.

Both sides have faced each other a total of 14 times with Kerala Blasters winning five of those 14 matches whereas NorthEast United has only secured four wins. The other five matches ended in a stalemate.

The first encounter from last season ended in a 2-2 draw as the Highlanders showed unreal character to come back in the game in the second half. The Blasters had a 2-0 lead at the break with Sergio Cidoncha and Gary Hooper finding the target for them but goals from Kwesi Appiah and Idrissa Sylla gave NorthEast United a hard-earned point.

The second match ended in a 2-0 win for the Highlanders with VP Suhair and Apuia Ralte finding the back of the net. 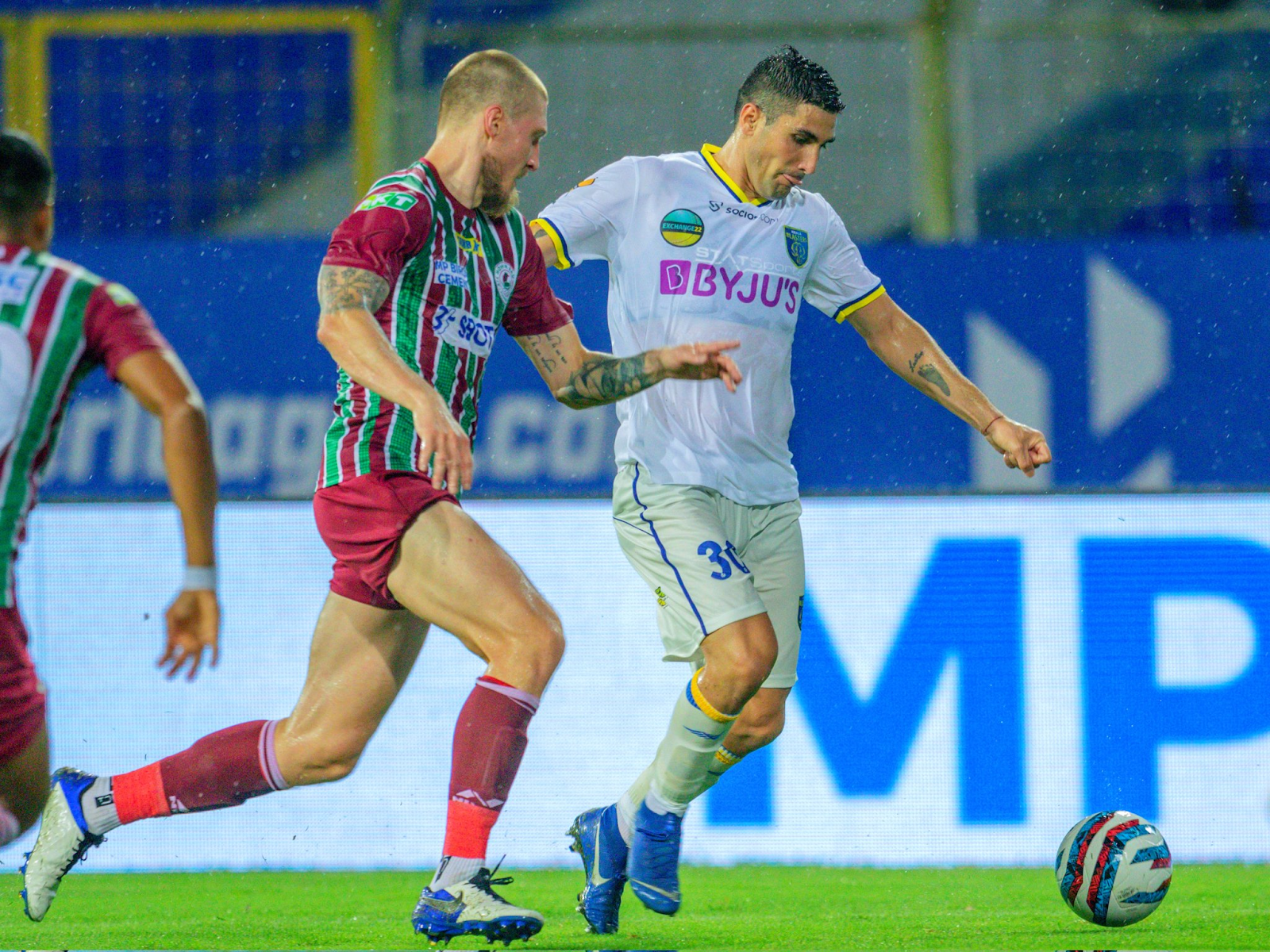 Khalid Jamil was criticized for starting the match with an all-Indian backline, but the Indian tactician later revealed that Federico Gallego and Patrick Flottmann were out with stomach upset which curbed his options.

He will be hoping that the duo recovers in time for this match while former Mumbai City player Hernan Santana could also be tried in defense. The Spaniard, who was deployed at the middle of the park in the last game, often played as a defender for the Islanders last season. Coureur had a decent debut but if Gallego retains fitness, the Uruguayan attacker is likely to feature in the starting XI.

The Blasters think tank will be gutted with Rahul KP’s injury news as the young winger is key to Vukomanovic’s plan and his crucial assist led to the goal scored by Sahal in the last match. Prasanth Karuthadathkuni is likely to be his replacement with the Serbian tactician expected to go with the same starting XI that lost against the Mariners.

It will be a tough match for both sides, as the players will need to pick themselves up mentally and then put up a strong show on Thursday. There is a big role for the head coaches as well to keep their players motivated and confident as both teams have shown attacking panache but lacked discipline in defense.