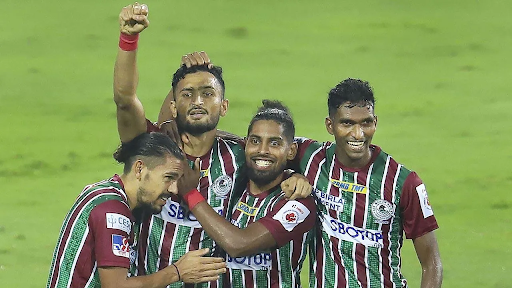 ATK Mohun Bagan is looking to get back to winning ways

NorthEast United will take on ATK Mohun Bagan in ‘Match 37’ of the 2021-22 Indian Super League season at the Fatorda Stadium on Tuesday. The former will be aiming to maintain their winning momentum while the latter will be desperate to get back to winning ways after parting ways with the head coach on the weekend.

The Antonio Lopez Habas era is now a chapter in the history books as the Mariners look for a new dawn under interim manager Manuel Cascallana. With only 8 points from 6 matches, they have slipped to the seventh position in the standings.

The Highlanders are a couple of places behind them, but having beaten East Bengal in their last match, Khalid Jamil’s team will be high on confidence.

Last season’s runners-up, ATK Mohun Bagan had a bright start to their campaign. They defeated Kerala Blasters and East Bengal quite comfortably in their first two matches, but things took an unexpected turn from there onwards.

Reigning champions Mumbai City handed them a 5-1 thrashing in their third outing, while Jamshedpur also got the better of them. In the last two matches against Chennaiyin and Bengaluru, the Kolkata-based team had to remain satisfied with draws against the former champions.

NorthEast United’s campaign so far has been filled with ups and downs, with the lows outweighing the highs. They lost their season opener against Bengaluru but did well to secure a draw against Kerala Blasters in their second outing.

After succumbing to a defeat against Chennaiyin, Jamil’s men made a strong comeback by beating Goa 2-1. They failed to capitalize on the momentum and lost their next two matches against Odisha and Hyderabad but rejoined winning ways for the second time this season by beating East Bengal 2-1 in their last match.

ATK Mohun Bagan is slightly ahead of NorthEast United in terms of head-to-head records, as they have beaten the Highlanders twice and have been defeated by the men in red only once, while one match ended in a draw.

The first meeting of last season ended 2-0 in the Mariners’ favor, but Jamil’s team avenged the loss by registering a 2-1 win in the return leg. The teams crossed paths again in the playoffs, where the first leg ended in a 1-1 stalemate, but Mohun Bagan walked off with a 2-1 triumph in the second leg. 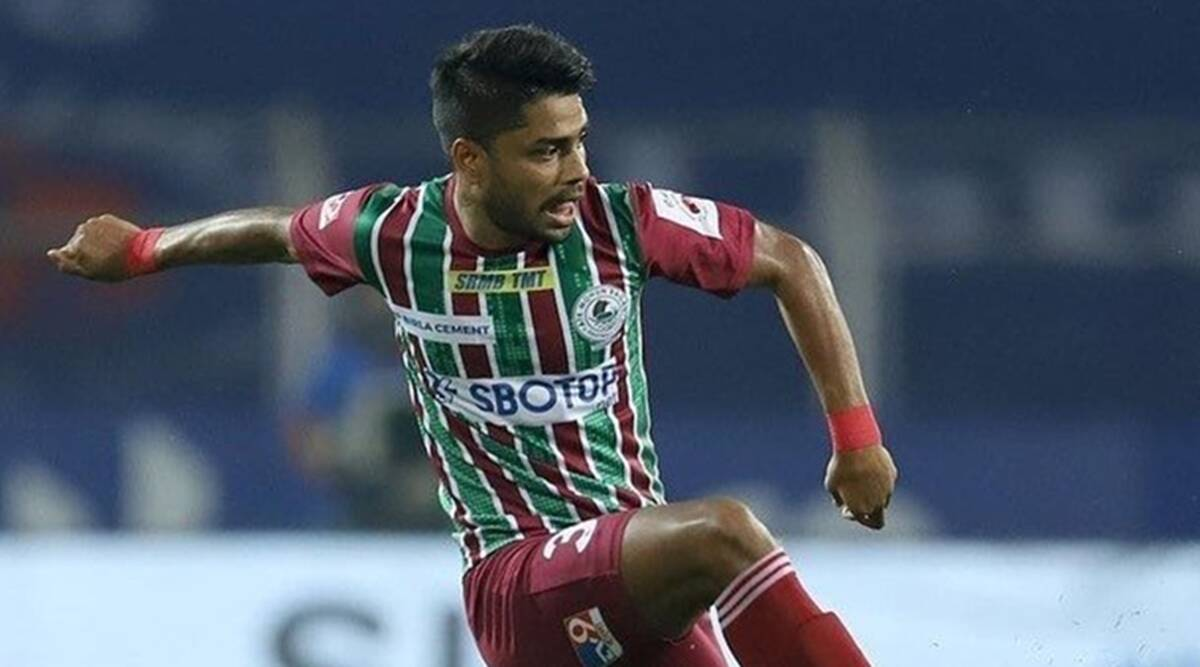 Having won a match after a lengthy wait, Jamil might be tempted to field an unchanged starting XI against the Mariners, though he could also make a solitary tweak. Playing on the right flank, Rochharzela had a very uneventful evening against the Red and Golds.

He created only one chance and had 28 touches of the ball – lowest among the Highlanders’ outfield players. In his place, the I-League winning manager can field Laldanmawia Ralte.

For Cascallana, motivating the players will be a more arduous challenge than picking a starting XI as Habas selected a very formidable side to take on Bengaluru. Ashutosh Mehta was caught out of position on multiple occasions and is likely to make way for Prabir Das in this match.

David Williams has an astonishing record against NorthEast United as he scored in both semi-finals last season against the Highlanders. The Australian can replace Hugo Boumous in the two-striker system to have more direct attempts against the young Jestin George.

Though both teams have been lackluster this season, ATK Mohun Bagan is ahead of their opposition on a couple of aspects. They are a stronger team on paper with almost everyone fit and available while NorthEast United has a long list of absentees.

The head-to-head statistics are also inclined in the Mariners’ favor. Hence, we have predicted a 2-1 win for the Mariners.