Napoli vs Fiorentina: Preview and Prediction 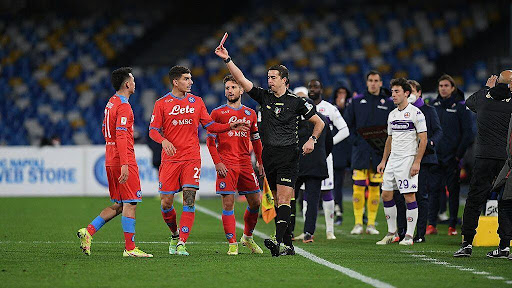 Heated scenes during the latest face-off between these two combatants

The Match Day 32 of the 2021-22 Serie A brings a high-voltage contest between Napoli and Fiorentina. The battle between two Italian combatants will take place at the Stadio Diego Armando Maradona on Sunday.

These two clubs have been considered elites in the Italian top division football throughout the years. While Napoli climbed the hills of glory, the Florence-based club just couldn’t maintain their reputation during the transition years of modern-day football and failed to stand out among the other Italian giants.

Despite being the fifth-most appeared club in the history of Serie A, Fiorentina’s last league triumph was 53 years ago in the 1968-69 season. The 2020-21 season was the fifth straight campaign where they couldn’t achieve a Top 6 finish to get a shot at European competitions. While the circumstances in 2018-19 were so disastrous that the relegated Empoli side had only three points less than Viola’s total of 41 match points.

Fiorentina registered a crushing victory over Napoli in their previous face-off at the Coppa Italia ‘Round of 16’ stage. It was a goal-fest concluded on a 5-3 as the visitors scored three at the extra time to take it all at the Stadio Diego Armando Maradona. In an action-packed encounter where we also saw four yellow and three red cards shown by the referee as a consequence of the intense foul play.

The Blues from the city of Naples are currently standing in the second position of the Serie A points table with 66 points from the 31 fixtures. The race for the Serie A crown between AC Milan and Napoli is going to be entertaining as I Rossoneri only have seven fixtures left to defend a tiny lead of one point against the marching blue forces. The Parthenopeans will leave no stone unturned in the final stage of the season to end their title drought of a whopping 32 years.

On the other hand, Fiorentina is also having a hard battle with Atalanta and Lazio to grab the final spot in the Top 6. A win and three-point hunt from this fixture mean the Florence-based club will overtake the Lazio side in the race. They played an away draw with Inter before dispatching on the International break and returned to the action with a 1-0 victory over Empoli on home turf. 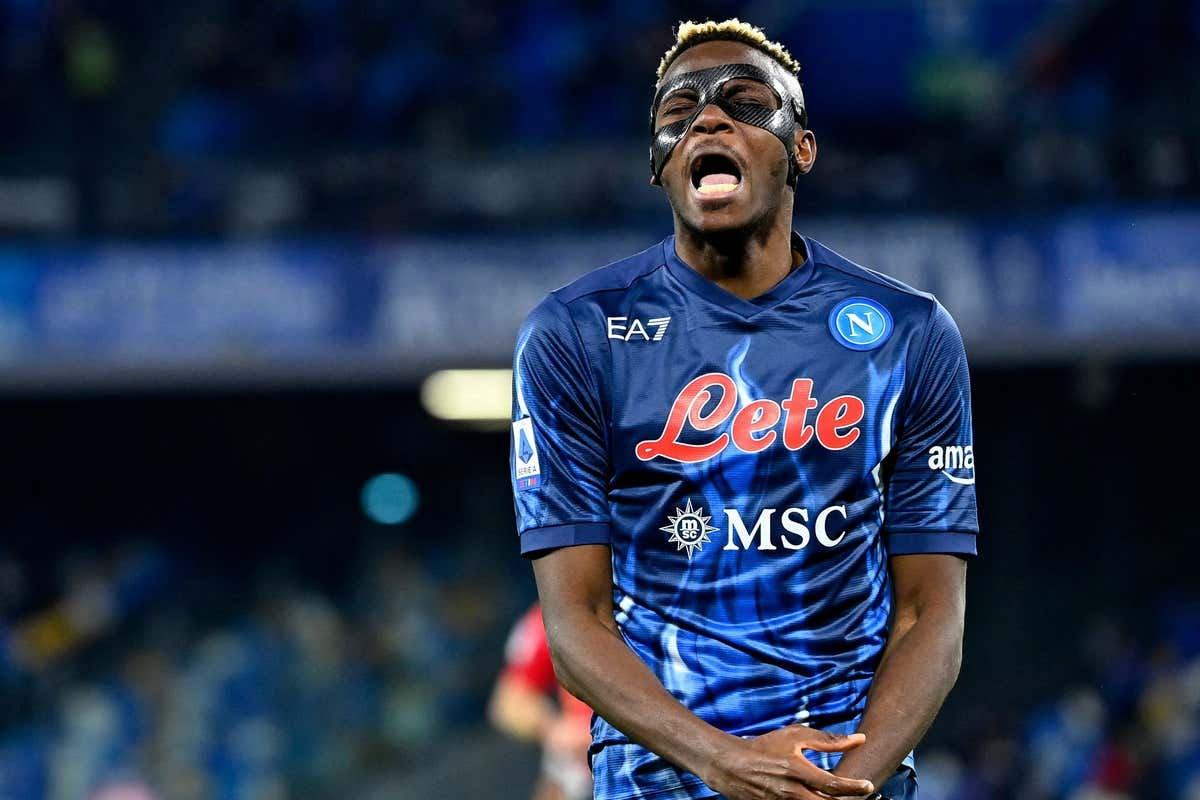 Napoli gaffer Luciano Spalletti will be without the services of star right-back Giovanni di Lorenzo for this fixture too while Victor Osimhen is also doubtful. He is unlikely to make any major changes from the winning lineup of the Atalanta game to sustain the momentum. It’s a golden opportunity for Dries Mertens to have his redemption after a forgettable season as the Belgian veteran will be donning the striker position in the possible 4-2-3-1 formation.

Fiorentina’s two ‘star loanees’ Alvaro Odriozola and Lucas Torreira are also listed as absentees for this encounter. The absence of Odriozola has cleared the way to playing XI for the vice-captain Lorenzo Venuti who started in the club’s previous two fixtures. Piatek will be leading the Florence attack against the Naples defense while Arthur Cabral may make a cameo appearance replacing the Polish forward upfront.

Lorenzo Insigne: The Italian forward has the goal contribution for Napoli with eight goals and seven assists from 25 league appearances this season. He opened the scoreline against Atalanta from the penalty spot in a memorable 3-1 triumph at Stadio Atleti Azzurri d’Italia.

At this rate, the 30-year-old Italian international may achieve a double-digit number of goals and assists at the end 2021-22 Serie A campaign. 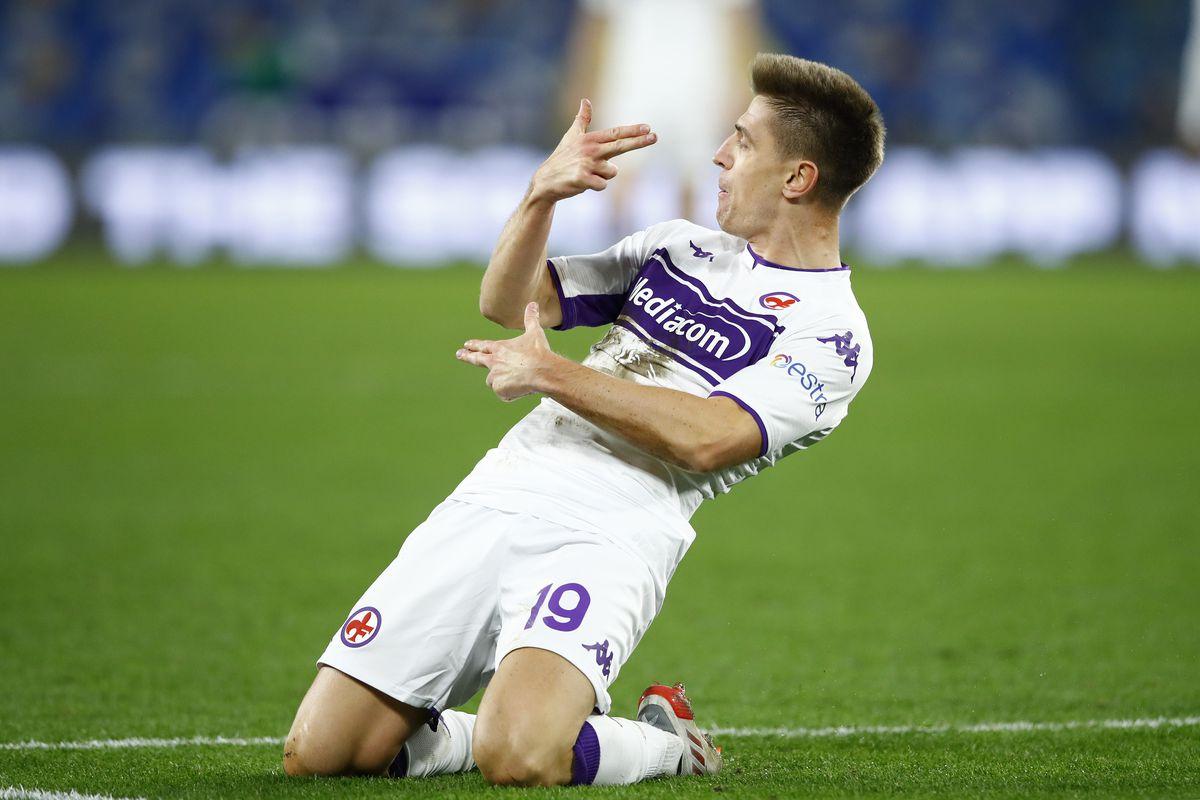 Krzysztof Piatek: The 26-year-old Polish forward has been blazing his scoring gun since his arrival at the Tuscany capital. Before his transfer to the German Bundesliga, Piatek used to feature regularly in the scoring charts of the Italian top-flight league during his short stints with Genoa and AC Milan.

He has scored six goals in the 11 appearances for the Florence-based club across league and cup competition including a brace in the Coppa Italia quarter-final clash with Atalanta. The transfer talks of the Polish forward on a permanent move are buzzing right now and may become reality if he continues the scoring wrath.

Despite the disastrous outing in the previous face-off, Napoli has still maintained a dominant head to head record against the Violets. The recent form of the Blue forces is impervious as they will be kick-starting this encounter as favorites.