Mumbai City is on the trot to reclaim their lost supremacy  

The double champions of the Indian Super League 2020-21 season had a forgettable title-defense campaign in the following season. The Sky Blues from the City of Dreams are returning to claim what was theirs with sevenfold preparations and a great Durand Cup debut campaign. ‘Parimatch News‘ brings an exhaustive analysis of Mumbai City for ISL 9.

Mumbai made its awaited debut in Asia’s oldest existing football competition and appeared in the Grand Finale in the first attempt. They were the first club from the state of Maharashtra to participate in the Durand Cup tournament and missed out on glory from a very short distance. The Islanders were placed in the group of death where they faced tough competition from other group members like ATK Mohun Bagan, East Bengal and Rajasthan United.

However, the Sky Blues from the state capital of Maharashtra still managed to earn the knockout qualification comfortably and advanced to the next stage as the table-toppers of Group B. A nail-biting quarter-final encounter with Chennaiyin was followed by a thumping triumph over the home side Mohammedan which took them to the finals.  Then they squared off Bengaluru in the Grand Finale where they ended up on the losing side of the 1-2 scoreline and settled with the runners-up honour.

The City Football Group (CFG) outfit had a frustrating outcome from the previous season of the Indian top-flight league where they could not even qualify for the knockout stages. The 37-year-old English gaffer Des Buckingham kick-started his Mumbai reign in style but couldn’t sustain further the momentum throughout the league stage and ended up outside the Top 4.

A 1-2 defeat at the hands of eventual champions Hyderabad in the final league fixture knocked Mumbai out of the playoff race as they could score only 31 points from 20 games. The ISL exit was not the point where the islanders wrapped up their season as they also went on to represent the Indian banner at Asia’s biggest club competition in May 2022.

Mumbai City became the first Indian club to win an AFC Champions League game when they defeated Iraqi Air Force Club in the second group fixture. Then they went on to beat the same club opponent in the returning clash too and finished second in the group standings with 7 points from six games. 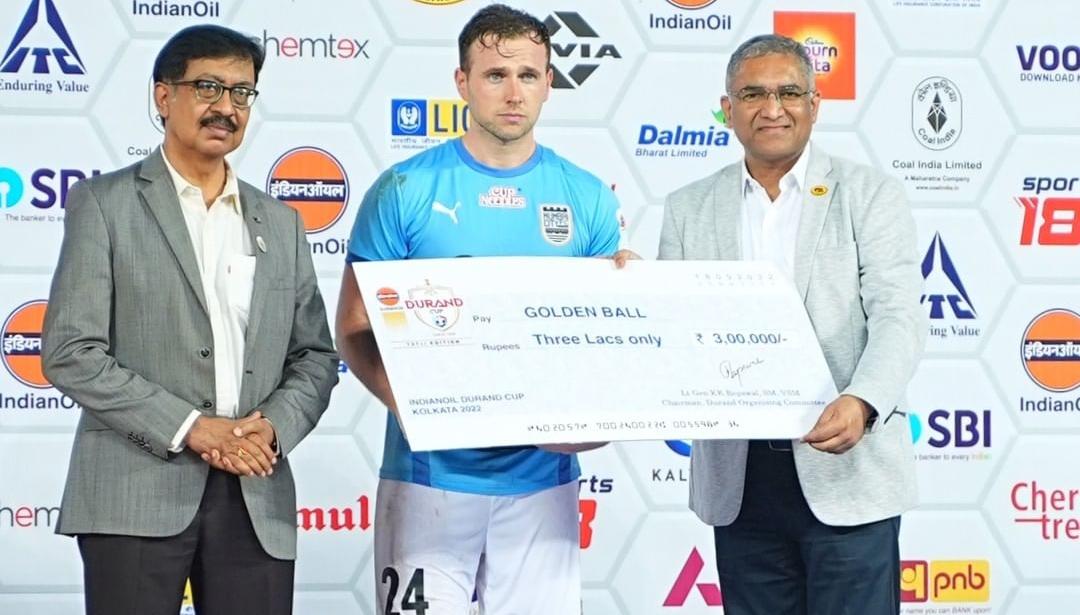 After Adam Le Fondre and Igor Angulo, the torch of goal-scoring responsibilities of Mumbai City has been passed to the Scottish playmaker Greg Stewart. The 32-year-old former Rangers forward played a pivotal role in the ISL Premiere triumph of Jamshedpur in the previous season where he also claimed the ‘Golden Ball’ award. In his very first assignment in the Sky Blue colours, Stewart was honoured with Best Player of tournament honour in the recently concluded Durand Cup edition where he bagged six goals.

Stewart will be accompanied by another star forward named Jorge Pereyra Diaz who ran riots in the 2021-22 ISL campaign and made it to the Top 8 in the individual goal-scoring charts. Jorge emerged as the highest goal-scorer from the Kerala Blasters camp after scoring eight goals from 21 appearances in their journey to the final. The 32-year-old Argentine forward will be playing the role of number nine in the new system of Buckingham.

Many players have joined Mumbai City from Goa in recent times and the Spanish attacking midfielder Alberto Noguera is the latest one of them. The Sky Blues also signed David Williams earlier but the Australian forward parted ways with them owing to personal reasons and returned to his homeland. As the replacement of Williams, the veteran central defender Rostyn Griffiths was added to the squad to fill out the sixth foreigner’s spot from the AFC member nation.

Among the domestic additions, the 22-year-old left-back defender Sanjeev Stalin who was also part of the Indian team at the 2017 FIFA U-17 World Cup is the major one. The former ATK Mohun Bagan central defender Gursimrat Singh Gill will now be seen marching the Mumbai banner in Sky Blue outfits. Meanwhile, the loan stint of the Odisha defensive midfielder Vinit Rai has been extended for another season. 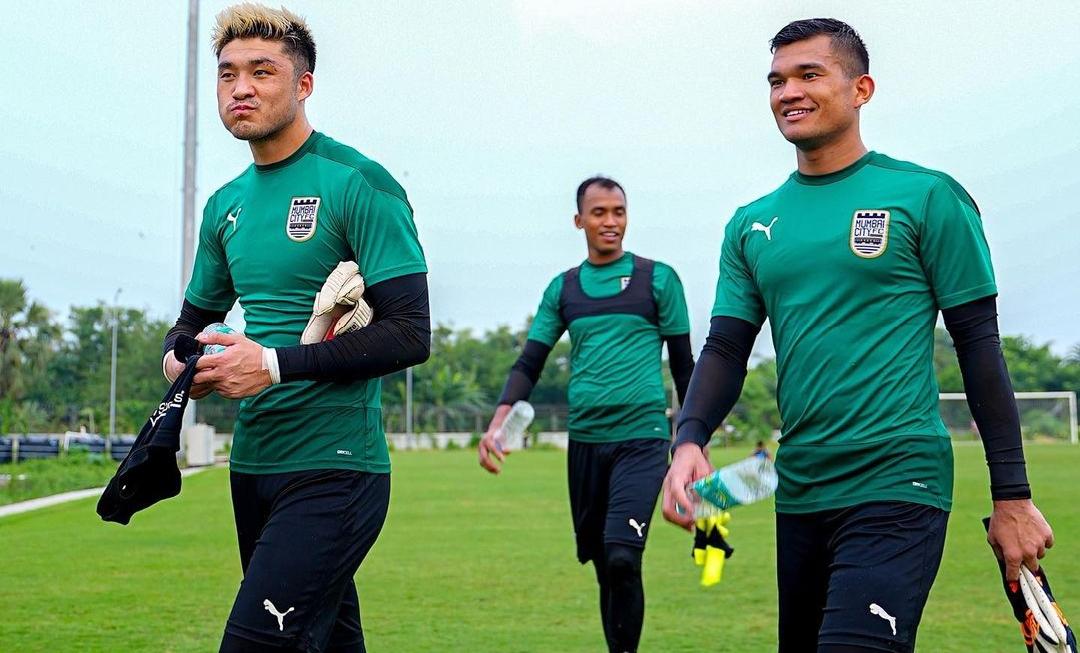 The Mumbai City roster features two goalkeepers who are capable enough to hold the first-choice status of an Indian top-flight league outfit. Despite the disappointing previous ISL campaign, Nawaz overcame the failure and showcased a great performance on the continental stage. Meanwhile, Phurba Lachenpa has shown a glimpse of what he is capable of and impressed everyone with his prowess in very limited chances.

The strength of this Mumbai side lies in their defense which is almost the same as the last season and moreover, strengthened with new additions like Stalin and Griffiths. Rahul Bheke and the skipper Mourtada Fall will be their first choice options for the central defender pairing while Mehtab Singh and Rostyn Griffiths will be also there for backup support.

The local lad Amey Ranawade is an undisputed starter on the right flank of defense but Mandar Rao Desai will face tough competition from Sanjeev Stalin and Vignesh Dakshinamurthy for the designated position.

The coordination of the two holding midfielders Ahmed Jahouh and Lalemgmawia Ralte is the backbone of the team which gives a helping hand to the defensive unit and also provides key passes for the forward line. The Moroccan defensive midfielder has played a pivotal role in the resurrection of the Blues to the top. The 21-year-old Mizo midfield sensation is mapping new heights day by day and has also benched senior midfielder Rowllin Borges ever since his move to the west.

Buckingham made hard efforts to retain the same core of the squad and the Englishman has succeeded in the task to an extent. However, the two key positions of Number 10 and Number 9 will be donned by the names who are going to play in Mumbai outfits for the first time. Stewart and Diaz have previous experience of playing in the ISL but the fact that they have never played along with each other before can take this campaign the other way around.

One thing which the Islanders really need to work on is consistency which was the major reason behind their failure in the 2021-22 ISL edition. The head coach came up with preparations for his first assignment with the Sky Blues but failed to stay by the initial plan and soon lost his focus on the ultimate goal. He also needs to improve the workload management structure of the team and the injury outbreak has already given them a lot of damage in the past.

The first and only ISL double champions were nowhere near the title picture of the previous season but will still kick-start this campaign as dark horses. The kind of domination they displayed in the Durand Cup was unreal and makes their claim on the trophy even stronger. However, it will all depend on how Buckingham guides them throughout the season as he may not get another chance to be in charge of this club.