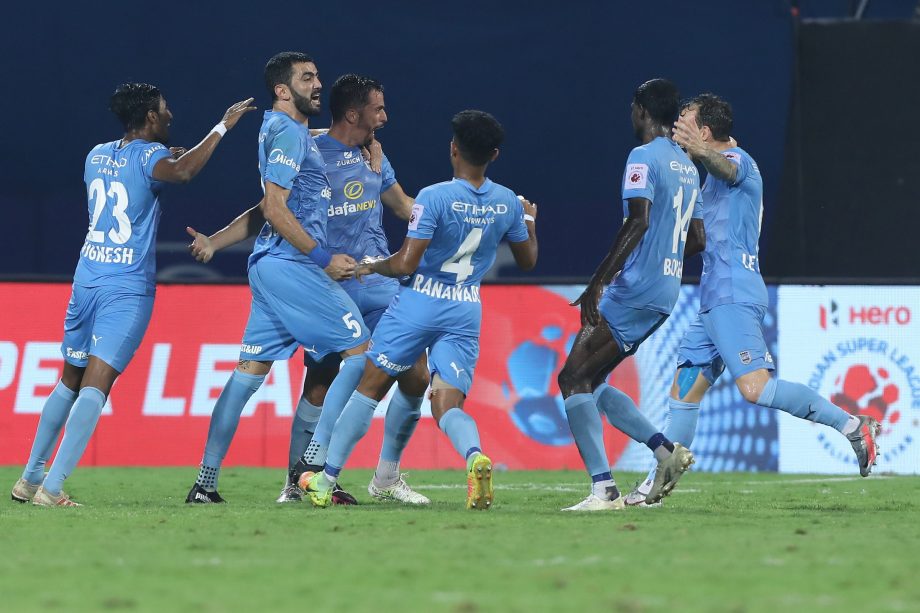 Mumbai City FC has qualified for the playoff stages of the 2020-21 Indian Super League season after a 3-3 draw against FC Goa on Monday.

Mumbai City currently sits comfortably on the top of the table with 34 points from 16 matches courtesy of 10 wins and 4 draws. Second-placed ATK Mohun Bagan FC has 30 points from 15 matches and would be hoping to knock the Islanders from their perch using the game in hand.

FC Goa, Hyderabad FC, and NorthEast United have identical points tally thus far with 23 points from 16 matches each. With the Gaurs yet to face the Nizams, one of the two sides is guaranteed to drop points which will ensure Mumbai City’s qualification for the knockout stage of India’s premier football competition mathematically.

Mumbai City FC has also made a record of qualifying for the knockout stages of the ISL with the most number of matches (4) still to be played in the league season.

The Islanders are reaping rewards of spending big in the pre-season bringing in the former FC Goa trio of Hugo Boumous, Mourtada Fall, Ahmed Jahouh along with star overseas signings such as Adam le Fondre, Bartholomew Ogbeche, Cy Goodard, and Hernan Santana. The Mumbai-based club also hired Sergio Lobera as their new manager to lead the side in the new era.

After losing the first match of the ongoing seventh edition of the ISL to NorthEast United FC, Mumbai City went on an unbeaten run of 12 matches winning 9 of those matches and drawing just 3 games before losing to NorthEast United once again. Courtesy of that brilliant run, the Islanders are favorites to qualify for the AFC Champions League and winning the ISL shield as well along with the coveted ISL trophy.