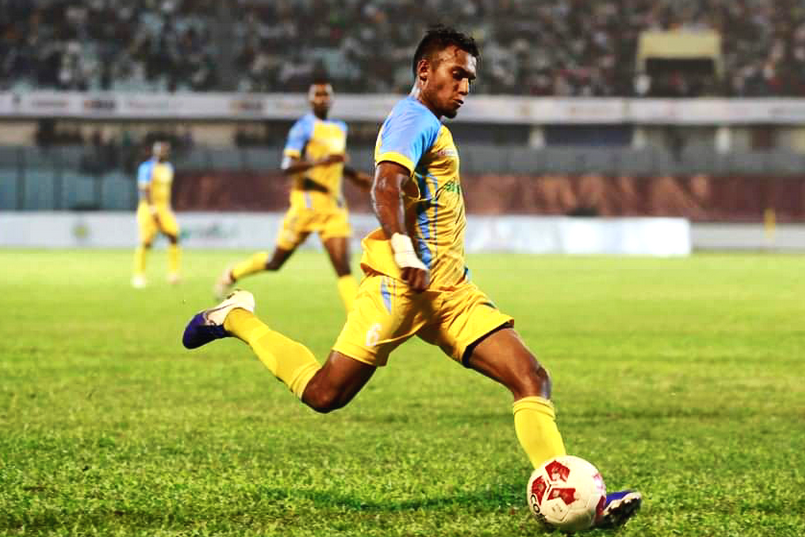 Mohammedan SC has signed the 30-year old Bangladesh midfielder Jamal Bhuyan ahead of the 2020-21 season of the I-League.

After being born in Copenhagen to parents of Bangladesh-origin, Bhuyan signed for Danish club Brondby IF and scored a vital goal against rivals FC Copenhagen following which he was signed by the Copenhagen-based club.

After playing for various Danish clubs in Hellerup IK, BK Avarta, and Avedoere IF, the midfielder moved to Bangladesh signing for Sheikh Jamal Dhanmondi Club and went on to sign for fellow Dhaka clubs Sheikh Russel KC and Saif SC.

Bhuyan has been playing for Saif SC for the previous three years representing the club in Bangladesh Premier League and in AFC Cup as well.

The 30-year old midfielder has made 43 appearances for the Bangladesh national team and captained the nation on several occasions as well.

The Black Panthers are the first I-League side to have completed their quota of overseas signings. The club has previously signed overseas star players like Ghanian defensive midfielder Mohammed Fatau, Nigerian forward Raphael Odoyin Onwrebe, and the young Ghanian forward Philip Adjah. Now, the signing of Jamal Bhuyan has filled the overseas quota of players as the I-League sides are allowed to register only four overseas players for the 2020-21 season of the second division of Indian football.