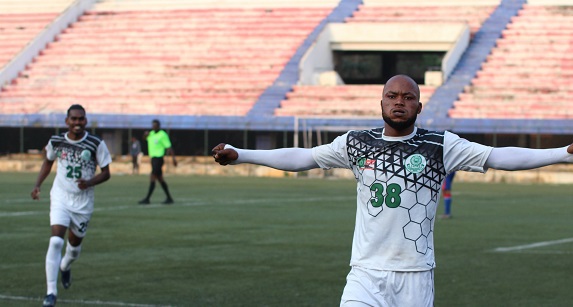 Mohammedan SC has signed John Chidi and Azharuddin Mallick to bolster their attacking option in the ongoing season of the I-League.

The Black Panthers have been part of the most number of scoreless draws in this season (3 out of 5 matches) and were in desperate need of more attacking options in the squad. After signing two defenders and a goalkeeper last month, Jose Hevia has finally sealed the deal for two forwards with one of them an experienced overseas poacher whilst the other is a young Indian forward with the ability to play across the forward line.

John Chidi is a Nigerian footballer who has spent most of his footballing career in India starting from 2003 when Mohammedan SC signed the striker. In his first stint with the club, Chidi scored 4 goals in 19 appearances and went on to play for some Indian footballing giants like Sporting Goa, Dempo, Mohun Bagan, Salgaocar, and East Bengal.

Azharuddin Mallick is a West Bengal based forward and started his career with local club United SC before moving to Mohun Bagan where he spent five years. Making 31 I-League appearances, most of them from the bench, Mallick scored 4 goals in his time with the Kolkata giants before signing for FC Bengaluru United ahead of the 2020 I-League qualifiers.

Chidi scored a goal on his I-League debut for Mohammedan SC as his goal helped the Black Panthers trump Gokulam Kerala 2-1 while Mallick was an unused substitute and would be hoping to make his debut for the club against Indian Arrows on Sunday.