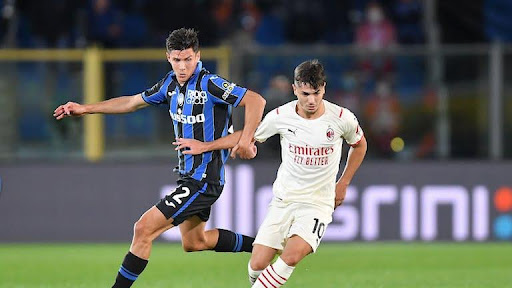 With just two matchdays remaining in the 2021-22 season of Serie A, Milan remain perched at the top of the leaderboard with a slender two-point lead over city rivals Inter. However, to end their 11-year Scudetto drought, the Rossoneri will have to overcome the challenge of Atalanta at the San Siro Stadium on Monday.

Milan has 80 points in their bag from 36 matches and would pile a mighty amount of pressure on Inter if they manage to pick up the all-important three points. Even a draw won’t hurt the Rossoneri much as they hold a head to head advantage over Inter in Serie A.

Tied on 59 points with Roma and Fiorentina, Atalanta head into the game with an eye on the final European spot on offer. A lot of things have to go in the favour of Nerazzurri for finishing sixth on the table but they would not hesitate a bit while deriving sadistic pleasure by spoiling Milan’s party.

Milan is unbeaten in their last five Serie A games, winning four and drawing once. A month prior, they played a goalless draw with Torino before beating Genoa 2-0 courtesy of goals from Rafael Leão and Junior Messias. A 3-0 defeat to Inter in the Coppa Italia semi-finals followed later before Milan returned to groove by pipping Lazio 2-1, courtesy of a last-gasp strike from Sandro Tonali.

The Red and Blacks edged Fiorentina 1-0 after Rafael Leão found the back of the net in the 82nd minute before completing a  3-1 comeback win over Verona as Sandro Tonali struck a brace.

Atalanta has picked up just two wins from their last five games while losing one of them. After Leipzig knocked them out in the Europa League quarter-finals, Verona edged them 2-1 as Giorgio Scalvini scored a consolation goal for Atalanta. The Nerazzurri returned with a 3-1 win over Venezia before sharing the spoils in a high octane 4-4 encounter with Torino.

Mario Pasalic’s 88th-minute goal saved Atalanta’s blushes as the final scoreline read 1-1 after relegation-threatened Salernitana took the lead in the 27th minute. Atalanta’s confidence will be boosted by the fact that they beat Spezia 3-1 away from home before facing Milan in their own den. 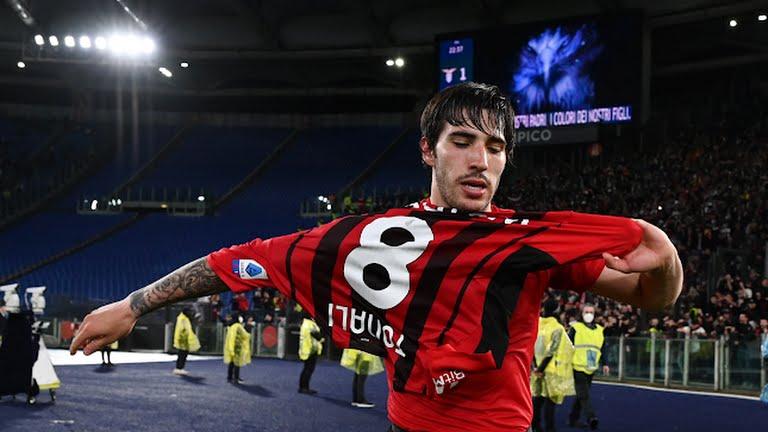 Can Sandro Tonali score once again for Milan against Atalanta?

Milan and Atalanta have squared off against each other a total of 39 times in history, with the former gaining the bragging rights on 16 occasions. The latter had the upper hand only 11 times while the teams were forced to share the spoils on the remaining 12 instances.

Atalanta, however, hasn’t lost a game to Milan away from home in their past seven meetings as they won thrice while levelling the proceedings in the other four meetings. It has been eight years since Milan has beaten Atalanta at the San Siro Stadium. Having said that, Atalanta has lost each of their last three away encounters while facing sides in the top half of the table in Serie A.

Milan beat Atalanta 3-2 away from home as Davide Calabria, Sandro Tonali, and Rafael Leão found their names on the scoresheet in the 1st, 42nd, and 78th minutes respectively. Atalanta tried their best to restore parity as Duvan Zapata and Mario Pasalic found the net in the 86th and 94th minute respectively but it proved to be marginally less. 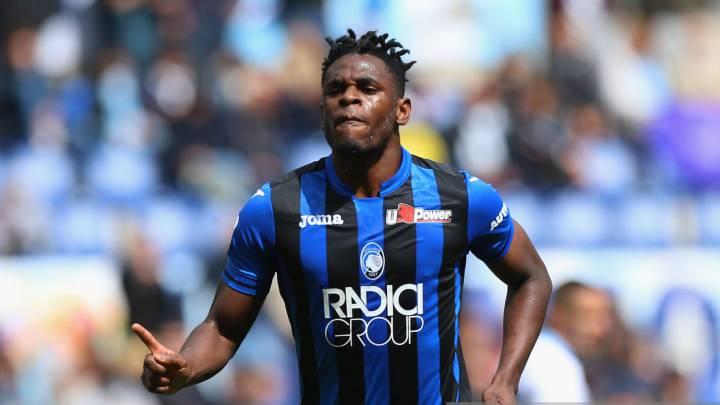 Simon Kjær remains unavailable for the tie against Atalanta for Milan as the 33-year-old centre back is still nursing his injury. Milan manager Stefano Pioli will have to make way without the services of the Danish international once again.

With urgency backing both Milan and Atalanta, the one who manages to hold on to their nerves will come out on top. Both sides are ruthless in front of the goal and the match should be a high-scoring affair like their previous encounter. However, with the San Siro crowd backing them, we predict Milan to gain the upper hand by the end with a 3-1 scoreline.