Milan leads the race for the Scudetto, surpassing its nemesis Inter before the New Year 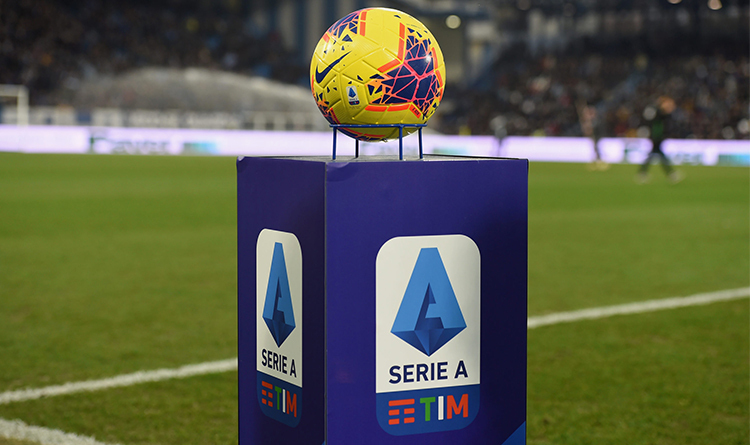 Serie A stand with a ball ahead of the league match

The last matches of the year have come to an end and we now have a clear picture of what is going on in the fight for the Scudetto. Milan and Inter have real chances to win the league, while Juventus is far behind them.

On Matchday 14 of the Italian Serie A, Juventus were thrashed 0-3 at home by Fiorentina. Inter overcame Verona (2-1) and gained 7 сonsecutive victories in the league.

Antonio Conte asked about two-horse race with Milan this year:

“We’re focusing on ourselves and doing the best we can. It’ll certainly be a more even league, because many teams have strengthened and want to have their say. It’ll be a difficult season. We need to fight to try and win, regardless of what could still be lacking. This is the history of Inter, the team must always fight to win. Then, there’s only one side that emerges victorious, but we have to fight all the way to the end.”

The team recently crashed out of all European competitions, finishing in last place at the very end of the Champions League group stage. They now have enough resources to compete heavily for the domestic league title.

Roma beat Cagliari (3-2), AC Milan won Lazio 3-2 thanks to the last-minute corner and effective touch of Hernandez, while Napoli drew 1-1 with Torino. Sampdoria was defeated by Sassuolo 2-3.

Milan and Internazionale are serious contenders for the Scudetto this season with 1 point difference. The closest team is Roma with 27 points to their credit. Juventus struggles with a recent bad performance and remains in 6th place with only 24 points, it is 10 points behind first place.

“Yesterday, with a poor performance and a result far from acceptable, we closed our scheduled games for 2020, a special year in many particular ways. Empty stadiums, COVID protocols, postponed games, long stoppages and a very tight calendar. But this is no excuse for anything. We know that we have to give more of ourselves, in order to play better and to win in a more consistent way. We are Juventus! And we simply cannot accept anything less than excellence on the pitch!”

“I hope this short stoppage may help us to come back stronger and more united than ever, because the season is still far from over and in the end we believe that we will, once again, celebrate with our tiffosi. Believe in us, trust our team as much as we trust you, and we will deliver!”

35-years-old Ronaldo is top forward of the league with his 12 goals. Romelu Lukaku and 39-years-old Zlatan Ibrahimovic are behind him.

In total the Turk has created 53 chances in 14 Serie A games this season, more than any other European top-five club player:

“We are aware that a champion like Zlatan may be missing and that we are stronger with him, but we are exploiting the characteristics of the whole team. I made Alexis go too low, we had to be more aggressive. Despite the difficulties we have had many opportunities to close it, then this desire we have not to give up until the end is giving results. We have many roles in which we are at a very high level, we must continue.”

The fifteenth tour of Serie A will take place in 2021. The first match of the year is scheduled for the third of January, Sunday.