Memphis Depay will join FC Barcelona as a free agent 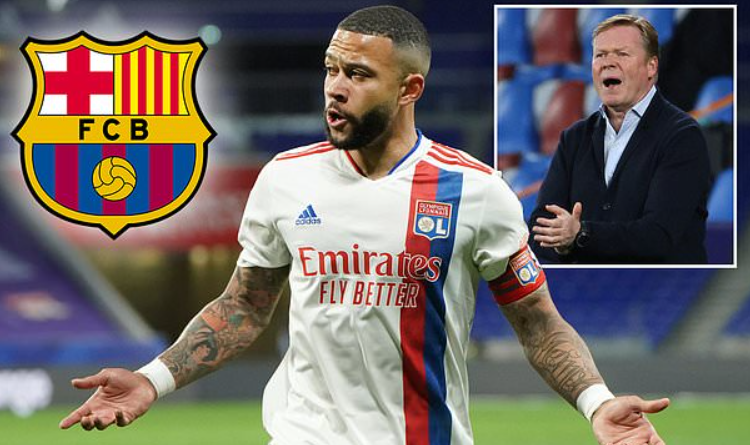 Lyon and Netherlands striker Memphis Depay is set to become a Barcelona player. This was recently announced by the official club website.

The Catalan club have announced the upcoming signing of the 27-year-old, the agreement will be signed for two years until the end of the 2022/23 season. Depay will move to Barça as a free agent: his contract with the French team expires on June 30.

Memphis commented on this transfer after the Euro 2020 match against Macedonia, where he opened the scoring and helped his team to climb on the top of Group C to reach the playoffs:

“In my career, there have always been ups and downs, good and bad moments, and all that makes you learn. That is why I think that arriving at Barça is a great step forward in my career.”

The attacker also explained the two-season contract, saying that is simply the terms he agreed on.

It is said that the signing of the Dutchman was a personal request of Koeman, who desired to sign him when he first arrived at Camp Nou. Memphis worked with Koeman for almost two years while the 58-year-old was in charge of the Netherlands national team.

In a recent interview, Ronald Koeman commented on the transfer of Depay:

“He’s a very good player, just like Sergio Agüero and Eric Garcia. Most of our forwards want the ball at their feet and Memphis can be used as a starting point, but he can also go deep. He’s strong, dynamic and can play with both feet on either side.”

Paul Pogba to become the highest-paid player in the EPL? The Frenchman will be able to join Real Madrid this summer if re-signing talks fail.