Jamshedpur started their 2022-23 Indian Super League campaign with a 2-3 defeat to Odisha at the JRD Tata Sports Complex in Jamshedpur on Tuesday. Diego Mauricio scored a brace while Isaac Vanmalsawma scored the other goal for the away side. For the Men of Steel, it was Daniel Chukwu and Boris Thangjam who found the back of the net.

Jamshedpur fielded their side in a 4-3-3 formation with Rehenesh TP guarding the sticks. Laldinliana Renthlei, Eli Sabia, Peter Hartley, and Ricky Lallawmawma formed the back four with Wellington Priori, Germanpreet Singh, and Farukh Choudhary playing as the midfield trio. Boris Thangjam, Daniel Chukwu, and Ritwik Das formed the front three.

Odisha, too, took the field in a 4-3-3 formation with new signing Amrinder Singh donning the gloves. Sahil Panwar, Carlos Delgado, Narender Gehlot, and Thoiba Moirangthem played as the back four with Saul Crespo, Osama Malik, and Raynier Fernandes rotating balls in the midfield. Nandakumar Sekar, Diego Mauricio, and Jerry Mawihmingthanga shared responsibilities amongst themselves to score goals.

The first chance of the game fell to Jamshedpur as early as the third minute and they made it count. Ricky Lallawmawma fired a low cross from the left flank which wasn’t cleared properly by Thoiba Singh. Chukwu pounced on the rebound to slam the ball home as Jamshedpur broke the deadlock.

Ricky was once again in the thick of things seven minutes later when his low ball across the face of the goal was tapped home by Boris Thangjam into the roof of the net. Odisha didn’t take long to reply as they got one back in the 17th minute.

Raynier’s cross split the entire Jamshedpur defense and Mauricio curled the ball into the net from outside the box to open Odisha’s account. The duo were in the thick of things in the 24th minute when Mauricio tried to be the provider. However, Raynier’s final shot was wayward. With both the keepers staying rooted to their spot, Jamshedpur went into the break with a slim one-goal lead over Odisha. 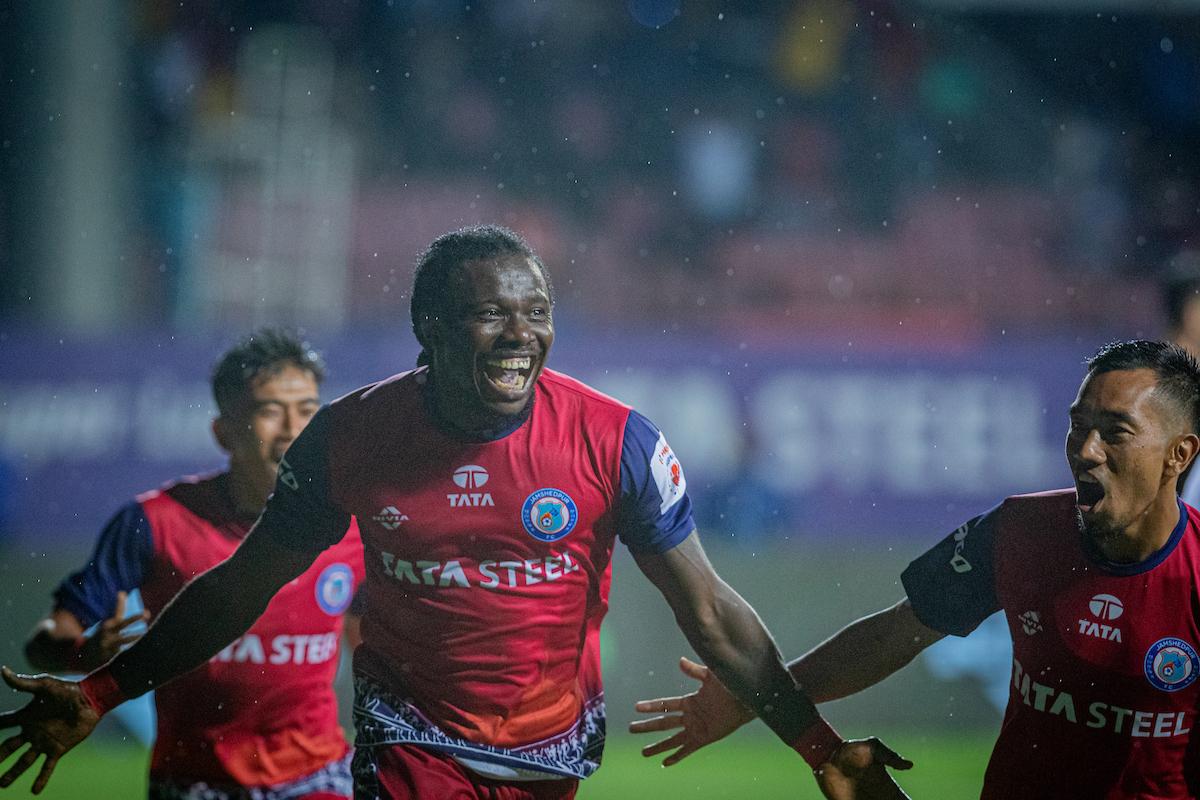 Odisha continued knocking on Jamshedpur’s doors and almost equalized in the 66th minute. Pedro Martin was free on goal from the left flank after beating the offside trap. However, his final shot was comfortably collected by Rehenesh TP from a one-on-one situation.

Josep Gombau’s men took control of the game in the second half but were lacking the cutting edge in the final third. The Spaniard made a triple change with ten minutes of regulation time left that saw super substitute Isaac Vanmalsawma take the field.

Making the most of the tired Jamshedpur legs, substitute Victor Rodriguez set Isaac free on the right flank who took just a moment to unleash his shot from outside the box as the ball nestled in the top corner in the 88th minute.

Isaac turned into the provider three minutes later when his crossfield pass split open the Jamshedpur defense and Mauricio powered his shot into the net from the edge of the box. The goal proved to be the killer blow as his strike silenced the home crowd.

ISL League Shield Winners Jamshedpur need to regroup themselves when they square off against Mumbai City at the Mumbai Football Arena on 22nd October. Odisha, too, has the same opponent in sight but they don’t have the luxury of a 10-day break as their encounter takes place four days from now.