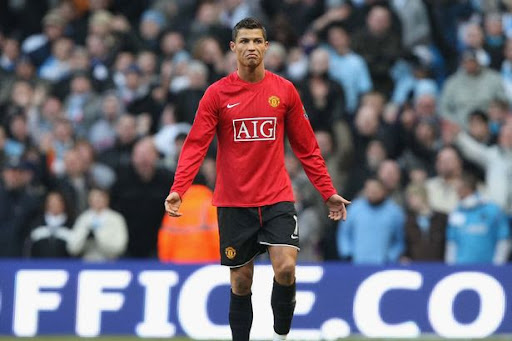 Cristiano Ronaldo in his previous spell at Manchester United

Manchester United has signed former Real Madrid and Juventus forward Cristiano Ronaldo on a two-year deal until the end of the 2022-23 Premier League season.

The club legend has returned home with Manchester United fans breaking the internet across the world as their hero and former player will once again be seen at Old Trafford wearing the beloved red jersey of the club.

The Manchester-based club will play 15 million pounds to Juventus initially and 8 million pounds in bonuses as they completed their third major signing of the season after Jadon Sancho and Raphael Varane.

For the past couple of days, neighborhood club and city rivals Manchester City was negotiating a move for the former Real Madrid forward after Harry Kane announced that he will be staying at Tottenham Hotspurs for another season.

The transfer was nudging along at a good pace until Friday morning when former club Manchester United got involved and hijacked the move. Countryman Bruno Fernandes along with Manchester United legend Rio Ferdinand got on a phone call with Ronaldo to convince him to move back to the club he called home more than a decade back.

Also read: Romelu Lukaku scores on his return to Chelsea after a mega-money move

Captain of Portugal, the forward has scored 127 goals in 213 appearances for his country winning the 2016 UEFA European Championship earning a major honor with his country as well after winning several titles with different clubs across Europe.

Back with United, Ronaldo would be aiming to win their first Premier League title in the post Sir Alex Ferguson era and would be hoping to win another UEFA Champions League title with the Red Devils as well.