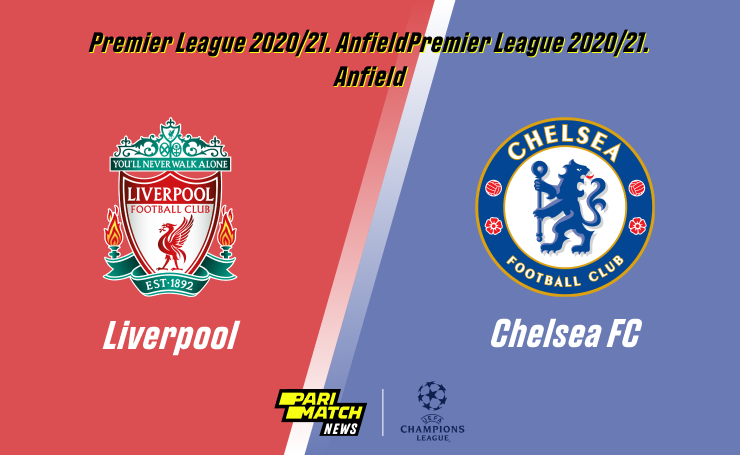 Liverpool will face guys of Tuchel at Anfield this Friday

Liverpool host Chelsea in the 29th round of the English Premier League. The match takes place on 5 March at Anfield, kick-off at 01:45 IST.

The hosts sit one place and one point behind their visitors, and victory for either team would be enough to lift them into the Champions League spots with fourth-placed West Ham United not in action in midweek.

Liverpool side are just sixth in the EPL table after 26 games played. It is no longer even guaranteed that the Merseysiders will finish in the top-four at the end of the season.

Last weekend, Liverpool ended their terrible losing streak with an away win over Sheffield United. It was a very ordinary match in which the reigning champions scored two goals after horrible mistakes by their opponents.

That win saw Liverpool move up to 43 points from 26 games, just a point behind Chelsea and two behind West Ham in fourth place.

Liverpool had previously lost four games in a row – to Brighton, Manchester City, Leicester and Everton. And, most surprisingly, it happened at Anfield!

Overall, Liverpool’s results are disastrous. In the previous 15 games, the Reds have achieved only five victories.

Chelsea, meanwhile, have not lost a game since Thomas Tuchel took over as head coach. In just a month after Lampard`s leaving, Chelsea have become an incredibly pragmatic team.

Last Sunday, the London club drew 0-0 with Manchester United. It was one of the many typical boring matches between the Premier League tops. There was only one moment to remember: a scandalous episode involving Callum Hudson-Odoi. The Chelsea midfielder touched the ball with his hand in his own penalty area, but the referee did not award a penalty for some reason.

Chelsea have now played seven games in the EPL under Tuchel, conceding only two goals.  Defensively, Chelsea’s performance has been markedly better, while the attack has not been impressive at all. Despite their powerful squad, Chelsea’s goalscoring record is extremely poor.

Liverpool have won 82 and lost 64 of the previous 187 games that they have played against Chelsea.

The last time Chelsea visited Anfield there were goals galore and Liverpool ended the night by lifting the Premier League trophy aloft. Friday’s showdown is likely to be very different.

With just a point separating these sides in sixth and fifth respectively, this is a massive game in the battle for the top four, which shows the regression of the sides after both were believed to be in the title picture in the early stages of the season.

There have only been three goalless draws between these two sides in the Premier League era, so goals are likely, but while a top-four spot awaits the winner, defeat would be a huge blow for either side’s Champions League hopes and we therefore expect this one to end all square. The game will be a really tense one, with the teams playing cautiously. Chelsea’s lack of goals combined with Liverpool’s instability in defense makes for an interesting battle.