Matchday 4 of the 2022/23 Premier League season produced some fascinating matches as we saw the creation of new records. Liverpool was in red hot form as they scored nine goals against Bournemouth, while Manchester City produced an epic comeback to overturn a two-goal deficit against Crystal Palace.

The other half of Manchester, Manchester United also did well as they defeated Southampton 1-0, while Arsenal remained at the top of the table with a hard-fought 2-1 win over Fulham.

Check out what happened over the weekend in the 2022/23 Premier League season:

While their 2-1 win over Liverpool boosted spirits in the Manchester United camp, it was important for them to continue the winning momentum. The Red Devils were successful at that as they handed Southampton a 1-0 defeat.

The first half did not produce a goal, and in fact, the Saints went toe-to-toe with Erik ten Hag’s men. However, Bruno Fernandes was able to break the deadlock in the 55th minute, and courtesy of a strong defensive line led by Lisandro Martinez, United managed to secure all three points.

After suffering a humbling 3-0 defeat against Leeds United, Chelsea wanted to make a strong comeback against Leicester City. However, the start was disastrous, as young midfielder Conor Gallagher was handed marching orders in the 28th minute.

However, the fight Thomas Tuchel’s team produced despite numerical inferiority was impressive. Two goals from Raheem Sterling helped Chelsea take a 2-0 lead, and though Harvey Barnes got a goal back for the Foxes, it was only a consolation prize.

They dominated the game and had plenty of opportunities in the first half, but Leeds’ goalkeeper Illan Meslier proved why he is rated so highly. However, his efforts went in vain as a 66th-minute strike from Pascal Gross secured all three points for the Seagulls. 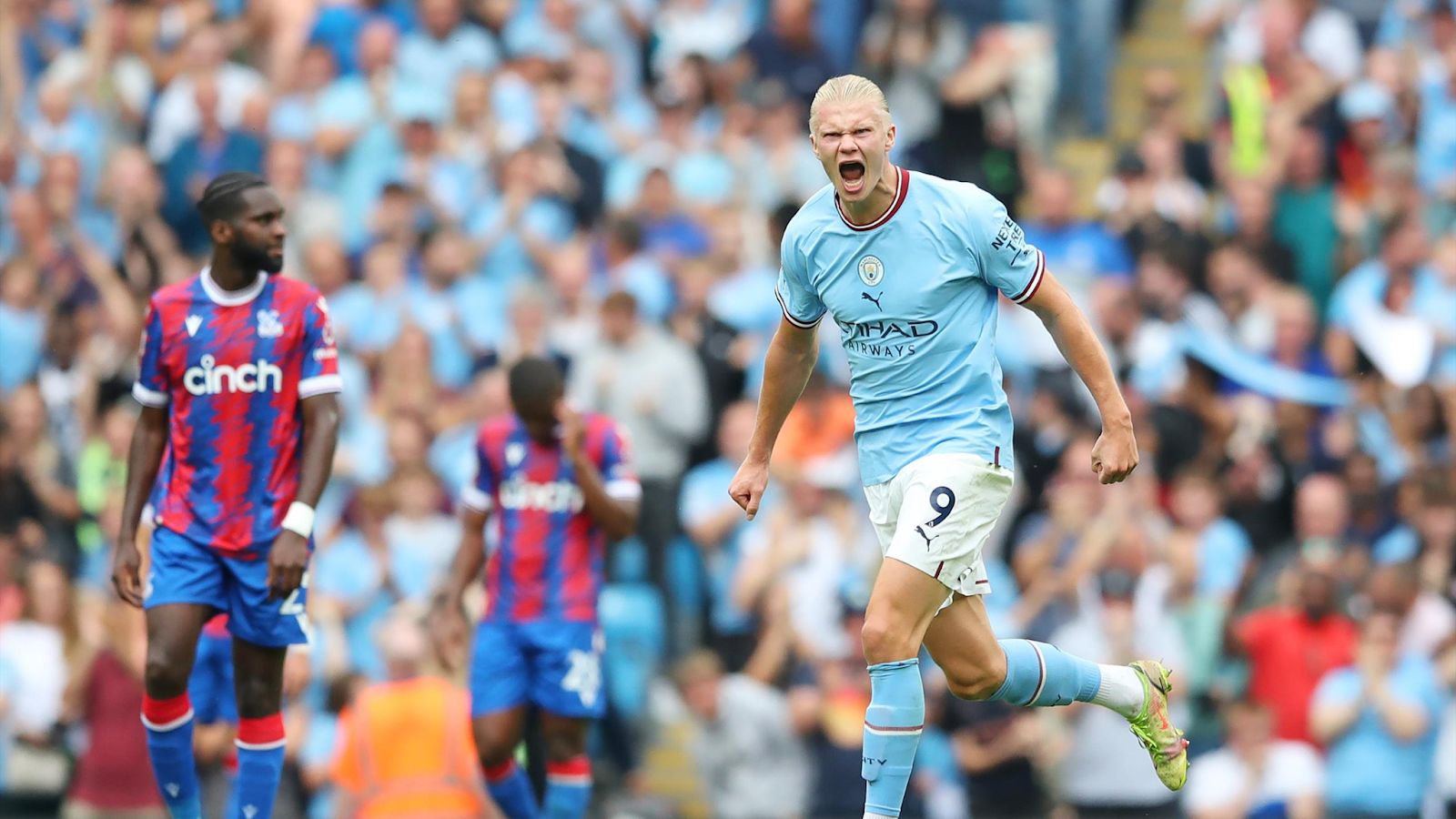 After an enthralling draw against Newcastle United, Manchester City was involved in another nerve-wracking contest as they won 4-2 against Crystal Palace. The Eagles had the better start and scored twice in the first half, courtesy of a John Stones own goal and a Joachim Andersen header.

However, the second half was all about Pep Guardiola’s team. Bernardo Silva reduced the deficit in the 53rd minute, while Erling Haaland scored his first Premier League hat-trick to make the scoreline 4-2.

The highlight of this weekend was certainly Liverpool’s 9-0 win over Bournemouth. Having failed to win any of their first three matches, it was about time for the Reds to show their class and they did so in spectacular fashion.

Goals from Luis Diaz, Harvey Elliot, Trent Alexander-Arnold, Roberto Firmino and Virgil van Dijk helped Jurgen Klopp’s team take a 5-0 lead into the lemon break. In the second half, Firmino and Diaz scored their respective second goals, while an own goal from Chris Mepham and a Fabio Carvalho strike completed the demolition job.

Everton secured a draw from the grasp of defeat in their match against Nottingham Forest, and in this fixture against Brentford, it was time to get a taste of their own medicine.

Anthony Gordon, who is among Chelsea’s main targets, opened the scoring with a beautifully taken shot in the 24th minute. Just when it seemed that Frank Lampard’s men will finally get their first win of the season, Vilaty Janelt scored from a corner in the 84th minute to earn a point for Thomas Frank’s team. 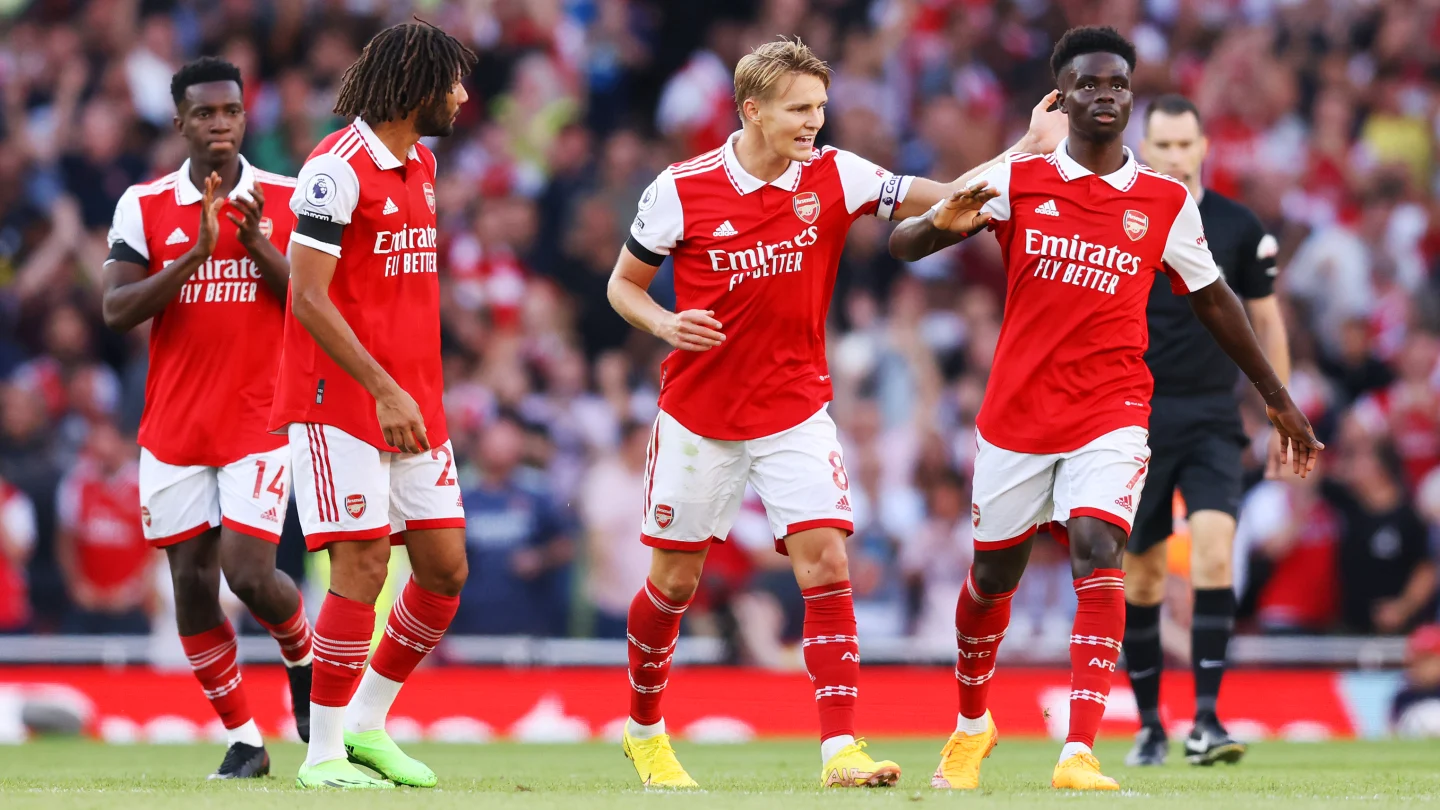 Arsenal extended their winning streak to four games on the trot as they showed great character in the 2-1 London Derby win over Fulham. After a goalless first half, Aleksandar Mitrovic opened the scoring in the 56th minute.

However, Fulham’s lead lasted only eight minutes as Martin Odegaard drew Arsenal level in the 64th minute. The game was headed towards a draw, but centre-back Gabriel Magalhaes scored from a corner in the 86th minute to keep his team at the top of the table.

Having not won any of their first three matches, Wolverhampton Wanderers needed a positive result against Newcastle United and they very nearly did that, until Allan Saint-Maximin spoiled their hopes.

A fantastic strike from Ruben Neves earned Bruno Lage’s team the lead in the 38th minute, and the Wolves managed to hold on to the lead till the 89th minute. However, Saint-Maximin’s sumptuous strike in the 90th minute helped Newcastle United earn a crucial point.

After losing all of their first three matches, West Ham United finally managed to open their points tally with a 1-0 win over Aston Villa. The first half did not produce any goals, and in fact, the Villans looked livelier.

However, the Hammers came back strongly in the second half and eventually broke the deadlock in the 74th minute when Pablo Fornals’ strike took a deflection before finding its way into the back of the net.

Spurs are looking unstoppable at the moment as they secured a 2-0 win over Nottingham Forest. Harry Kane opened the scoring in the 5th minute of the match when he converted from a Dejan Kulusevski pass.

Steve Cooper’s men deserve praise for fighting hard for an equalizer, and they did come close on a few occasions. However, it was Kane who got the second goal of the match in the 81st minute.