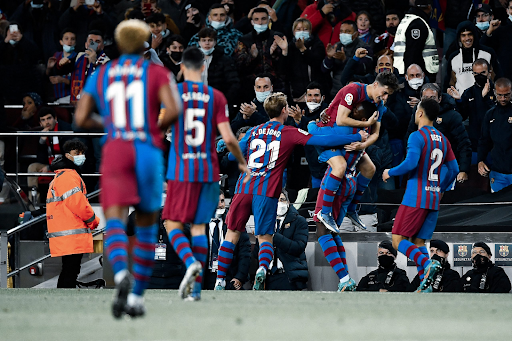 An intense action-packed La Liga weekend saw a lot of goals and clean sheets that helped many teams climb up the points table. Let’s have a look at what unfolded during La Liga MatchDay 26.

Barcelona demolished Athletic Club 4-0, the new recruits of Xavi have turned around the fate of the club which was once struggling to score. Xavi’s new recruits are firing on all cylinders as the Catalan side has now scored 17 goals in their last five appearances.

Barcelona dominated the possession of the ball, created numerous chances, and even converted on four occasions to hand Athletic Club a beat down. Aubameyang, Depay, De Jong, and Dembele were the four players on the scoresheet.

Bottom-placed Levante thrashed mid-table side Elche 3-0 to keep their hope of survival intact. Despite dominating the ball possession Elche ended up conceding three goals and were also reduced to 10 men as Gerard Gumbau was shown a direct red card in the 73rd minute of the match when they were trailing by 2 goals. Melero scored the third in the 90th minute to add to Elche’s misery.

Valencia somehow managed to come out of this fixture with all three points even after being awful throughout the 90 minutes. An early first-half goal by Gabriel Paulista gave them the lead which they somehow managed to keep intact despite the pressure from Mallorca. Ilaix Moriba received his second yellow within four minutes to get sent off in the 90+2nd minute of the match which hardly had any impact on the result of the game.

Getafe and Alaves played out a 2-2 draw, it was an early red card in the first half for Getafe’s Jorge Cuenca which ignited the proceedings. Gonzalo Escalante scored late in the first half to give Alaves the lead.

In the 55th minute of the match, 10 men Getafe equalized thanks to an Enes Unal goal. However, Edgar put his side upfront in the very net minute but the side could not maintain the lead as Unal scored again in the 72nd minute to end the game on a 2-2 draw.

Renan Lodi’s brace helped Atletico Madrid ease past Celta Vigo and keep their hope for a spot in the top 4 alive. Celta Vigo dominated the possession of the ball but failed to convert it into clear-cut chances and paid the price as Diego Simeone’s side took their chances and went on to win the fixture. 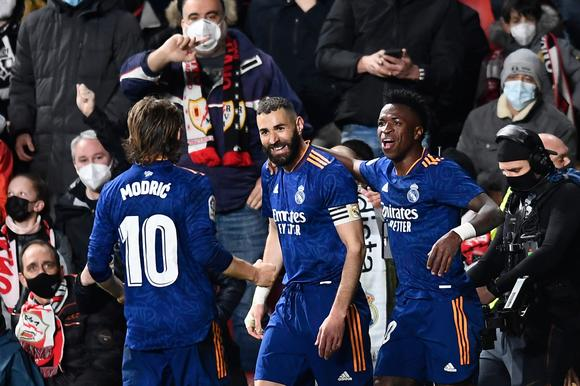 League Leaders Real Madrid just edged past Rayo Vallecano thanks to a well-worked team goal which was sent into the back of the net by Benzema in the 83rd minute of the match.

Once again the duo of Benzema and Vinicius Junior stepped up and delivered the all-important goal to guarantee Madrid all three points and keep their 6 point lead intact at the top of the points table.

Villarreal thrashed Espanyol 5-1 thanks to a double hattrick by Yeremy Pino. Pino completed his hattrick in the first half and went on to add his fourth goal in the initial 10 minutes of the second half.

Kedi Bare did score a consolation goal but the fixture was well over the first half itself. Boulaye Dia scored a late goal in the last few minutes of the second half to make it 5-1 in favor of Villareal. Espanyol was outplayed by a dominant side that scored goals for fun on the day.

Sevilla came out on top in the battle between two teams from the top of the table. Third-placed Real Betis dominated the possession of the ball but ended up losing to second-placed Sevilla 2-1.

Sevilla has managed to keep their hopes of a title alive with this win as goals by Rakitic and Haddadi ensured them all three points on the day. Despite being six points behind league leaders, Real Madrid, Sevilla is the only team that can potentially challenge them for the title if the league leaders slip up.

Real Sociedad were the deserved winners against Osasuna as they came out on top thanks to an early goal in the second half by Elustondo. Sociedad dominated the ball and created numerous chances and ended up taking one of them. Osasuna didn’t really create much and as a result, couldn’t get themselves on the scoresheet.

Both sides have been struggling at the very bottom of the team and this was an opportunity to make some distance from relegation for both sides. However, none of the teams could break the deadlock in the ninety minutes as the match ended in a 0-0 draw. Cadiz had a lot of chances to score after Duarte was shown red in the 33rd minute of the contest, but they could not take advantage of a ten men Granada.