Two in-form teams with 12 points each, Kerala Blasters and Jamshedpur will lock horns in ‘Match 41’ of the 2021-22 season of the Indian Super League at the Tilak Maidan Stadium on Boxing Day.

Having got off to a really poor start, Kerala Blasters have finally found their amulet and are currently playing with remarkable conviction. With three victories, as many defeats, and a single draw, they are placed in the fourth position in the league standings.

Placed immediately above them are their next opponents, Jamshedpur. The Red Miners have accumulated the same points and have the same goal difference as the Tuskers but are sitting ahead of them by virtue of scoring more goals.

As they did last season, Kerala Blasters started their 2021/22 campaign with a defeat against ATK Mohun Bagan while they could only secure draws in their next two matches against NorthEast United and Bengaluru.

A 2-1 triumph in their fourth encounter against Odisha would have uplifted their spirits but Ivan Vukomanovic’s team failed to beat East Bengal in their fifth fixture. However, they have played their best football in a long while in their last two matches as the Tuskers have beaten both reigning champions Mumbai City and high-flying Chennaiyin by a convincing margin of 3-0.

Jamshedpur started their season with a 1-1 stalemate against East Bengal but did really well to beat Goa 3-1 in their second outing. After yet another 1-1 draw against Hyderabad, Owen Coyle’s team bounced back again by beating ATK Mohun Bagan 2-1.

They have never been able to get two positive results on the trot, as right after beating the Mariners, Mumbai City handed them a 4-2 thumping. The Men of Steel found the route back to victory by beating Odisha but for the third consecutive time, failed to make it two wins in a row, and had to settle for a 0-0 stalemate against Bengaluru.

This particular clash often fails to produce a winner as five out of eight encounters between Jamshedpur and Kerala Blasters have ended in draws. The Red Miners are marginally ahead as they have beaten the Tuskers twice, while the boys in yellow have beaten Jamshedpur on only one occasion.

That solitary victory came in the first match of last season where Kerala Blasters emerged as 3-2 winners, thanks to an early goal by Costa Nhamoinesu and a brace by former striker Jordan Murray who is now a part of the Jamshedpur roster. The return leg produced a 0-0 draw and Murray would definitely like to have a say about the result of the upcoming ISL match. 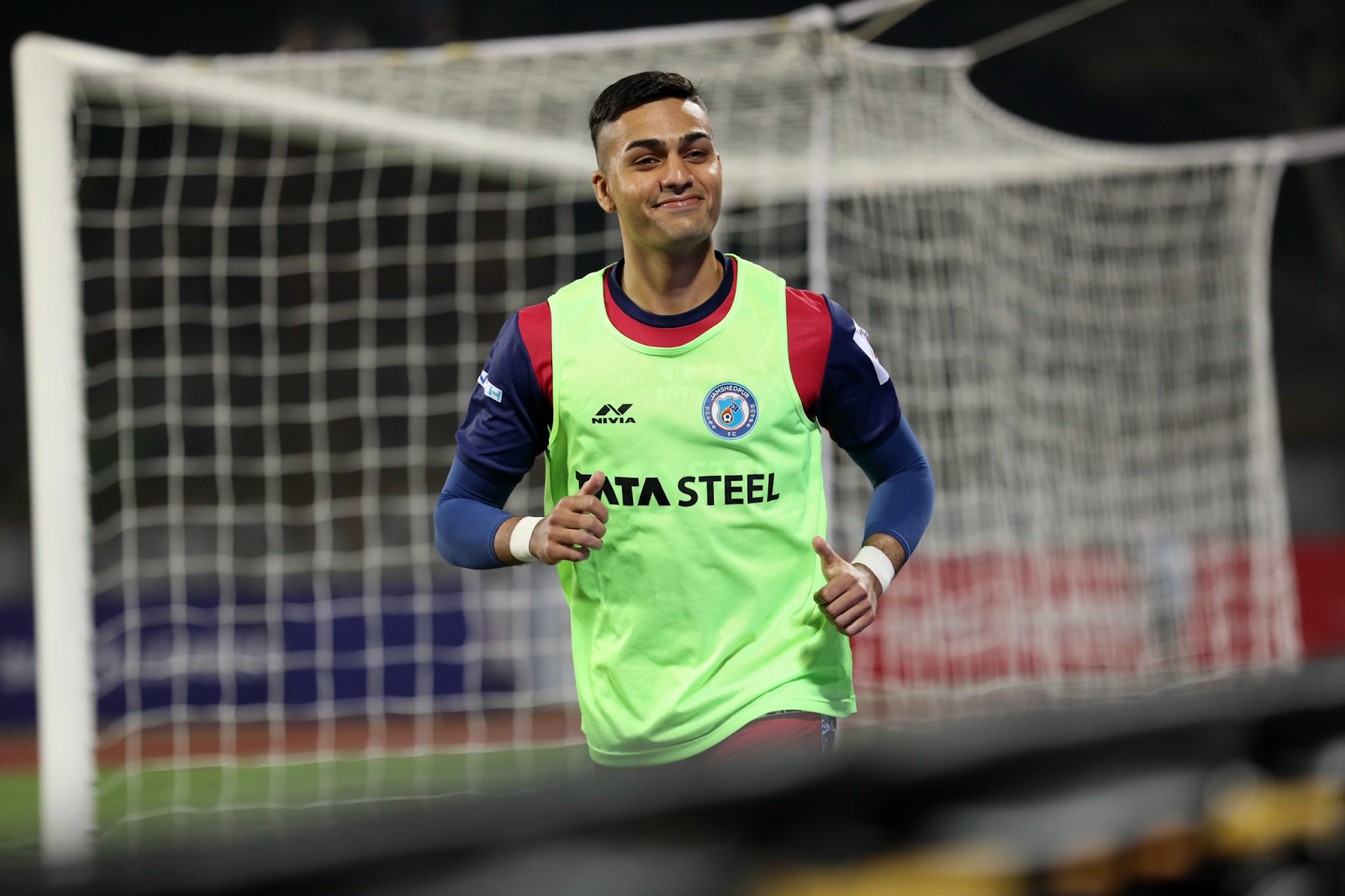 Ishan Pandita could be handed a start by Coyle

A coach usually prefers not to make changes to his starting XI if his team has won a match comprehensively and the Slovak Cup-winning gaffer, Vukomanovic is likely to field the same XI that dominated Chennaiyin not very long ago.

The Tuskers could play in a similar 4-4-2 set-up with the overseas strike pairing of Alvaro Vazquez and Jorge Pereyra Diaz likely to be entrusted with the job of making the opposition’s defenders’ lives a nightmare while Adrian Luna pulls the strings from behind them.

On the contrary, Coyle is expected to make a few changes to the Jamshedpur starting XI after a frustrating draw against the Blues. Given the form Vazquez, Diaz and Luna are in, the former Burnley manager could play two overseas central defenders in Peter Hartley and Eli Sabia dropping Narender Gehlot to the bench.

Komal Thatal injured himself in the last match and might not recover in time for this clash which should see Boris Singh replacing him in the midfield. To maintain overseas count, Murray might have to make way for Ishan Pandita.

It is difficult to separate these two sides as they have had pretty similar campaigns while head-to-head statistics also prove how equally balanced they are. Accordingly, we have predicted a 2-2 draw.