2022’s first match of the 2021-22 season of the Indian Super League will see Kerala Blasters and Goa squaring off at the Tilak Maidan Stadium on Sunday.

Kerala Blasters is in a rich vein of form currently and will be coming into this match on the back of a seven-match unbeaten streak. With 13 points from 8 matches, Ivan Vukomanovic’s side is positioned in fifth place in the league standings.

On the other hand, Goa looks slightly unsettled at the moment having lost former manager Juan Ferrando to ATK Mohun Bagan not very long ago. The Gaurs are struggling in the ninth position having accumulated 8 points from as many matches.

Like the previous edition, Kerala Blasters started their season with a drubbing against ATK Mohun Bagan, but they have not had to look back ever since. After securing draws against NorthEast United and Bengaluru in their next two matches, the Tuskers finally registered their first victory in their fourth outing, where they handed Odisha a 2-1 defeat.

Basement boys East Bengal restricted them to a 1-1 draw in their next assignment, but Vukomanovic’s men bounced back in style, beating both Mumbai City and Hyderabad by 3-0 margins. Having said that, they could only get a point from their previous tie against Jamshedpur.

Goa had a dreadful start to their campaign as they lost all of their first three matches – against Mumbai City, Jamshedpur, and NorthEast United. They found their amulet with two a 4-3 win against East Bengal and then backed that result with a 2-1 triumph over Bengaluru.

The next two assignments saw the Gaurs picking up two points against Hyderabad and Goa, but Derrick Pereira’s men succumbed to a 2-1 defeat against ATK Mohun Bagan in the last match.

Goa is clearly ahead of Kerala Blasters when it comes to head-to-head records. Out of the 14 meetings between these two sides, the 2019/20 Premiers have emerged victorious on nine occasions as compared to the Tuskers’ three wins while two matches have ended as draws.

The first meeting of last season ended 3-1 in Goa’s favor courtesy of an Igor Angulo brace and another Jorge Ortiz strike. The return leg produced a 1-1 stalemate where Ortiz scored early for the Gaurs while Rahul KP restored parity in the second half. 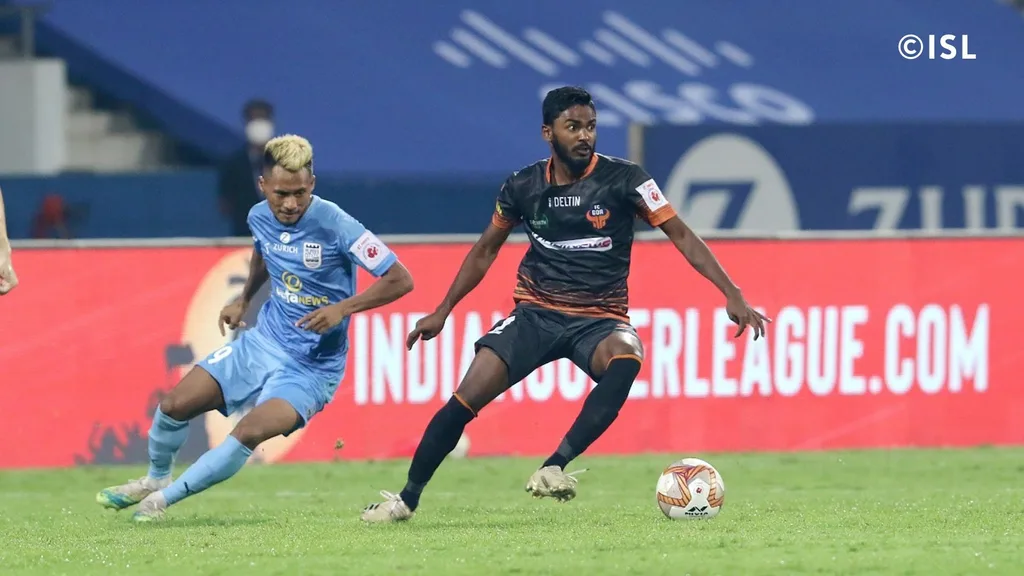 The result might portray otherwise but Kerala Blasters did not do much wrong against Jamshedpur barring occasional lapses of concentration. Argentine striker Jorge Pereyra Diaz did not have a good game but it is highly likely that Vukomanovic will give him a couple of chances to redeem himself before benching the striker.

Similarly, Puitea was also not very influential in the middle of the park but he is likely to retain his place for his impressive past performances. Hence, we can expect the former Standard Liege manager to field an unchanged starting XI.

Goa’s midfield general Edu Bedia missed the clash against the Mariners owing to food poisoning. Bedia will walk straight back into the playing XI and replace Muhammad Nemil if he is fit, while even if he remains unavailable, the youngster could still be replaced by Nongdongba Naorem.

Besides that, Pereira could also make a defensive tweak as Saviour Gama was taken for a ride down the left flank by Liston Colaco in the last match and he could make way for Sanson Pereira.

Though Goa are ahead on head-to-head statistics, it is inconsequential in this case since Kerala Blasters has played much better football recently. Hence, we have predicted a 2-1 victory for the Tuskers.