Kerala Blasters has signed former Chennaiyin player Enes Sipovic on a one-year contract until the end of the 2021-22 Indian Super League season.

After signing for the Blasters, Sipovic said

“I am so excited to join one of the biggest clubs in India, with an army of amazing fans. I must say that my actions speak for myself, so on the field, I will be LOUD.”

Sipovic started his career with Otelul Gulati and won the Romanian top-flight league in his second season with the club. After going on a couple of loan spells within Romanian football, Sipovic signed for a Belgian club before moving to Morocco a season later becoming a true journeyman quite early in his professional career.

After further spells in Saudi Arabia, Bosnia and Herzengovia, and Qatar, the towering defender was snapped up by Chennaiyin ahead of the 2020-21 ISL season.

Sipovic made 18 appearances for the Marina Machans being an almost everpresent in the defense that kept changing due to injuries to key players like Eli Sabia and Jerry Lalrinzuala. The central defender was disappointed by finishing outside the top four of the league table and will be aiming to be in the mix with the Blasters in the upcoming season.

Kerala Blasters Sporting Director Karolis Skinkys praised the abilities of his new signing and talked up his experience of playing in the ISL last season.

“Enes is a reliable defender, strong on set pieces and positioning. I know that he can adapt to Indian conditions very well and he is an excellent team player. He showed huge motivation to represent Kerala, so I’m happy and looking forward to working with him soon.”

The Yellow Army has already completed the signings of a few senior players in Harmanjot Khabra and Adrian Luna, and they continue to sign the big names in Sipovic with a 20-year old Brazilian defender rumored to sign for the Blasters in the next few days. 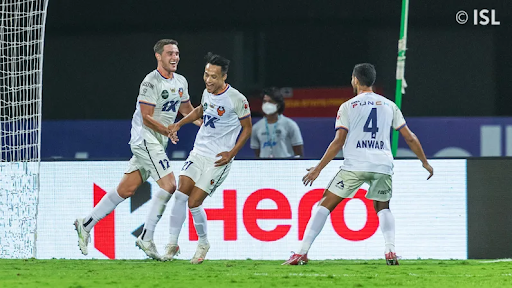