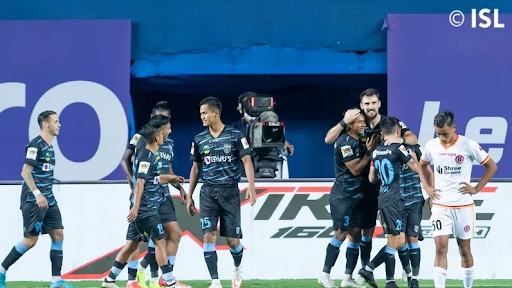 Kerala Blasters has climbed to the third position with this win

Kerala Blasters bounced back to winning ways as they edged past East Bengal 1-0 in ‘Match 91’ of the 2021-22 Indian Super League season as central defender Enes Sipovic scored the match-defining goal for the Yellow Army.

Following the same trend, East Bengal head coach Mario Rivera made a total of six changes from their defeat against Odisha in the previous fixture. Rahul Paswan made his debut whereas Joyner Lourenco, Fran Sota, Lalrinliana Hnamte, Amarjit Kiyam, and Mohammed Rafique were all handed starts.

Kerala Blasters had the better start and could have opened the scoring in the 13th minute when Adrian Luna drilled in a pass in the penalty area for Diaz but he failed to connect with the ball. Around the half-hour mark, Luna was involved yet again as he looped the ball in the box. Despite Hira Mondal’s commendable effort, the ball landed nicely for Sahal Abdul Samad who could not keep his shot on target.

The best chance of the first half came against the run of the play in the 42nd minute when Antonio Perosevic marauded down the right flank before laying up a grounded cross for Paswan but the Calcutta Football League starlet failed to get any proper connection.

The second half started brilliantly for the Tuskers as they broke the deadlock only four minutes after the resumption. Diaz breezed past several defenders before taking a long-range shot, but his effort was deflected away for a corner kick. Puitea floated in a great delivery from the corner and Sipovic made no mistake in heading the ball home from a handshaking distance.

The Red and Golds launched several counterattacks after going down but none of them resulted in a goal. In the 57th minute, Sota progressed the ball with aplomb but just as he was about to release a pass for an unmarked Paswan, goalscorer Sipovic committed a technical foul.

Thirteen minutes later, Perosevic found himself in space when a clearance from a cross fell towards his path. The Croatian struck a volley with great but Kerala Blasters goalkeeper Prabhsukhan Gill came up with an excellent save to tip the ball over the crossbar. 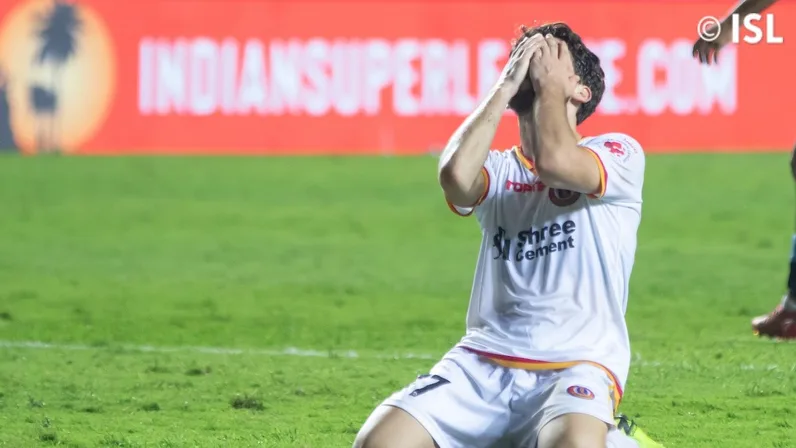 Rivera’s men had another gilt-edged chance in the 82nd minute when a rebound from a Perosevic shot fell kindly for Sota but the Spaniard failed to score despite having an entire goal gaping in front of him.

The last noteworthy play of the day saw Luna combining with Diaz as the former’s ball from midfield almost found Diaz in the final third but Sourav Das’ lunging slide tackle averted the danger for the Red and Golds.

Kerala Blasters has climbed up to third place in the league standings and will now face the high-flying ATK Mohun Bagan on Saturday whilst tenth-placed East Bengal will be up against Mumbai City next Tuesday, after a week-long gap.