Kerala Blasters drop points to Goa in a 2-2 thriller 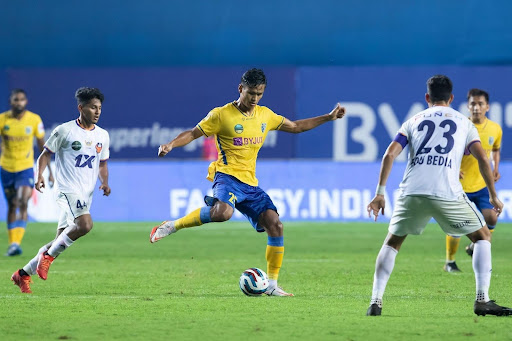 Kerala Blasters and Goa played a captivating 2-2 draw in Match No. 46 of the 2021-22 Indian Super League season at the Tilak Maidan Stadium in Vasco on Sunday.

Jeakson Singh and Adrian Luna were the goalscorers for the Tuskers as they went up 2-0 within 20 minutes of play but Jorge Ortiz and Goa skipper Edu Bedia equalized the proceedings for the Orange Army.

Kerala Blasters made one change to the starting line-up that shared the spoils with Jamshedpur as Bijoy Varghese replaced Hormipam Ruivah in the heart of the defense.

On the other hand, Goa made a couple of changes to the starting XI that lost narrowly to ATK Mohun Bagan. Edu Bedia and Glan Martins found their names on the starting list as they took Alberto Noguera and Princeton Rebello’s midfield positions.

In the 6th minute, the Blasters got their first chance of the game after Alvaro Vazquez sent Sahal Abdul Samad through with a sumptuous pass. The Indian international was one-on-one with the goalkeeper but managed to drag his effort narrowly past the far post. But, the Ivan Vukomanovic-coached side finally took the lead four minutes later when Jeakson escaped his marker to nod Luna’s corner-kick into the far post.

Kerala continued knocking on Goa’s door and got their reward through Luna in the 20th minute. With no defender closing him down, the Uruguayan unleashed a curling shot from the left wing that kissed the top of the woodwork before bulging into the back of the net.

Goa found themselves back in the contest four minutes later though as Ortiz trapped Saviour Gama’s cross and let loose a piledriver from outside the box to send the ball home.

In the 33rd minute, Sahal spurned an opportunity to regain Kerala’s two-goal cushion as he failed to keep his header from six yards out on target. Muhammad Nemil got a chance to level things for the Gaurs in the 38th minute but Prabhsukhan saved his shot at the near post. 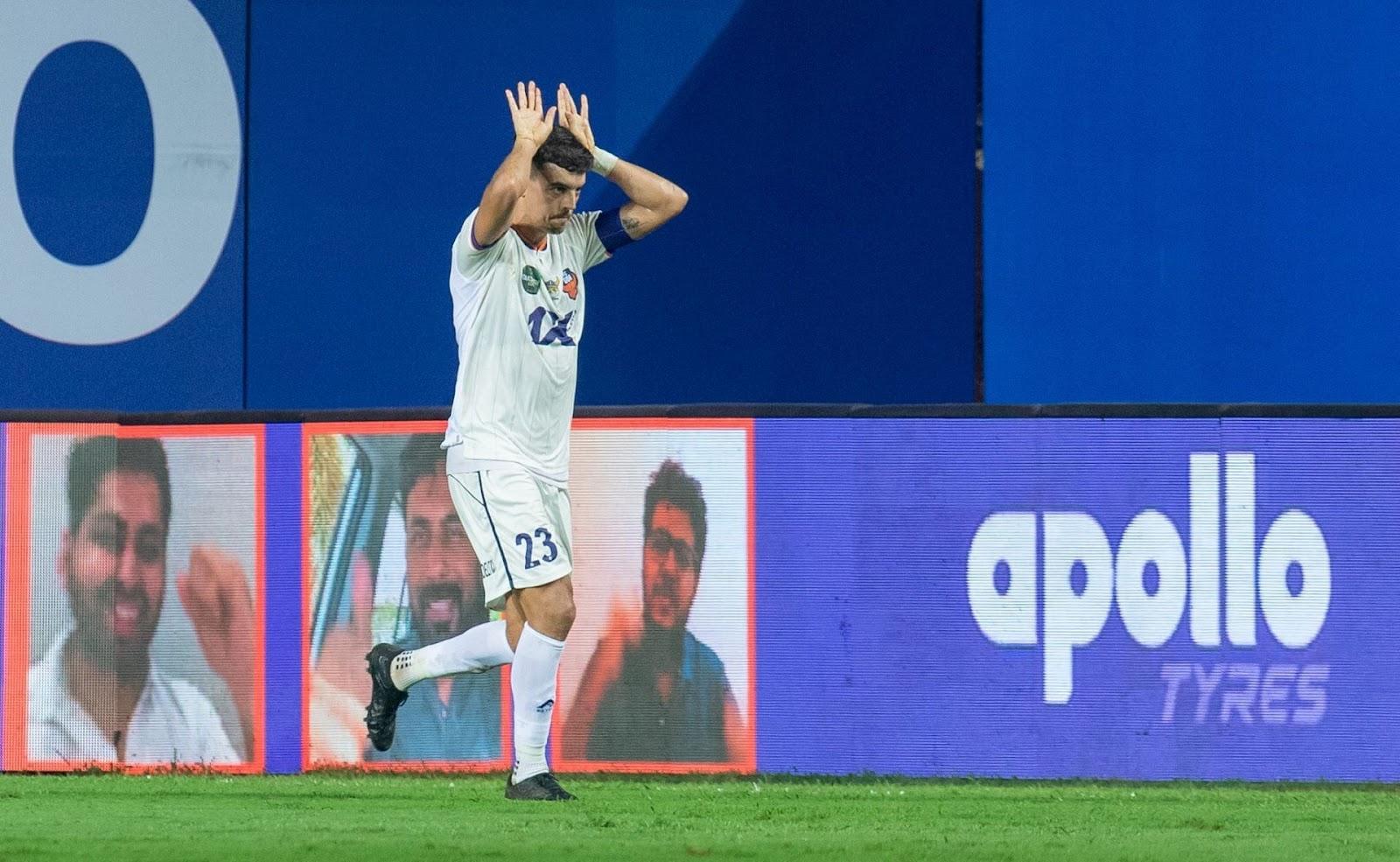 However, Goa didn’t have to wait long for the equalizer as Edu Bedia swirled the ball straight into the far post from the ensuing corner-kick scoring the second Olympic goal in the ongoing  ISL season. With plenty of goalmouth action to satisfy the fans, the half-time scoreline read 2-2.

In the 46th minute, Ortiz’s free-kick from just outside the box fizzed above the crossbar as the Derrick Pereira-coached side made their intentions clear after the change of ends. Goa did find the back of the net through Devendra Murgaonkar in the 49th minute but was deemed to be offside by the linesman as he couldn’t time his run properly.

Ortiz once again found himself in the thick of things as Bijoy clipped the Spaniard’s legs from behind inside the penalty box in the 57th minute. However, the referee brandished a yellow card to the former Atletico Baleares player as he adjudged him to have faked a dive incorrectly.

With Goa squandering their opportunities, Kerala had a golden chance to put their noses upfront in the 67th minute. However, substitute Chencho failed to trap the ball and lost his footing inside the penalty box to concede possession at the final moment.

In the 75th minute, substitute Prasanth K couldn’t clear the ball with his head and Ortiz sprinted past him on the counter to spray a pass to an onrushing Murgaonkar but the latter’s first-time shot ended up straight in the hands of Kerala Blasters goalkeeper.

Goa won a free-kick in the 87th minute from a dangerous position and Edu Bedia elevated the ball above the wall but his final effort ended up striking the woodwork before deflecting out of play.

The Gaurs were presented with a glorious chance in the dying embers of the second half to win the game when substitute Nongdamba Naorem released Ortiz inside the box but Prabhsukhan bravely came out to close down the latter’s shot and ensured Kerala’s unbeaten streak marches on for the time being.

Kerala Blasters could have leapfrogged to the second spot with the victory but have to remain content with a third-placed position at the moment and face Hyderabad next Sunday.

Goa, on the other hand, find themselves rooted to ninth spot with nine points from as many matches and faces Chennaiyin in the late kick-off on Saturday.