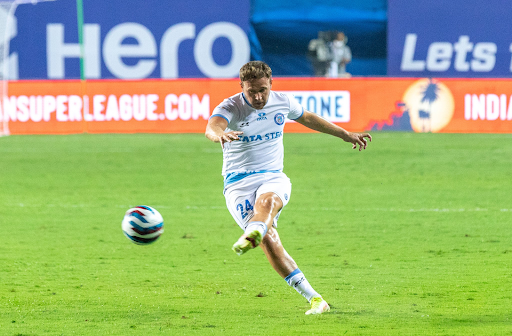 Kerala Blasters and Jamshedpur played out a 1-1 stalemate at the Tilak Maidan Stadium on Sunday in ‘Match 41’ of the 2021-22 Indian Super League season. Greg Stewart handed Jamshedpur the lead in the 14th minute while Sahal Abdul Samad restored parity for the Tuskers later in the second half.

Having won their last two matches by convincing margins, Kerala Blasters head coach Ivan Vukomanovic fielded an unchanged starting XI for this clash. On the other hand, Owen Coyle made two changes to the Jamshedpur lineup from the match against Bengaluru as Seimenlen Dounger and Komal Thatal were replaced by Ritwik Das and Boris Singh respectively.

The match could have had a penalty in the fourth minute when in a bid to head a Stewart free-kick, Jamshedpur central defender Peter Hartley darted into the box and was stopped in his tracks. Though the referee Pratik Mondal was not convinced, replays evidently revealed how Marko Leskovic had barged into the Englishman.

The Red Miners completely dominated the initial phase of the game and eventually broke the logjam in the 14th minute, thanks to a scintillating Roberto Carlos-Esque freekick from Stewart. Despite being a long way away from goal, the former Rangers frontman went for glory himself and his curling left-footed found the back of the net after hitting the crossbar, leaving everyone in awe.

The next few minutes saw Jamshedpur mounting the pressure, but against the run of play, Kerala Blasters equalized in the 27th minute. A mesmerizing turn by Alvaro Vazquez helped him fox his marker Hartley and get a shot on target that was saved by Jamshedpur custodian TP Rehenesh but Sahal Abdul Samad converted from the ricochet to score his fourth goal of the season. 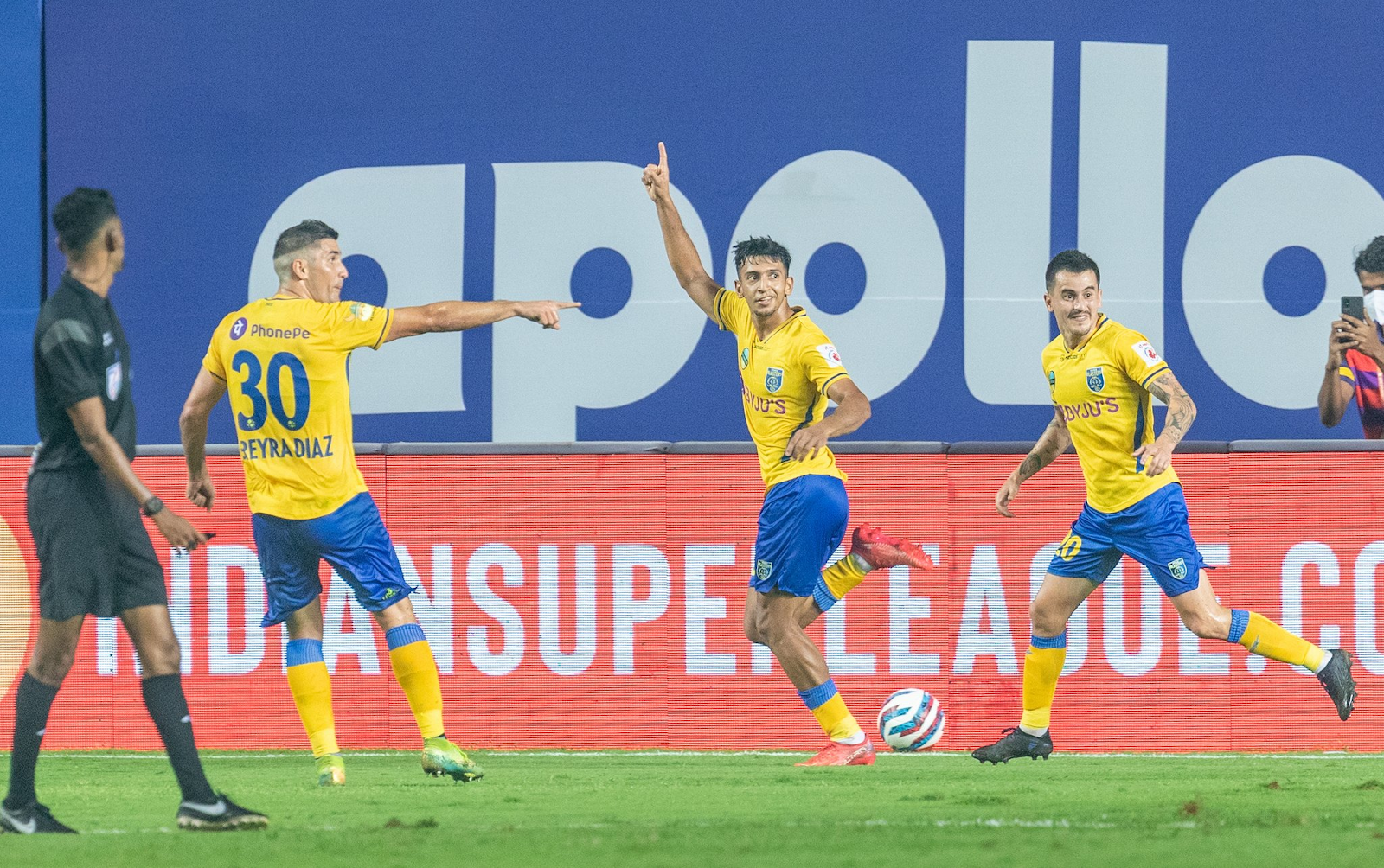 As often, the refereeing was questionable in this match as well as the Tuskers should have been given a penalty in the 36th minute when a delivery from Vazquez from the left caught the arm of a Jamshedpur player, but for the second time, the referee from West Bengal was unmoved.

The second half started with the same intensity with Kerala Blasters getting an opportunity to take the lead only five minutes into the half. Hartley made a mess of what should have been an easy clearance and the ball fell kindly for Vazquez but the former Espanyol striker failed to find the back of the net with his cheeky chipped shot.

The next 20 minutes of the match produced a few half-chances but not a single clear-cut opportunity. Sensing lethargy, both coaches tried to inject fresh legs as Vukomanovic introduced the likes of Vincy Barretto and Ayush Adhikari while Coyle also played his hand by introducing Ishan Pandita.

The latter substitution paid dividends almost instantly as Pandita had a glorious chance to bag all three points for the Red Miners hardly five minutes after his arrival. A fantastic Ricky Lallawmawma ball found him through on goal with only the Kerala custodian Prabhsukhan Gill to beat but the young goalkeeper was up to the task to save the day for Vukomanovic’s team and rescue a point.

With this draw, Jamshedpur remains at the second position in the standings with 13 points while Kerala Blasters are breathing down their necks from the third position. The Tuskers will take the field again after a week-long gap against Goa in the first ISL match of 2022 while Coyle’s men will battle against Chennaiyin on the same day in the late kick-off.