Mumbai City will be looking to bounce back in this match

In an attempt to snatch pole position from Kerala Blasters, Jamshedpur will clash with Mumbai City in ‘Match 67’ of the Indian Super League 2021-22 season at the Athletic Stadium on Friday.

Jamshedpur can be satisfied with their campaign so far as the Red Miners have lost only a couple of matches and are occupying the second position in the league standings with 19 points in their account from 11 matches.

On the other hand, reigning champions Mumbai City has blown hot and cold. The Islanders are currently placed in the fourth position with 17 points from 11 matches but their current form is not convincing at all.

Jamshedpur will come into this game aiming to make it three wins on the trot after beating East Bengal and NorthEast United in their last two matches. The scoreline was 1-0 against East Bengal in their previous match, while against the Highlanders, they eked out a 3-2 win.

Interestingly, Owen Coyle’s boys were heading towards draws in both matches and secured the three points only in the dying stages, which highlights their trait of fighting till the full-time whistle. Before the two victories, Jamshedpur suffered a 1-0 defeat against Chennaiyin.

Mumbai City’s last victory came over a month ago as Des Buckingham’s men have failed to win any of their last five matches. In their last match, they were handed a 3-0 drubbing by Bengaluru.

The match before that saw the Islanders getting a 0-0 draw against East Bengal. Though the team they faced had the least amount of wins in the league season, it was not too bad a result considering they suffered a 4-2 humbling against Odisha only four days ago.

Jamshedpur is narrowly ahead on head-to-head statistics as they have won four of the nine meetings against Mumbai City while the Islanders have emerged victorious on three occasions with two matches ending in stalemates.

The first meeting of this season ended 4-2 in Mumbai City’s favor with Cassinho, Bipin Singh, Igor Angulo, and Ygor Catatau getting their names on the scoresheet for them while Komal Thatal and Eli Sabia scored for the Red Miners. 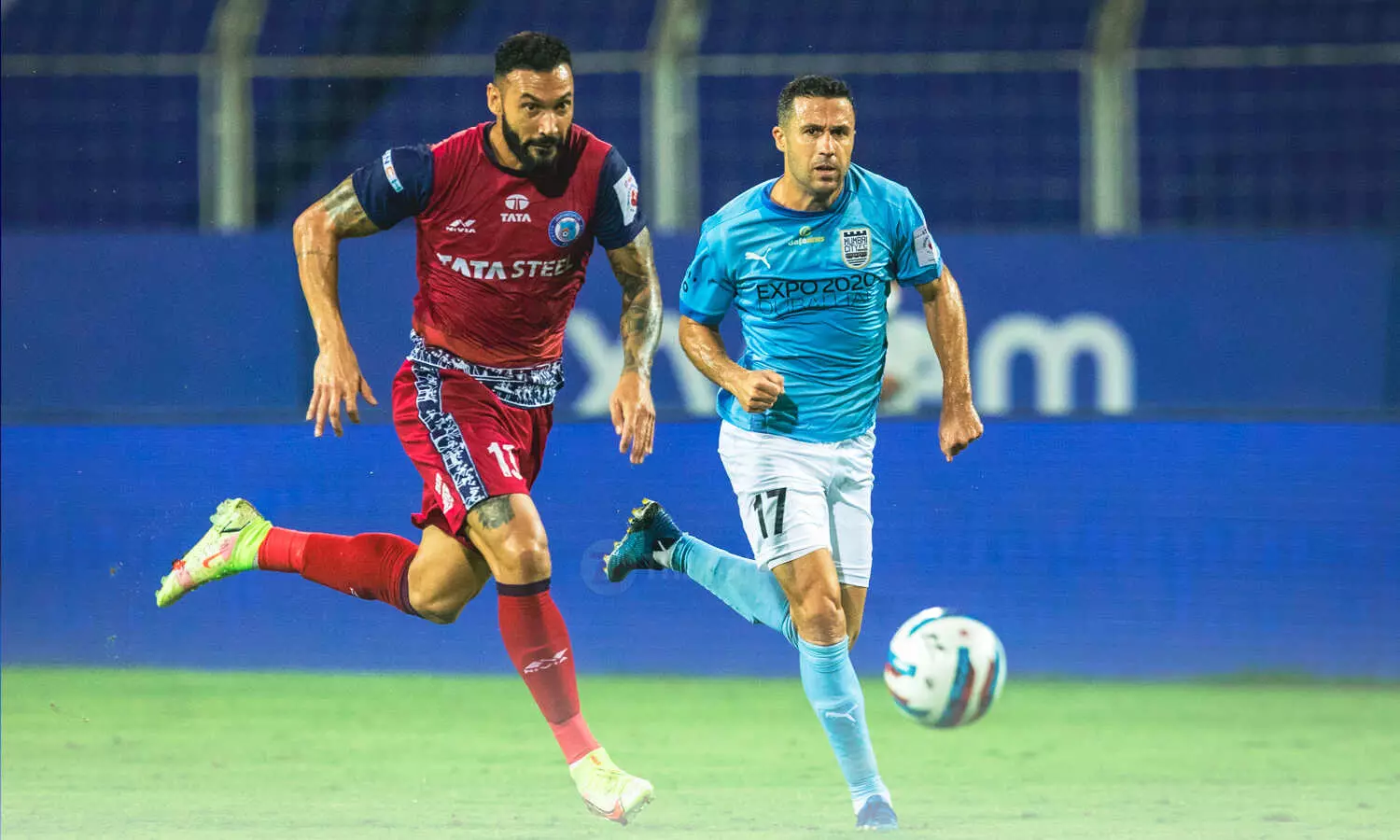 A coach usually does not alter a starting XI that has won the last match but Coyle could make one change in the Jamshedpur side. Right-winger Seimenlen Doungel was ineffective in the last two matches, and on both occasions, Ishan Pandita scored the winner for the Red Miners.

The former Goa attacker could be duly rewarded with a place in the starting XI. Mobashir Rahman was also unimpressive in midfield in the last match, but he is expected to retain his place in the team for now.

Buckingham’s thought process ahead of this match will be very different to Coyle’s, as the former New Zealand U23 head coach could field a new-look line-up after an embarrassing defeat against Bengaluru. Both full-backs Mohamed Rakip and Vignesh Dakshinamurthy could be replaced with Amey Ranawade and Mandar Rao Dessai respectively.

Ahmed Jahouh is likely to slot in the midfield after serving his suspension, dropping Vinit Rai to the bench. Brad Inman could sacrifice his place for Raynier Fernandes to maintain overseas count, while instead of Catatau, Angulo is likely to lead the lines for the Islanders. To top it all off, we could see a change in the goalkeeping position with Mohammad Nawaz getting the nod ahead of Phurba Lachenpa.

Jamshedpur might be on a much better run of form, but Mumbai City certainly has enough quality players in their ranks to turn their season around in no time. Hence, we have predicted a 2-2 draw for this match.