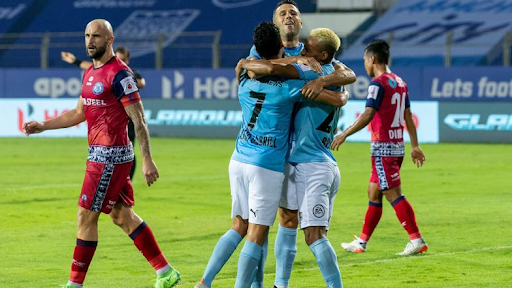 Mumbai City is the favorite to win this match

Jamshedpur will take on Mumbai City in ‘Match 67’ of the 2021-22 Indian Super League season at the Athletic Stadium on Thursday. Both teams are at loggerheads for a semi-final spot which makes this match a six-pointer affair.

Barring a few occasional wobbles, Jamshedpur has been one of the most consistent teams in this competition. The Red Miners have accumulated 25 points from 14 matches and are placed at the fourth position in the standings.

Mumbai City is tied with Odisha on points but has played a game more while their poor goal difference has given them a fifth-place stay for now. The winner of this contest will climb to third place, leapfrogging Kerala Blasters in the process.

Jamshedpur players will be fairly confident coming into this match as they are among the only three teams to have won four of their last five matches. Owen Coyle’s men have gathered six points from their previous three fixtures.

The Red Miners’ last match saw them handing Kerala Blasters a 3-0 drubbing. It was a hugely important victory as they lost 3-1 against Bengaluru before taking on the Tuskers, while they eked out a 1-0 win against Goa in the preceding fixture.

Mumbai City might not have won four of their last five matches, but they are among the only two teams to have remained unbeaten in their last four games. Des Buckingham’s men have accumulated seven points from their last three fixtures.

The defending champions are coming into this match on the back of successive victories – a 4-1 rout against Odisha and a clinical 1-0 win against Chennaiyin. Before these two matches, the Islanders played out a 1-1 draw against ATK Mohun Bagan.

Jamshedpur holds the upper hand in head-to-head records but only by a slender margin, as they have won four of the nine matches against Mumbai City. The Islanders have had the last laugh on three occasions while two matches ended in stalemates.

The first match of this season produced a 4-2 scoreline in Mumbai City’s favor. Cassinho, Bipin Singh, Igor Angulo, and Ygor Catatau were on target for Buckingham’s team while Komal Thatal and Eli Sabia scored for the Red Miners. 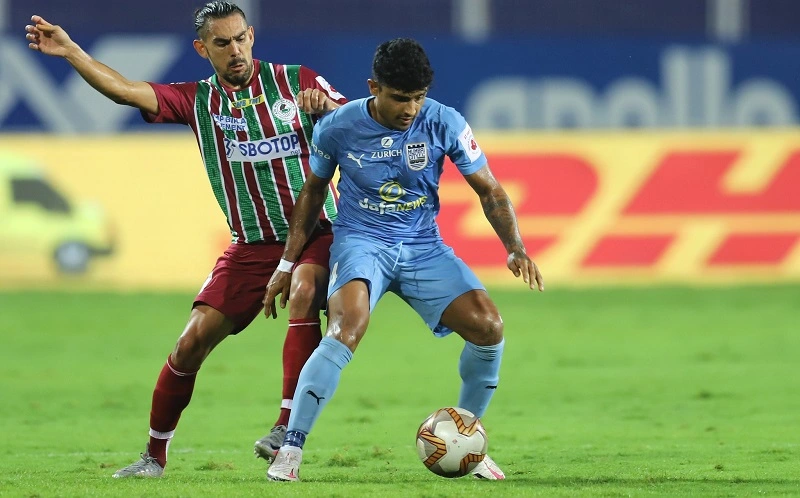 Amey Ranawade could return in the Mumbai City starting XI

Coyle can field the same starting XI that registered a 3-0 win against Kerala Blasters, but it will not be surprising to see one change. Jitendra Singh was not very influential against the Tuskers and did not contribute much in either defense or attack.

In his place, Mobashir Rahman can pair up with Pronay Halder in the middle of the park. Ritwik Das also did not have a great game, but he is likely to retain his place in the team for now.

Similarly, Buckingham is also expected to make one change to the team that won 4-1 against Odisha. In an otherwise flawless team, central defender Mehtab Singh looked a tad shaky at times.

By dropping him to the bench, the English tactician can select a central defense pairing of Rahul Bheke and Mourtada Fall, with Amey Ranawade making a comeback at the right-back position.

Both teams have played their best football in recent times, but having remained unbeaten in the last four matches, Mumbai City will have momentum working in their favor. Accordingly, we have predicted a 2-1 scoreline in the Islanders’ favor.