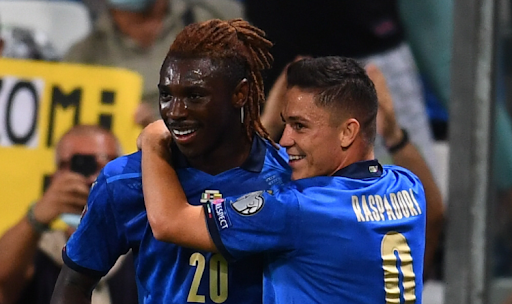 Moise Kean made a double and another youngster, Giacomo Raspadori, converted one along with providing assist: both players were born from 2000

Roberto Mancini’s team extended their unbeaten streak to 37 matches, renewing their national and world record. The last time Italy lost in September 2018 to Portugal (0-1) in the UEFA Nations League.

The previous Italian record was set between 1935 and 1939, when Italy under Vittorio Pozzo did not lose 30 consecutive matches.

“Despite losing so many players over the last couple of days, the lads reacted well. Obviously, the opponents weren’t of the highest quality, but you can’t always score five or six goals, so they did well. What about our record? We’re happy.”

The Italian team tops the Group C table with 11 points in five games. The Swiss are in second place: they have seven points in three games.

The group winner will get a direct ticket to the final stage of World Cup 2022. The second team will play in the knockout stages.

It should be recalled, the Italian national team under Mancini won Euro 2020. In the final, the Italians beat England in a penalty shootout at London’s Wembley Stadium.

The story 👉: Italy crowned champions of Euro 2020 after beating England on penalties