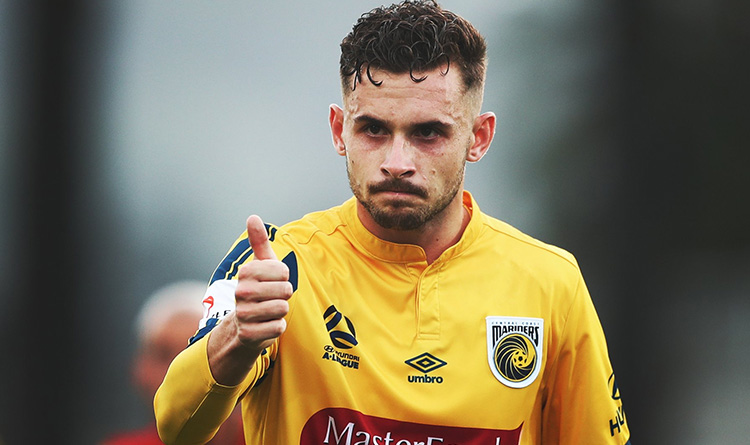 Kerala Blasters FC has signed Jordan Murray from the Central Coast Mariners ahead of the 2020-21 season of the Indian Super League.

Murray was delighted on signing for the club and said:

“I’m extremely grateful to have been given this opportunity to play for one of the biggest clubs in India. I would like to thank Coach Kibu, (Sporting Director) Karolis and the Blasters Management for their faith in me.”

“I’m really looking forward to meeting my new teammates and I’m excited by the challenge that lies ahead. I would also like to thank all the Blasters fans for their lovely messages of support even before my official announcement, making me feel so welcome and loved.”

After scoring three goals in his first season in the A-League, Murray scored 4 goals in the 2019-20 season for the Central Coast Mariners as the A-League club finished bottom of the table at the end of the season.

The Australian striker would be hoping for a better time in the Indian Super League as he is entering the prime years of his career.

The Manjappada have completed their quota of overseas signings by signing Murray and look prepared and ready to go for the 2020-21 season of the Indian Super League.

The new manager Kibu Vicuna has brought in the likes of Facundo Pereyra, Gary Hooper, Costa Nhamoinesu, Vicente Gomez, and Bakary Kone to add to the only retained player, Sergio Cidoncha already at the club.

The excellent overseas contingent is supported ably by quality Indian players like Sahal Abdul Samad, Nishu Kumar, and Jeakson Singh as Kerala Blasters look to turn around their fortunes in the ISL after finishing 6th, 9th, and 7th in the last three seasons.