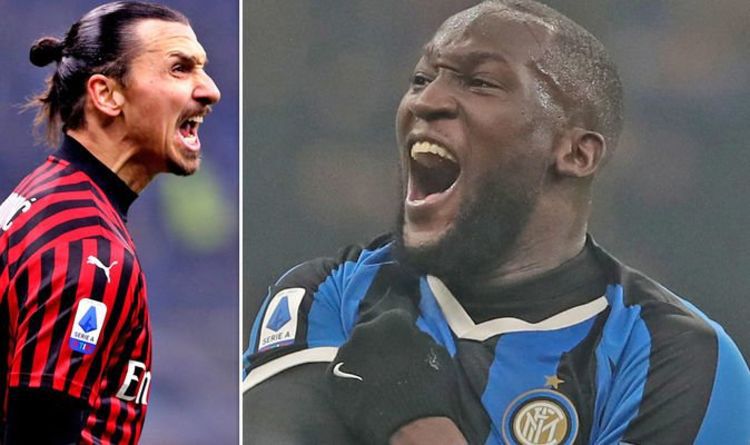 The main attacking force of both teams: Zlatan Ibrahimovic and Romelu Lukaku

In the 1/4 finals of the Italian Cup, Inter hosts AC Milan on the evening of January 26, the match will take place at 01:15 IST.

The good old Italian classics this evening will not bore anyone passionate about football. The derby in the quarterfinals of the Italian Cup promises to be interesting.

Derby di Milano is a derby football match between the two prominent Milanese clubs, Internazionale and A.C. Milan. It is also called Derby della Madonnina in honour of one of the main sights in the city of Milan, the statue of the Virgin Mary on the top of the Duomo, which is often referred to as the Madonnina (“Little Madonna” in Italian).

The teams are not in great shape as for now, but still go just toe-to-toe in Serie A. At the moment Milan is a leader with 43 points after 19 matches, Inter is second, just 2 points behind.

“It’s a competition which we really care about, while the league is a different story.. It’s an important quarter-final, we need to face it in the best way. As always there are dangerous opponents to face, we are determined to bounce back. The Coppa Italia is a competition we care about and aim to win, because in the end all the big teams in the league find themselves in these positions. We weren’t particularly lucky in the draw because we are in the toughest brunch, but if you want to win the Coppa, you have to face everyone.

“As for injuries, Bennancer is feeling better but he won’t be available until next Saturday in Bologna, Calhanoglu is still not ready and we’ve had issues with Mandzukic Tonali and Kalulu following Saturday’s match and we’ll have to wait till tomorrow to see if they’ll be available for the derby.”

FC Internazionale coach Antonio Conte spoke on the importance of this quarterfinal:

“We know that Serie A represents something important for the club on an economic level, so winning the Scudetto or qualifying for the Champions League is more important than the Coppa Italia. Having said that, we still respect the tournament and want to do well.”

“Inevitably, we will evaluate the situation, see who has recovered and who needs more playing time. Nobody is underestimating this match and we’ll try to win, as we always do. We don’t put limits on ourselves, but we must find the right approach to beat Milan and go into the semi-finals.”

Milan coach Stefano Pioli’s 4-2-3-1 setup will be with a Ciprian Tatarusanu to engage behind the goal. Alessio Romagnoli will be back in the centre of a much-disrupted defence and Fikayo Tomori is also an option. Pierre Kalulu is most likely to be benched. The duo of Calhanoglu and Bennacer (thigh strain) is unavailable because of coronavirus and thigh strain, so either Soualiho Meite or Sandro Tonali will partner Franck Kessie in midfield.

Antonio Conte to change his lineup a lot so he will certainly rely on his usual 3-5-2 formation.

Aleksandr Kolarov expected to replace the young centre-back. In midfield, Roberto Gagliardini could come in to the XI, with Arturo Vidal the man in danger of dropping out, while reserve wide men Matteo Darmian and Ivan Perisic potentially poised to start on the flanks. The Inter attack should be led by great duo of Romelu Lukaku and Lautaro Martinez, but Alexis Sanchez is poised to step in if needed.

It may well take extra time – or even the inimitable drama of penalties – to divide them, but gritty Inter can just edge a Milan side which has lost out on their two ‘big-match’ occasions since the turn of the year. Whatever the outcome, the sheer volume of enticing individual duels should have starry-eyed neutrals and hard-bitten tifosi alike entranced throughout another absorbing Derby della Madonnina.