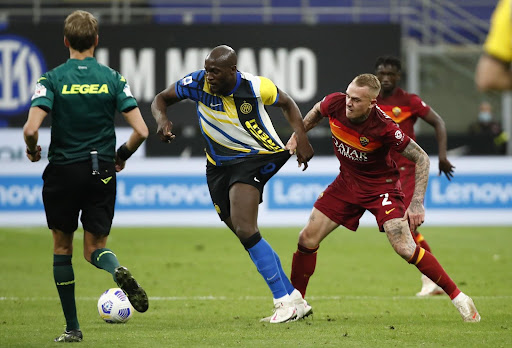 The Matchday no. 34 of Serie A presents us with an emphatic clash between two giants, which will set the Scudetto stage on fire. As the daring Inter Milan roster is charged up to host AS Roma side led by Jose Mourinho at the Mecca of Italian football, San Siro on Saturday.

The Milan-based club is currently standing in the second position in the Scudetto standings with 69 match points from 32 games. They have played one game less than the table-toppers AC Milan and a win from this fixture may keep them ahead of their arch-rivals with a crucial lead of a solitary point. The reigning Italian champions won consecutive five league titles between 2005 to 2010 and are also on verge of retaining another one.

The Giallorossi side of the Italian capital is considered one of the most reputed clubs due to its rich history and heritage. The legendary manager Jose Mourinho was brought to the Stadio Olimpico with an aim to relive the Rome legacy in the country’s top-flight football. Their chances of finishing inside the Top 4 are slim as there is still a five points difference between them and fourth-placed Juventus.

The Nerazzurri side is coming back to the domestic league after knocking city rivals AC Milan from Coppa Italia to make their way to the grand finale of the competition. It was a memorable ‘Derby Della Madonnina’ triumph for Inter as star forward Lautaro Martinez’s first-half brace helped them to conclude the clash on a 3-0 scoreline. 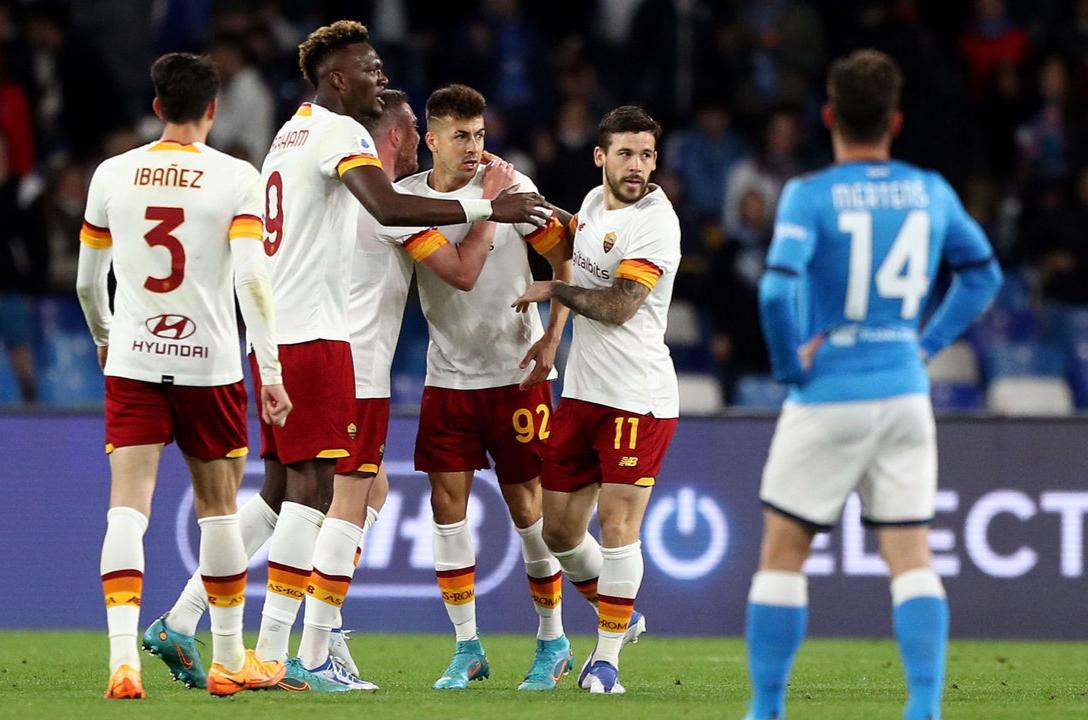 An injury-time equaliser from Stephen El Shaarawy held Napoli who was marching towards the top and let the Rossoneri side keep their pole position. Mourinho and away fans at the Stadio Diego Armando Maradona were pumped up when the Italian winger struck it into the net with the assistance of Tammy Abraham.

The previous face-off between these was staged in the Quarter-final round of the country’s premier cup competition where the blue side comfortably edged past its counterparts. Where the legendary former Roma striker Edin Dzeko broke the deadlock in the second minute and gave Nerazzurri a positive momentum early at the clock. 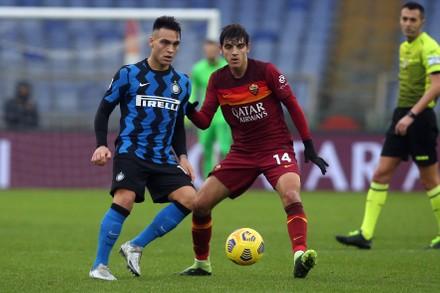 The head-to-head record of this rivalry from the past 30 occasions has been in control of AS Roma with 14 victories. Inter Milan has completed the count of 10 through their most recent triumph while six encounters concluded on a resultless scoreline. Interestingly, both combatants scored the same number of goals (42) against each other during that period.

Although the recency factor belongs to the Inter Milan side as they are cruising on a 10-match unbeaten streak against Roma. While the Giallorossi’s last win over the Capital club came back in February 2017 at Inter’s home San Siro on a 3-1 scoreline at the full-time whistle.

Even after the availability of Edin Dzeko and Alexis Sanchez, the Argentine youngster Joaquin Correa started the game ahead of the veteran options and proved himself by providing an assist to the second goal of the match. While Matteo Darmian who also bagged an assist and that too in the fourth minute to the opening goal is likely to get the nod ahead of Denzel Dumfries. Inter gaffer Simone Inzaghi may not consider any other changes to the starting eleven to keep the winning flow of the lineup on.

Jose Mourinho will be having certain changes in the lineup and formation as well. The accumulation of yellow cards has led Roma forward Nicolo Zaniolo to a one-match suspension which will sideline him from such an important fixture. Stephen El Shaarawy and Henrikh Mkhitaryan are likely to make a comeback into the starting eleven after delivering an impactful cameo in the Napoli clash.

Current odds and on-paper factors are highly favouring the Blue side to thrive. But not to forget Roma’s revolt against Napoli in their most recent game as they showed a glimpse of their capability to stun the giants in clutch moments. Especially ‘the special one’ Mourinho who loves the circumstances when odds are against his side to win the contest.