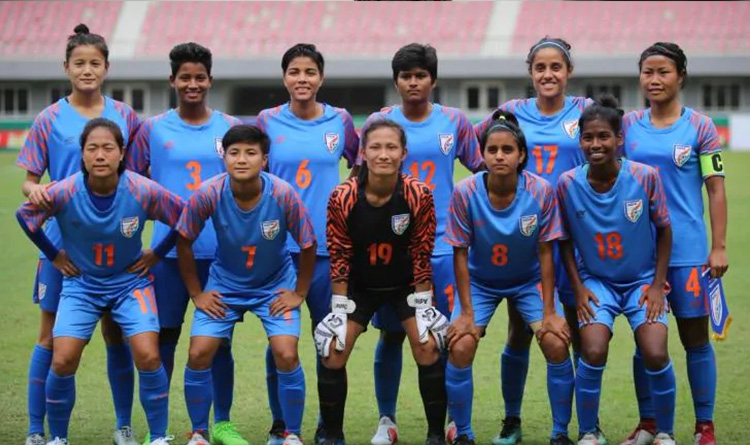 The virtual coaching conference was organized by the All India Football Federation (AIFF), where the coach was invited to speak about ‘Women’s Football in India.’

Last year, the Indian team climbed the FIFA ranking charts’ ladder to 57, which further improved to 55 in March 2020.

“Our journey has just started.” She added, “Thanks to the increased support from the AIFF and Government of India the women’s team has made tremendous progress in the last two years. We made plans—both short and long-term—for which we have received the best possible backing in every way.”

Maymol talked in detail about the matches played by the Indian team against several other quality teams, and told that India registered four wins in as many games.

In March 2020, India was crowned the SAFF champions for the fifth time, after they defeated Nepal by 3-1 on their home ground. The intense game raised chances of India to get past the second round of the Olympic qualifiers, before they lost to Myanmar with a single goal difference, despite an unbeaten performance of two wins and a draw.

The Indian team also finished second runners-up at the COTIF Cup held in Spain and played two friendly matches each against the higher-ranked teams of Uzbekistan and Vietnam. After this, they were successful in defending their gold medal at the South Asian Games in Nepal.

In November 2018, the Indian women’s football team made its way to the second round of the Olympic qualifiers for the first time in its history. Japan still remains the only country to have won the FIFA Women’s World Cup in all three categories.