India vs Jordan: Preview and Prediction  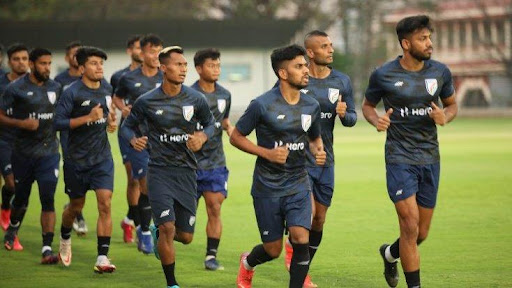 The Indian Football Team returns to action this Saturday as they clash swords with Jordan in Doha. This will be head coach Igor Stimac’s last opportunity to tinker with his formations and set his playing style before the team squares off against Cambodia, Afghanistan, and Hong Kong at the Asian Cup Qualifiers in June.

Since Igor Stimac helmed the affairs, the Indian Football Team has won only six international friendly matches. However, all of them have come against teams ranked lower than them. At the same time, the Blue Tigers have lost nine encounters while sharing the spoils with their opponents on ten occasions.

Jordan will lock horns against Kuwait, Indonesia, and Nepal in the Asian Cup Qualifiers and after the fixture against India, they will square off against Australia in a friendly match. The two matches should give ample time for head coach Adnan Hamad to impose his philosophy.

India underwent an intense preparatory training camp in Kolkata wherein they played three friendly matches. In their first encounter against ISL club ATK Mohun Bagan, Juan Ferrando’s side emerged victorious by a 2-1 margin, with Sunil Chhetri scoring for India. Liston Colaco and Kiyam Nassiri were the goalscorers for the Mariners.

Chhetri and Pandita found the back of the net against I-League Stars as India came out on top with a 2-0 win. Sahal Abdul Samad scored in India’s 1-1 draw against West Bengal while Sujit Singh got a goal to his name for the Santosh Trophy runners-up.

Jordan reached the quarter-finals of the 2021 FIFA Arab Cup wherein they lost 3-1 to Egypt. In the group stage, they lost 0-1 to Saudi Arabia and 0-4 to Morocco. They went on to beat Palestine 5-1 in the final group stage encounter before failing on the first hurdle of the knockout stage.

Jordan beat New Zealand 3-1 in January this year with Ali Iyad Ali Olwan striking a brace and Mousa Al-Tamari scoring from a penalty. With form backing them, Jordan enters into this encounter as the favorite.

As per records, India and Jordan have squared off against each other only once previously, with the latter winning by a 2-1 goal margin. The match took place in 2018 and since then, both teams have changed their head coaches. Nishu Kumar found the net for India in that encounter. 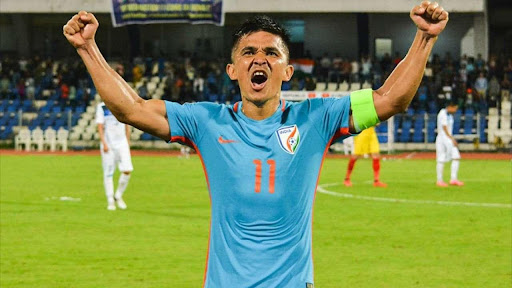 India has named a 25-member squad for the friendly match against Jordan with Sunil Chhetri returning to action after missing out on the friendlies against Belarus and Bahrain. The talismanic captain is known for his goalscoring abilities and will be the player to keep an eye on.

Lalengmawia misses out due to an injury while Prabhsukhan Gill, Chinglensana Singh, and Bipin Singh are some notable exclusions who performed brilliantly in ISL but failed to make the final cut.

Jordan head into this game as favourites and are likely to go full-out against India. The Blue Tigers continue to rely on Sunil Chhetri to find the back of the net but if the defence of the Arab nation can nullify his threat, India’s plans are likely to go into disarray. We predict a 3-0 win for Jordan.