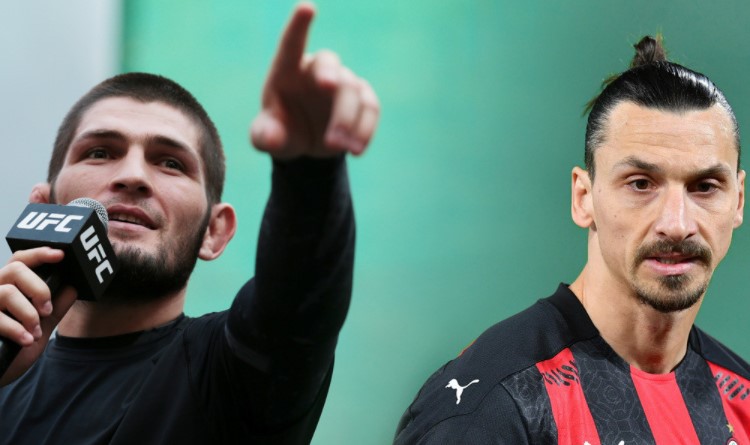 Retired Khabib Nurmagomedov and 39-year-old Ibra have good relationships. What playing for one football team would bring?

Recently it became known that the Dagestan fighter has ended his career. There are many rumors about what he will do next, Russian blogger Krasava released an interview where Khabib told about his plans and also showed a part of Zlatan’s audio message that he sent before one of his fights.

In the video, we can estimate the level of play that Khabib can display. After the game, the ex-fighter said that he needs at least 5 months of training to seriously think about a career at least at the semi-professional level.

“Honestly, I wanted to try something interesting. I was bored of MMA. I really want to compete. Yes, I got an offer from a local football club called Al-Wasl. Fenerbahce  also asked me to join this club. Zlatan Ibrahimovic even invited me to Milan!”

Moreover, he has revealed the inspirational message that Zlatan sent him prior to his victory against Gaethje.

“People always talk when you’re number one. They just want to find something to go against you. It’s always the same s****.”

The Swedish striker’s words seem to have had the desired effect, as Khabib won easily at UFC 254.

We also know a popular example when a famous athlete tried to become a football player: the sprint legend, Usain Bolt, has spent time on trial with a number of clubs but has now had to concede that no professional deal will be forthcoming.

“I don’t want to say it wasn’t dealt with properly, but I think we went about it, not the way we should and you learn your lesson, you live and you learn. It was a good experience. I really enjoyed just being in a team and it was different from track and field and it was fun while it lasted.”

Having left football behind, and sprinting in his past, Bolt explained he is focused on business going forward.

“I’m just doing many different things – the sports life is over, so I’m now moving into different businesses. I have a lot of things in the pipeline, so as I say, I’m just dabbling in everything and trying to be a businessman now.”