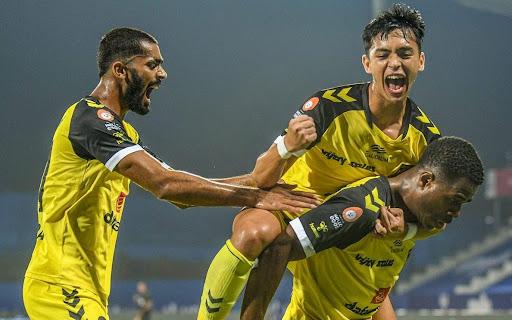 Hyderabad come into the game with a great run of form

Hyderabad goes up against NorthEast United in Match 28 of the Indian Super League (ISL) at the Athletic Stadium in Bambolim on Monday.

Hyderabad is sitting at fifth in the league standings with seven points from four fixtures while NorthEast United languish at ninth place in the standings with just four points on board from five matches so far.

Hyderabad is known for its plethora of Indian youngsters in the squad after an exemplary display under Manuel Marquez Roca the last season. The Nizams have brought in a few foreign reinforcements in the squad like Edu Garcia and Juanan among others to strengthen the core of the squad.

Hyderabad started the new season with a 1-0 defeat to Chennaiyin before bouncing in spectacular fashion by stunning league leaders Mumbai City with a 3-1 victory before a draw with Jamshedpur and a win over 2018-19 ISL champions Bengaluru.

NorthEast United has shown character so far by being the only side to have officially appointed an Indian head coach under Khalid Jamil. However, the Highlanders have been a shadow of the side which finished in the top four the last season.

They started the season with a 4-2 defeat to Bengaluru before a draw with Kerala Blasters. Chennaiyin beat NorthEast United 2-1 before Jamil rallied his team to an enthralling 2-1 win over Goa to only lose 1-0 to Odisha in the fifth match of the 2021-22 ISL season.

The two teams have played each other on four occasions in the last two seasons since Hyderabad came into existence. The first-ever game between the two sides ended in a 1-0 win for NorthEast United before Hyderabad registered two dominating wins over NorthEst United with 5-1 and 4-2 score lines. The fourth and final meeting between the two sides ended up in a 1-1 in the previous season. 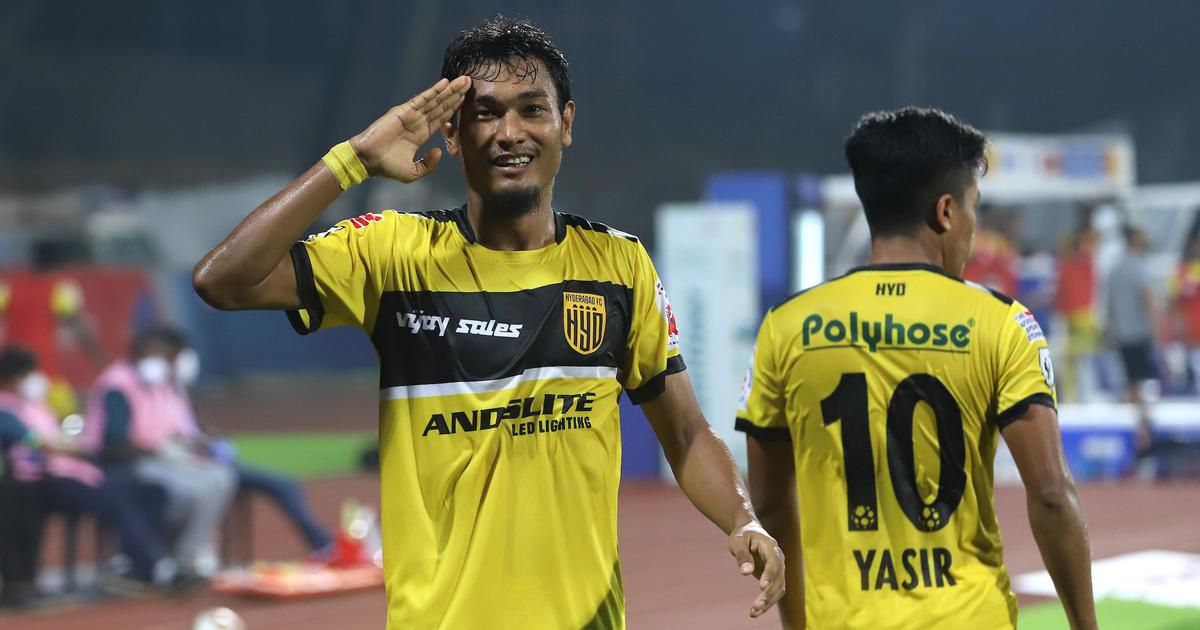 Hyderabad continues to miss out on the services of Halicharan Narzary and Mohammad Yasir who are nursing previous injuries. Garcia and Joel Chianese might be used in larger roles in central and attacking areas to test a much weakened NorthEast United defensive line-up. Javier Siveiro has not looked as sharp as Manolo Marquez would have wanted and there is a real chance the Spanish striker will be relegated to the bench.

NorthEast United was dealt a shock as chief playmaker Federico Gallego was ruled out of the ongoing league season as the club is looking for possible replacements for the Uruguayan midfielder in the January transfer window. Deshorn Brown also has not looked fit enough in the matches so far in the current season and might only be given a bit of a run-in in the second half.

Roca has done a phenomenal job with the team and the team looks settled already and Hyderabad has been far too clinical in all departments of the game giving all the other clubs a run for their money in the league.

Khalid Jamil’s side has had a shaky start to the season and was not at all convincing in the first few matches. Hyderabad is likely to get three more points and go second in the league standings after leapfrogging Odisha. We are predicting a 3-1 win for Hyderabad in this fixture.