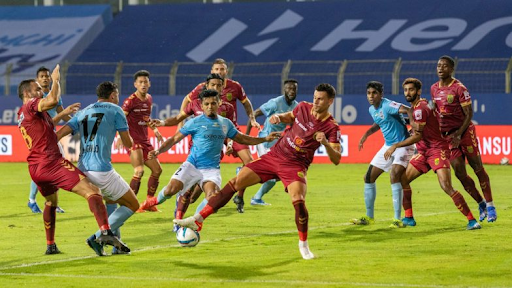 Hyderabad will take on Mumbai City in ‘Match 108’ of the 2021-22 Indian Super League season at the Fatorda Stadium on Saturday. This will be an extremely important match for both sides, as while the Nizams will be desperate to keep their hopes of lifting the league winners’ shield alive, the Islanders must win this match to remain in contention for a semi-final berth.

Hyderabad has been one of the most consistent sides of the season and has played an attractive brand of football. They are occupying the third position in the league standings, having accumulated 35 points from 19 matches.

On the other hand, Mumbai City has occasionally been impressive, but not consistently. They are placed in the fifth position with 31 points to their name from 19 matches. While a win here will help them remain alive in the top four race, they will still need Goa to beat Kerala Blasters on Sunday.

Hyderabad will aim to get back to winning ways, as their three-match winning streak came to a halt in the previous fixture, where they were handed a 3-0 drubbing by a highflying Jamshedpur team.

However, Manolo Marquez’s played well to beat Kerala Blasters by a 2-1 margin in the preceding game, while before taking on the Tuskers, they eked out a 3-2 triumph against Goa.

The defending champions did well to beat Goa by a 2-0 margin in the preceding game, where Mehtab Singh and Diego Mauricio got their names on the scoresheet. Before that, they won 1-0 against East Bengal.

Albeit by the narrowest of margins, Mumbai City holds the upper hand in terms of head-to-head records. They have won two of the five meetings against Hyderabad, with the Nizams have emerged victorious on a solitary occasion. Two matches have not produced a winner.

The first match of this season ended 3-1 in Hyderabad’s favor. Joao Victor, Bartholomew Ogbeche and Rohit Danu scored for Marquez’s team, while the Islanders’ lone goal was scored by Ahmed Jahouh. 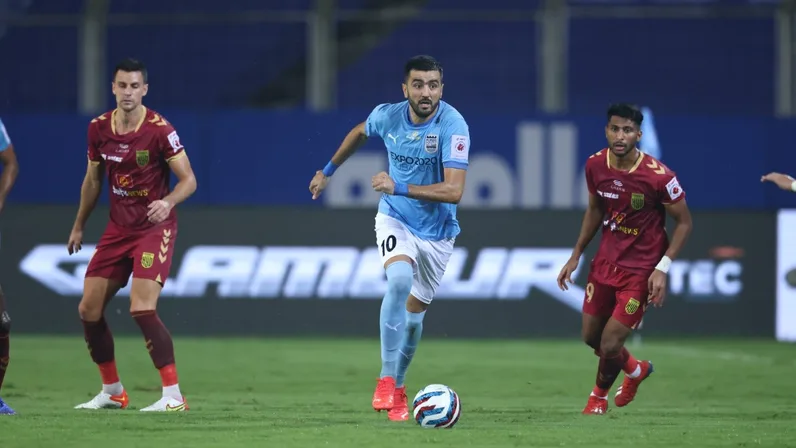 Ahmed Jahouh is expected to return in Mumbai City’s midfield

Marquez is likely to make quite a few changes to his team that lost 3-0 against Jamshedpur, both in terms of personnel and individual roles. Khassa Camara is expected to be deployed in his usual position of a central defensive midfielder, with Nikhil Poojari returning to his winger’s role.

Juanan is expected to be back in defense after serving his one-game suspension, with Asish Rai also likely to be reinstated in his right-back position. Besides that, Mohammad Yasir could be replaced by Rohit Danu.

Buckingham is expected to make five changes to his starting XI that lost 3-1 against Kerala Blasters, one of them being a forced change. Rahul Bheke will need to serve a one-game suspension after picking up four yellow cards, and he could be replaced by Amey Ranawade.

On the opposite flank, Vignesh Dakshinamurthy could take up the place of Mandar Rao Dessai, while Phurba Lachenpa is likely to replace Mohamad Nawaz in goal after the latter’s howler in the last match that led to the Tuskers’ third goal. Besides that, Ahmed Jahouh and Diego Mauricio are expected to come in for Brad Inman and Igor Angulo respectively.

Though Hyderabad has had a better overall campaign, they will be missing a few of their key players owing to multiple reasons. Hence, we have predicted a 2-1 scoreline in Mumbai City’s favor. 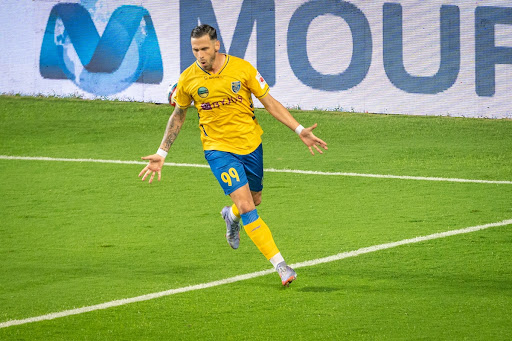