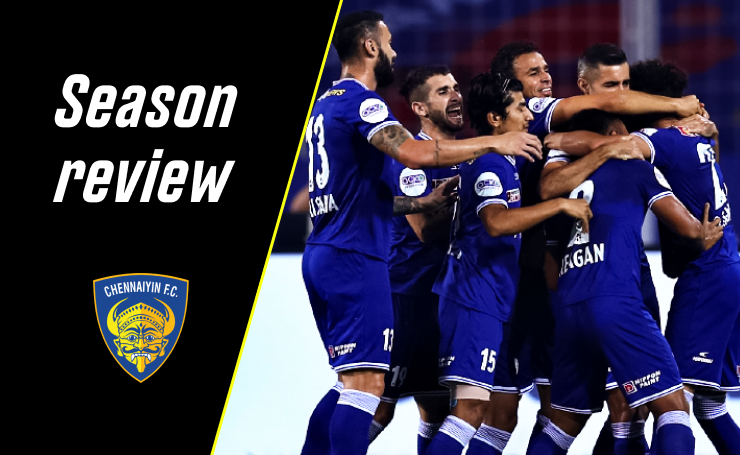 After losing the 2019-20 ISL final, the Marina Machans lost the services of their head coach Owen Coyle who led a remarkable turnaround in the team’s fortunes in the second half of the league season. The Chennai-based club could not hold on to last season’s Golden Boot winner Nerijus Valskis and right-back Laldinliana Renthlei with the duo following Coyle to Jamshedpur FC.

Ahead of the season, the club also let go of their leading goalscorer Jeje Lalpekhlua given the striker’s lack of fitness and lack of sharpness in front of the goal. The ‘Mizo Sniper’ spent just 262 minutes on the football pitch in Goa this season and failed to score even a single goal.

The club retained its young core of Indian players with Anirudh Thapa, Lallianzuala Chhangte, Vishal Kaith, Jerry Lalrinzuala, Germanpreet Singh, Deepak Tangri, Dhanpal Ganesh, and Rahim Ali playing the majority of the matches last season. The experienced full-back duo of Reagan Singh and Lalchhuanmawia was added to the Chennaiyin squad to provide some stability and cover at the back.

Former Uganda national team manager Csaba Laszlo was hired to be at the helm of the Marina Machans in this new era at the club.

Chennaiyin FC ended the season with 20 points from 20 matches winning just 3 matches, drawing a massive 11 matches (the most in the league this season), and losing 6 games.

But, the higher management continuously backed the Hungarian manager to come good and has stood by the 57-year old coach. The club is looking to back their manager during the off-season with a number of new signings as the two-time champions would look to reclaim their glory days back and challenge for the ‘top-four’ next season.

Laszlo is already looking ahead to the next season and promised fans much better results when they are back in the stadium next season.

“I know the fans are disappointed because we were not able to make the top four and that was our target. I think we played enjoyable football but we were unlucky. Hopefully, the next season, you [Chennaiyin fans] are with us and we can have a better run, especially if you are in the stadium.” 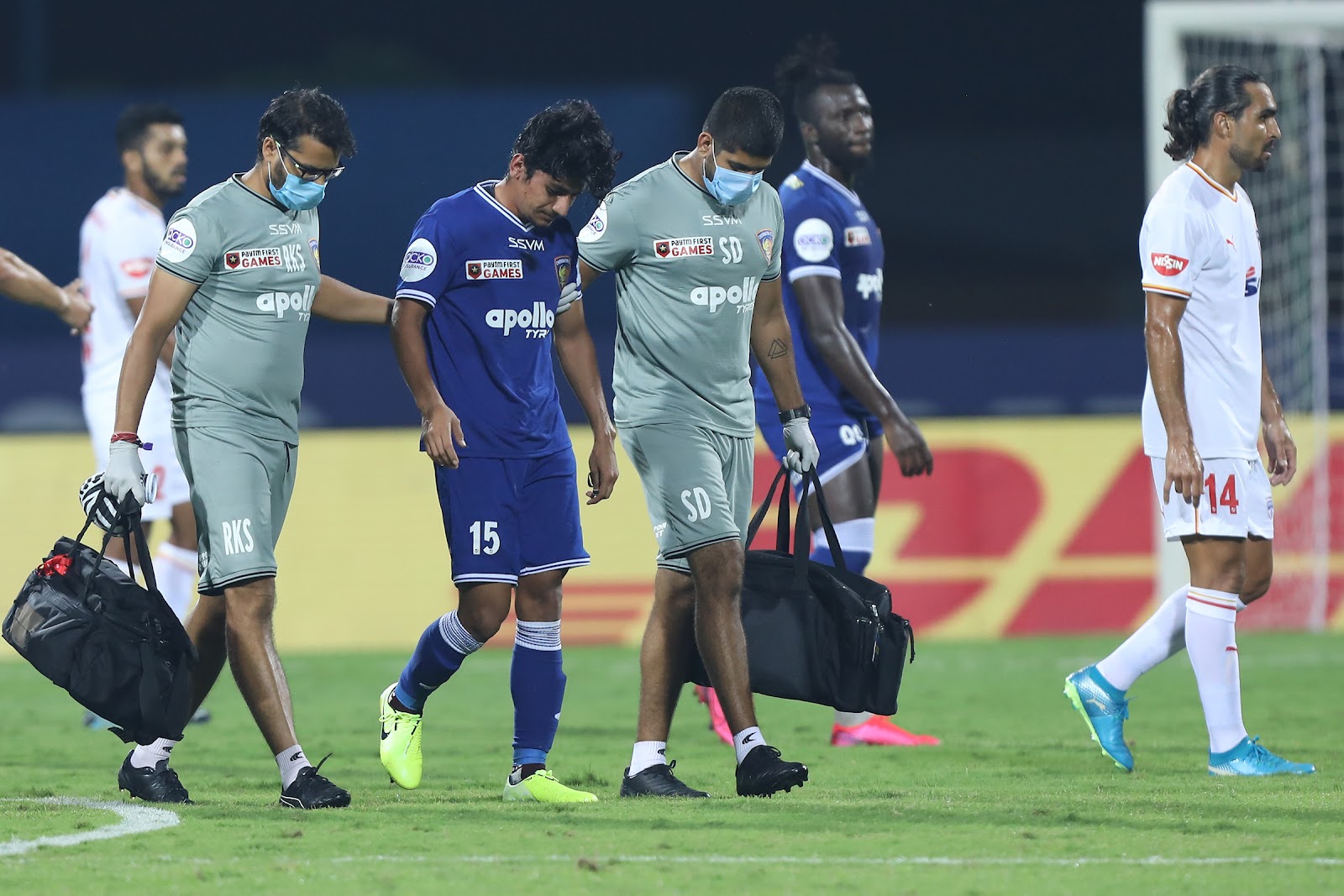 With the new manager coming in and the number of changes in the squad, it would never have been easy to find a settled starting XI at the club but injuries didn’t help the cause at all, worsening it to a large extent.

Midfield lynchpin Anirudh Thapa was injured in the match against Bengaluru FC and missed a number of matches throughout the season and even failed to complete 1000 minutes of the pitch.

The team missed creativity from the base of the midfield and with the 23-year old not fully fit throughout the season, it was a matter of concern for the head coach.

The Marina Machans went on a mini unbeaten run in the month of December but could not avail the services of Isma for the entirety of that period not allowing the club to maintain a good run of results. A thigh muscle strain allowed the former Nice forward to play for less than 50 minutes between 9th December and 10th January.

Club captain Rafael Crivellaro didn’t start the season with a loud bang but was slowly regaining form as he scored a goal and provided an assist as well against FC Goa. About 10 days later, the Brazilian attacking midfielder had to be taken off the field after he complained of pain in the ankle area. A few days later, the 32-year old was ruled out for the season with his replacement Manuel Lanzarote unavailable for the whole month of January due to quarantine rules.

Struggles in front of goal 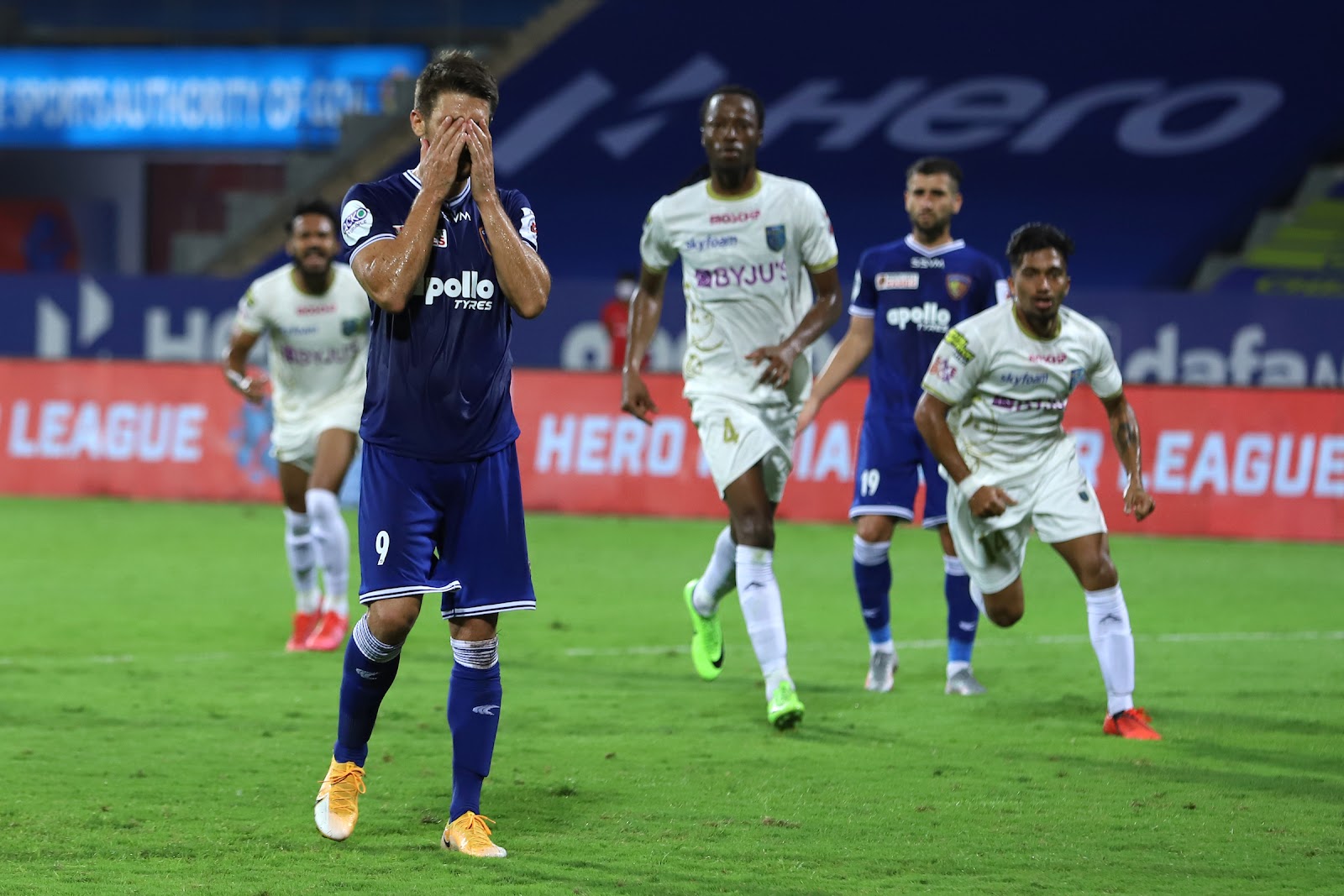 Chennaiyin FC rode high in the 2019-20 ISL season with goals from Nerijus Valskis, Rafael Crivellaro, Andre Schembri, and Lallianzuala Chhangte never allowing the club to worry about a change in the forward line.

In the 2020-21 ISL season, no player could even touch the 5-goal mark at the club as the club’s new No.9 Jakub Sylvester nettng only 2 goals in the entire league season despite making 19 appearances, 14 of those from the start. Lallianzuala Chhangte and Isma top-scored with 4 goals and Tajikistani winger Fatkhullo Fatkhuloev scored a solitary goal in the last match of the season for Chennaiyin FC.

Anirudh Thapa and Rahim Ali chipped in with 2 goals each but it could have never been enough as the club finished with the lowest goal tally in the league as the squad could score just 17 goals in total.

The overseas trio of Isma, Jakub Sylvester, and Fatkhullo Fatkhuloev could find themselves on the way out as Csaba Laszlo would be looking for better foreign imports who could lead his side to glory in the ISL.