Jamshedpur and Hyderabad players fight for the ball in the air

Bartholomew Ogbeche’s equalizer in the second half canceled out Greg Stewart’s stunning curler as Jamshedpur and Hyderabad played out a 1-1 draw in the 2021-22 Indian Super League season winning by a dominant margin of 5-1.

Jamshedpur head coach Owen Coyle made a single change to his starting XI from the 3-1 win against Goa as Eli Sabia came in for skipper Peter Hartley for the clash against the Nizams. On the other hand, Hyderabad head coach Manolo Marquez went in with an unchanged starting XI with Joel Chianese as the key playmaker in the middle in a 4-2-3-1 system.

From the initial minutes of the match, Hyderabad eventually started to control the possession and build up patiently from the back as Jamshedpur was happy to sit back and defend.

The first real chance of the game came in the 13th minute when Juanan headed wide off the Jamshedpur goal from a Yasir Mohammed corner.

It was Jamshedpur’s chance to have a big crack at the goal as Greg Stewart dispossessed Hitesh Sharma at the halfway line and made an impeccable solo 45-yard run from the right. After drifting into a central area, Stewart took a shot that rattled the right side of the woodwork before rolling across the face of the goal and going out of play while Laxmikant Kattimani was rooted to his spot. After consistent pressure from the Jamshedpur attackers, the Hyderabad defense fell apart as Chinglensana Singh gifted the ball away to an opposition player, and Stewart fed Nerijus Valskis whose low drive drifted wide.

After an almost ‘goal of the season’ contender by the former Rangers striker, Stewart made it 1-0 for Jamshedpur in the 41st minute with a wonder goal. The former Rangers forward received a throw-in from Ricky Lallawmawma and cut in from the left side of the pitch before curling the ball in the top right corner of the goal past a hapless Laxmikant Kattimani.

At the start of the second half, Marquez Roca introduced Rohit Danu in place of the ineffective Aniket Jadhav. The Nizams started the second-half strongly as Bartholomew Ogbeche headed over the goal after Joao Victor chip laid the ball in his path in the 48th minute. 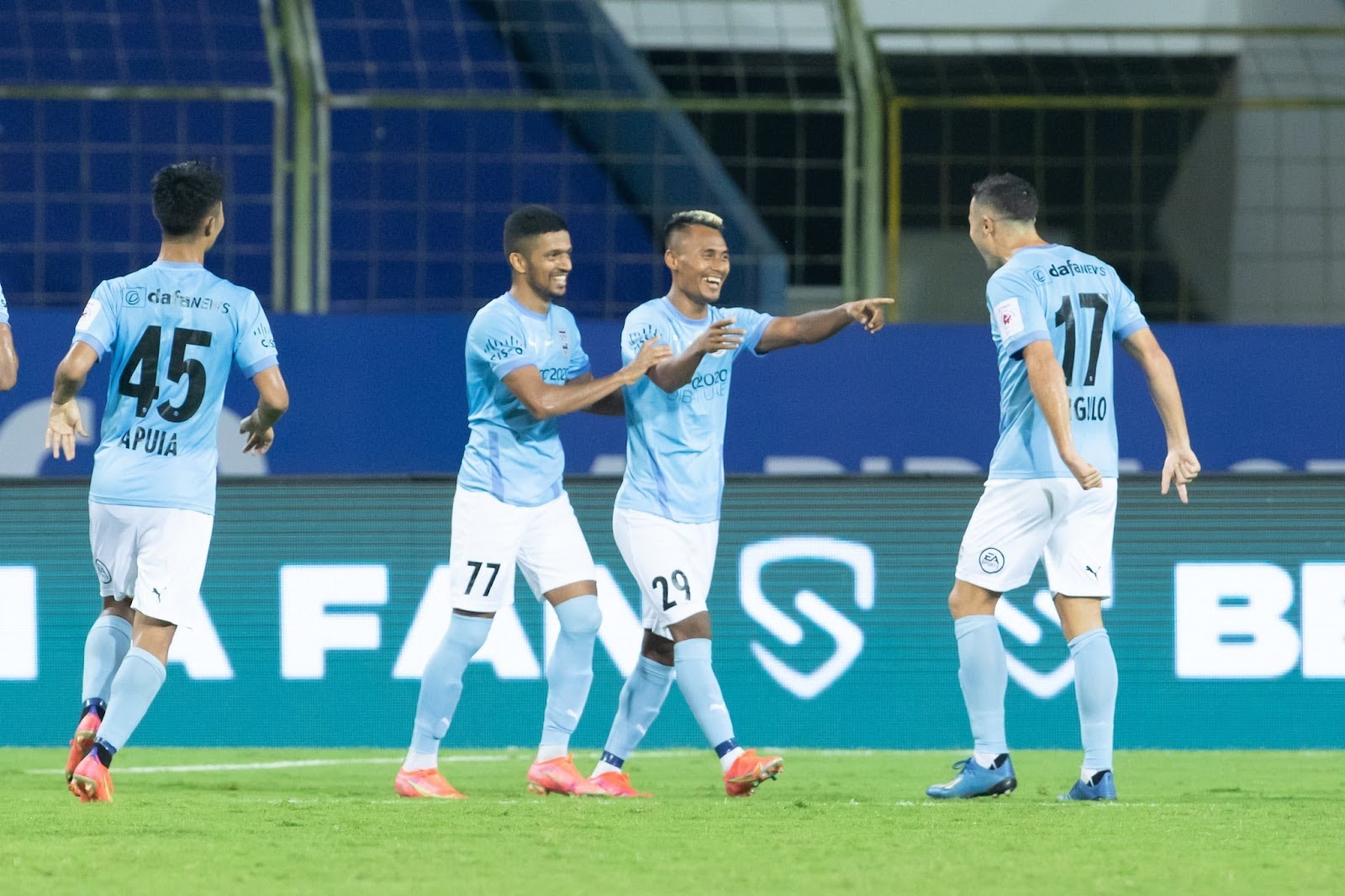 However, Bartholomew Ogbeche eventually put Hyderabad level on terms as they scored the equalizer in the 57th minute. Ogbeche and Joao Victor played a one-two before the former Mumbai City striker earned the ball back, went past Eli Sabia, and buried a strong strike into the back of the net past Rehenesh in goal.

The game grew into a cagey affair in the final thirty minutes as neither team showed enough quality in front of goal to score the decisive winner as the game ended with a 1-1 scoreline. The Hyderabad defense needed to stay on their toes as the pair of Stewart and Valskis kept making dangerous-looking runs which put immense pressure on the Nizams.

Jamshedpur and Hyderabad are now sitting at fifth and sixth in the ISL standings respectively after the draw. The Red Miners now play ATK Mohun Bagan on Monday while Hyderabad faces the 2018-19 ISL champions Bengaluru on Wednesday.