Both sides have struggled to get going this season

Two struggling teams of the 2021-22 Indian Super League season, Goa and Odisha will clash in ‘Match 78’ at the Athletic Stadium on Tuesday.

Odisha has blown hot and cold in this tournament and has never really found their footing. The Kalinga Warriors are placed in the eighth position in the league standings, having accumulated 17 points from 13 matches.

On the other hand, Goa’s season has been plagued with multiple obstacles which include a plethora of injuries, while former head coach Juan Ferrando leaving the team during a crucial stage did not help their cause either. The Gaurs have picked up only 14 points from as many matches and they are toiling at the ninth position.

Odisha has experienced all three possible outcomes in his last three matches – win, draw and defeat, which only highlights their lack of consistency. In their previous outing, Kino Garcia’s men were handed a 3-2 defeat against Hyderabad.

It was the Kalinga Warriors’ first defeat in two weeks as before taking on the Nizams, they drew 0-0 against ATK Mohun Bagan and registered a 2-0 win against NorthEast United, courtesy of goals from Daniel Lalhlimpuia and Aridai Cabrera.

In the two matches before that, the Gaurs played out a 1-1 stalemate against Bengaluru before losing out to East Bengal by a 2-1 margin. Dylan Fox scored against the Blues, while Alberto Noguera was on target against the Red and Golds.

Goa always tends to up the ante when they face Odisha. In the five meetings between these two sides, the Gaurs have emerged victorious on four occasions while the other match ended in a draw.

That draw was played out earlier this season. Ivan Gonzalez’s first-half goal gave the Gaurs a crucial lead, but Jonathas’ second-half strike rescued a point for the Kalinga Warriors. 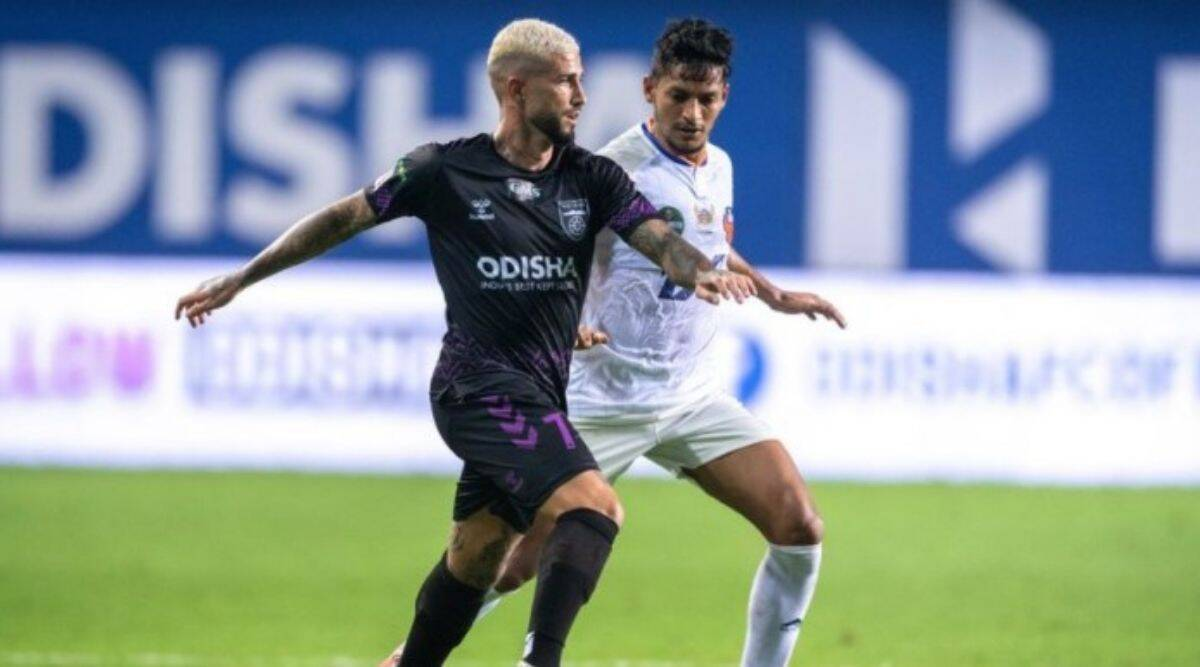 Pereira is expected to make wholesale changes to the Goa starting XI after a disappointing defeat against Jamshedpur. Firstly, Dheeraj Singh Moirangthem is likely to back in goal after Naveen Kumar’s howler against the Red Miners.

Central defender Aiban Dohling did not look comfortable in the left-back position and is expected to be replaced by Saviour Gama, while Princeton Rebello and Devendra Murgaonkar are likely to make way for Makan Chothe and Alexander Romario Jesuraj respectively.

On similar lines, Garcia is also expected to field a new-look Odisha starting XI for this match with right-back Lalhrezuala Sailung expected to make way for Hendry Antonay.

Besides that, we can also see a couple of changes in the attacking contingent as Aridai Cabrera has returned to grass and will be available for selection in this match. The Spaniard is likely to take up Liridon Krasniqi’s place, while Brazilian striker Jonathas can replace Nandhakumar Sekar and take up the No.9 role with Javi Hernandez playing from behind.

While there is not much to separate these two teams, Aridai Cabrera’s return will be a massive boost for Odisha. Hence, we have predicted a 2-1 scoreline in favor of the Kalinga Warriors.